I loved this game, I think it really captured the spirit of how a swashbuckling experience should feel, almost like watching one of the old classics. Combat looks excellent and can be extremely funny if you put in a bit of effort, as shown below with my finale confrontation with Don Villano. The environment, models and voice acting were pitch perfect for the over the top melodramatic tone of a true Swashbuckling story, my hat is off to whoever wrote those lines and as well to whoever spoke them with even half a straight face.

Something about some of the jokes and lines made me think you might've been referencing the tabletop RPG, 7th Sea, was that intentional or just all in my head?

My only really criticism would be that the perfectly timed parry, the one that stuns opponents, is a little difficult to use when fighting more than one person, due to locking on to enemies being a tad touchy. Apart from that, I wished there'd been more content in the game but I recognise that this is a student game and had to have a limited scope in order to have a chance of being finished. Still, if you ever decide to try to make a longer version, I'd definitely throw some money or effort at a Kickstarter. 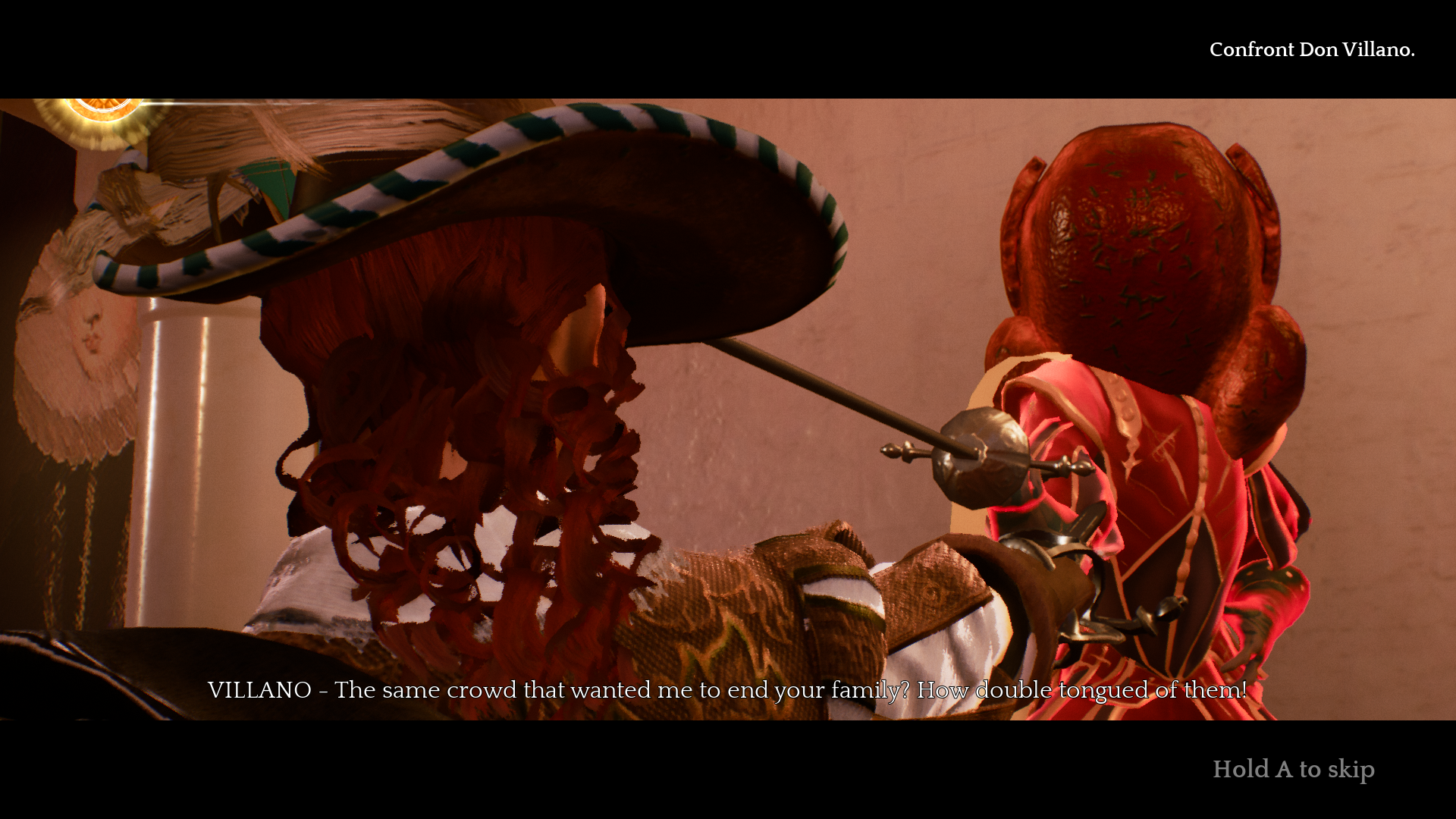 Hi! I'm so happy to read your comment, you perfectly understood what we wanted to convey with the game and we're glad you loved it!
Personally, I'm glad you enjoyed the tone, the writing and the voice acting, as I've put a lot of effort into those, to capture the feeling of a classic swashbuckling story.
Indeed, 7th Sea was one of our references during development, along with classic movies.
And yes, we'd love to make a longer version one day, but it won't happen right now.
Congrats for stucking the turkey on Don Villano's head :')