Someone asked this before and I couldn’t reproduce

The good news are that the issue is not specific to this extension (or maybe even GameMaker) and has something to do with Steam in Sandboxie in general.

So basically I've got a separate Steam installation on another folder on my Desktop, that's the one I launch with Sandboxie.

I made a shortcut to that, and ensured it runs as administrator and placed "-initbootstrap" in the target.

I then ran the shortcut: 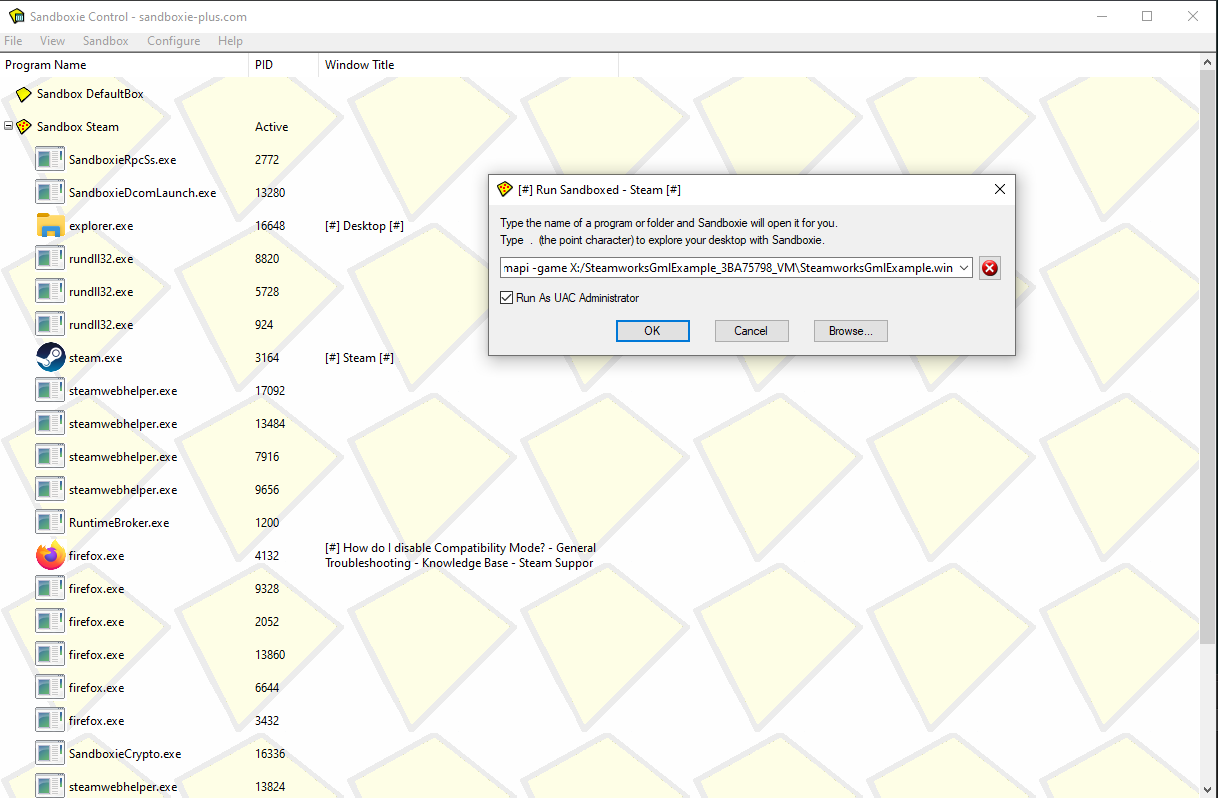 I'm also clicking "Run as UAC Administrator" for everything I'm running in Sandboxie.

Unfortunately even after all that, it's still not working. Second game client does not want to connect to Steam.

Are we sure at this point that it's not the runner/GameMaker doing something that's not allowing it to connect to Steam? Maybe it has something to do with the Steam App ID? I couldn't find out where to type it in in GMS2: 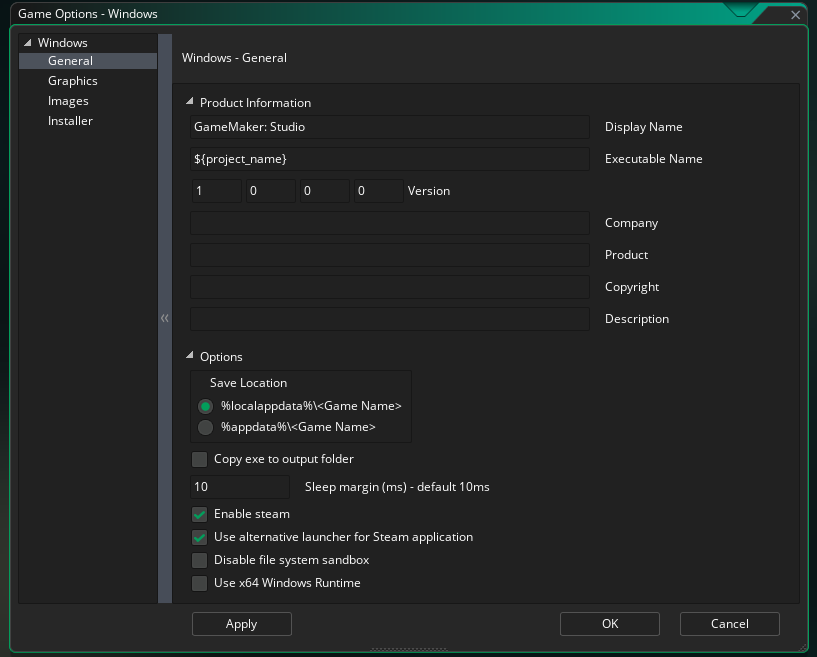 Are my game options fine?

And my GMS2 IDE/Runtime versions:

That seems normal, aside of using SDK 1.35a instead of the recommended 1.42