Viewing post in Scarlet of the City of Devils - Demo comments

This Game is really Fun and Awesome, I mean It's been a while since I played this kind of game style, I really like it! The Characters are Cute and Cool, the Background really blend in the Game and that was Awesome! The Fighting Move was Pretty Amazing specially the Spinning Attack, I like doing the Spinning Attack because it's fun! But what makes this game really really really Fun is how the Enemies are Freaking Agile, Seriously? Their so much agile at dodging than Scarlet! Not only that but the Damage seriously hurt so much. I feel like their Overpower than the Heroine Hahaha... Oh! And also the Bosses are way to Over Power specially Ruda! One swing then O.K! Really? One Hit? Hahaha... Don't get me wrong, I'm not complaining! I Love the Game by the way. I'm just Frustrated! Oh and I found a bug, When I was in battle I suddenly pause the game but when I press Enter again the game won't unpause. I press every button on the keyboard but it still won't unpause, so I just restart the game. I hope you'll fix this in the Future. Over all this game is Fun! I Love it! Can't wait for the Full Game!

I Hope You Won't mind if I upload My gameplay of this Game in my YouTube Channel, I Want to share it with My Friends and to Others.

Thank You For The Game!

Thank you! I am working on the game as of this moment. Be on the look out for the health and attack upgrades! They will help you get the edge over the demons.

Also I want to report that, when I keep spinning in this corner while an Enemy is attacking I'll be suddenly teleported in this shop. 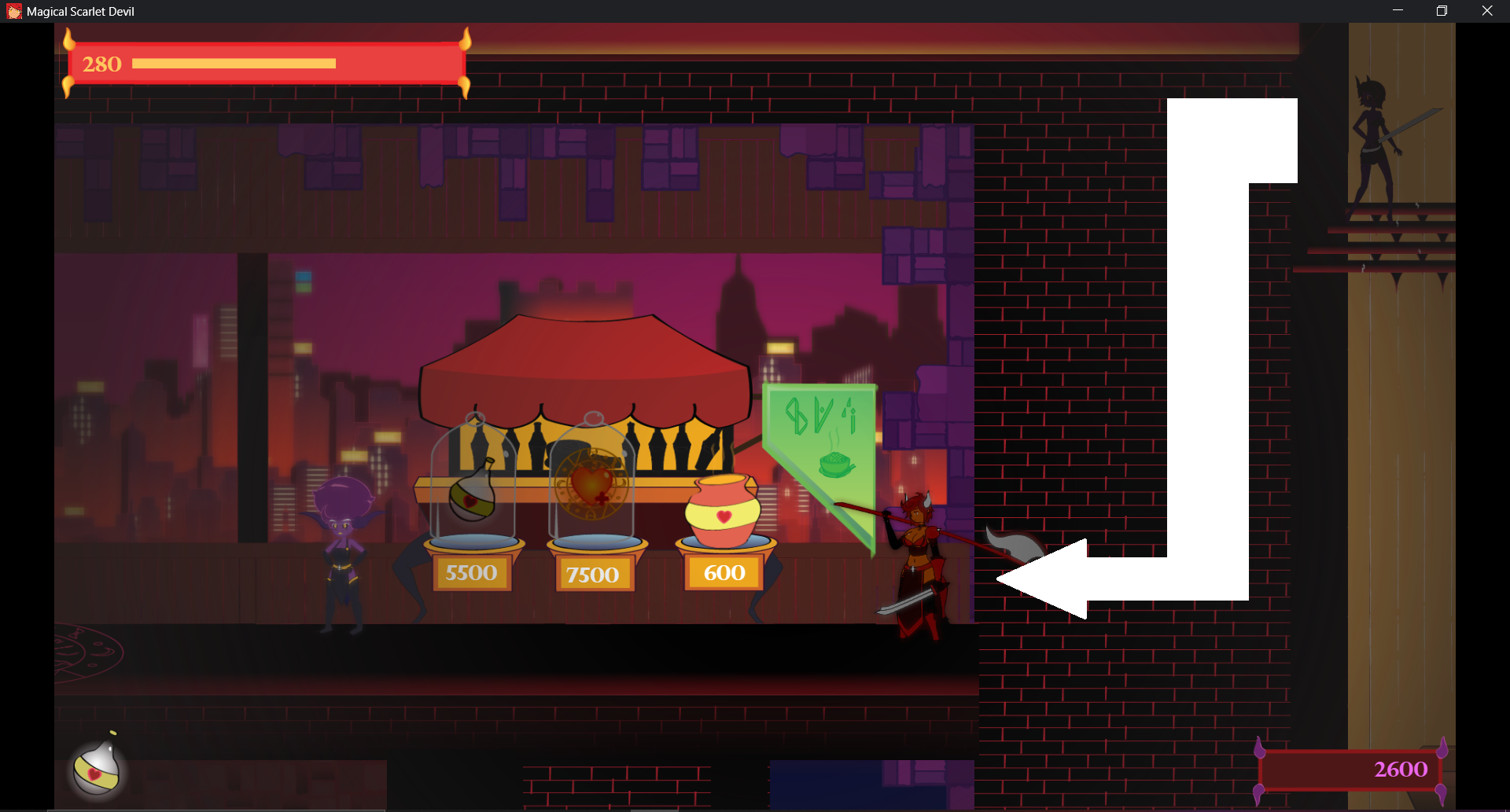 Crazy. I'll take a look and see what I can do. It could be a cool speed run glitch tho.