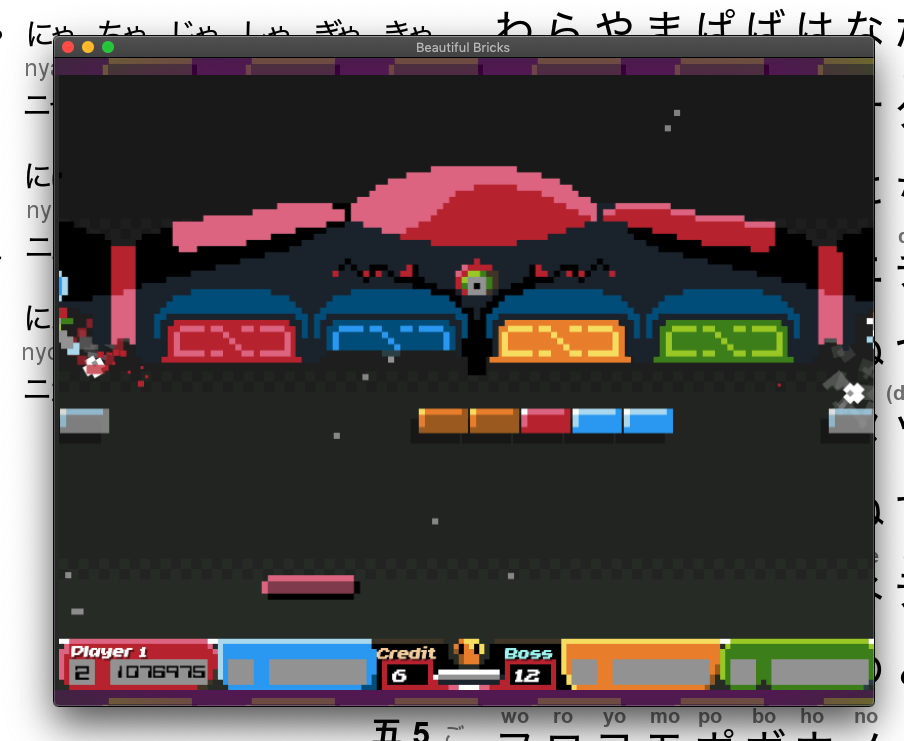 1. After defeating first phase of boss 10, which involves the black spiky ball then transforms into rainbow square, which fell on the paddle on its last stock, hits 0 then the score was high enough to trigger the stock extend, the paddle plays through without another ball spawning. Somewhere, it managed to tick ball count required to be 0 without proper lock-in for game over.

2. On the corrupted carrier ship, boss 12, several balls landed (both of them happen to be spark balls) onto the hit-able parts on slowdown at the edges, they stayed tight for so long the game freezes again, unable to pause the game. Had to force exit.