Is there an option where you can check out the person who is about to get executed for example, how beutiful they are? Btw I totally fogot to post the actual code report so here it is: 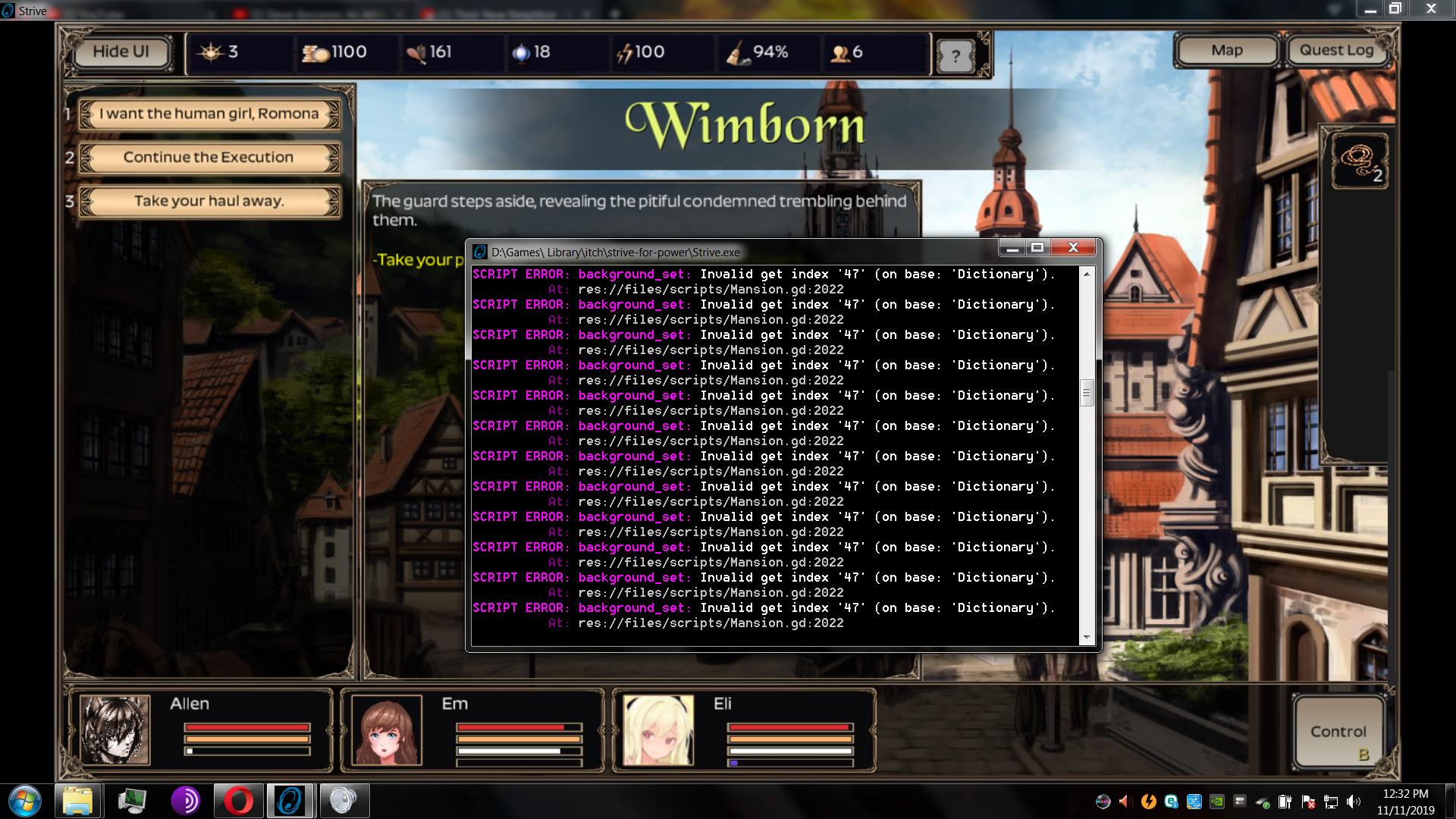 Not yet. The Execution system is primarily intended to clear the NPC lists and keep it from straining memory, and the “Hold Execution” was intended as a last minute “oh crap, I wanted that person but didn’t get the chance to grab them!” method.

If that is a feature that people really like or want more of, I could easily add in some quick descriptors (ie: The race age name is [beauty level]). Going deeper with a secondary “Inspect” option would involve fleshing out several different systems to give a “purchase a Guild Slave” feel instead of the Event/Scene that it is now. That second option would slate it more for a full, focused feature instead of a quick addition.

I think adding beauty age and perhaps level? Would probably be plenty. It does already mention their race, but as it stands now it kinda requires you to remember their name (which you only see if you actually defeated them) from a random combat session in which i guess you ran out of ropes?