Dr. Sato is a psychologist who is about to reveal his secret research
Submitted by Dorgam (@TheDorgam) — 2 hours, 42 minutes before the deadline
Add to collection 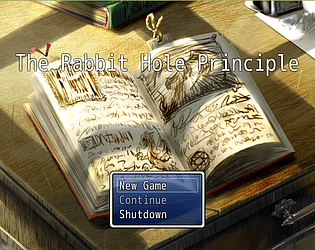 Amateur or Pro
Amateur. However, not my first game.

Do you want to be judged by our jury?
Yes

Neat game! I included it in part 8 of my WAG Challenge compilation video series, if you would like to check it out :) https://youtu.be/s0Fzo8YiKT0

The text based questioning format of this game works well but I don't understand why the player is forced to restart the entire interview if they get it wrong. You won't read through the entire interview again; you'll just pick a different answer. So maybe adding a means of being wrong to the story would help this along and make it feel less jarring.

The text stops at points that often don't make sense, for instance the text will lead up to a point, and then clicking the mouse adds a full stop, and another click switches to the next page. Could this be tweaked so that the text flows more naturally perhaps? Or have each sentence or paragraph be a new "page" rather than the text stopping in the middle of a thought?

I'd recommend running the text through a word processor of some kind before adding it to the game. There were a rather large number of grammatical errors that could have very easily been avoided had it been run through a spell checker.

A nice story! I especially like how it was all tied together at the end. And some of the interviews with the patients really made me laugh!