A touhou project doujin game about Flandore and her four fragments
Submitted by BLKgames — 2 hours, 36 minutes before the deadline
Add to collection 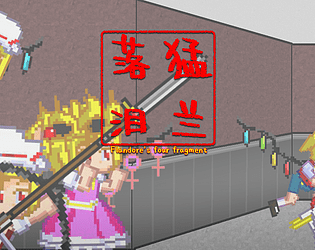 This has an astonishing amount of effort for a three day game jam. A fully fleshed-out puzzle game with four unique character, all of which have their own designs, abilities, and even subtle animation quirks that line up with their personalities, which honestly floored me. And I really like how the designs touch on gender roles and LGBT representation. That really ties it all together. The character abilities were really good and fleshed out too, thought he biggest missed opportunity imo was the boy Flandre. He didn't really get to do much besides distract simple enemies, but that's fair enough since we got three other useful characters.

The puzzles were pretty good too! I wasn't confused for the most part and everything had a pretty clear indicator of how you were supposed to interact with it. There were moments of confusion regarding remembering where each character was, and I feel like that could really be improved by the camera being more zoomed out or by adding an effect where the camera smoothly moves to the new character when switching. Just some small stuff that might help you keep your sense of direction, especially since the environment isn't too varied (thought it looks very good). Also the music got repetitive pretty fast, meaning maybe the game could have benefited from more sound effects, but it's pretty understandable if you didn't get the time.

Overall this was a great entry (and hopefully isn't overlooked due to the language barrier). Great job!

Thank you for your evaluation. We originally wanted to let the boy advance in order to get into some narrow passages in addition to seduce the enemy, but we encountered a serious bug, which made us have to remove this ability.

I love Flandore Giorno Scarlett Giovanna so much! 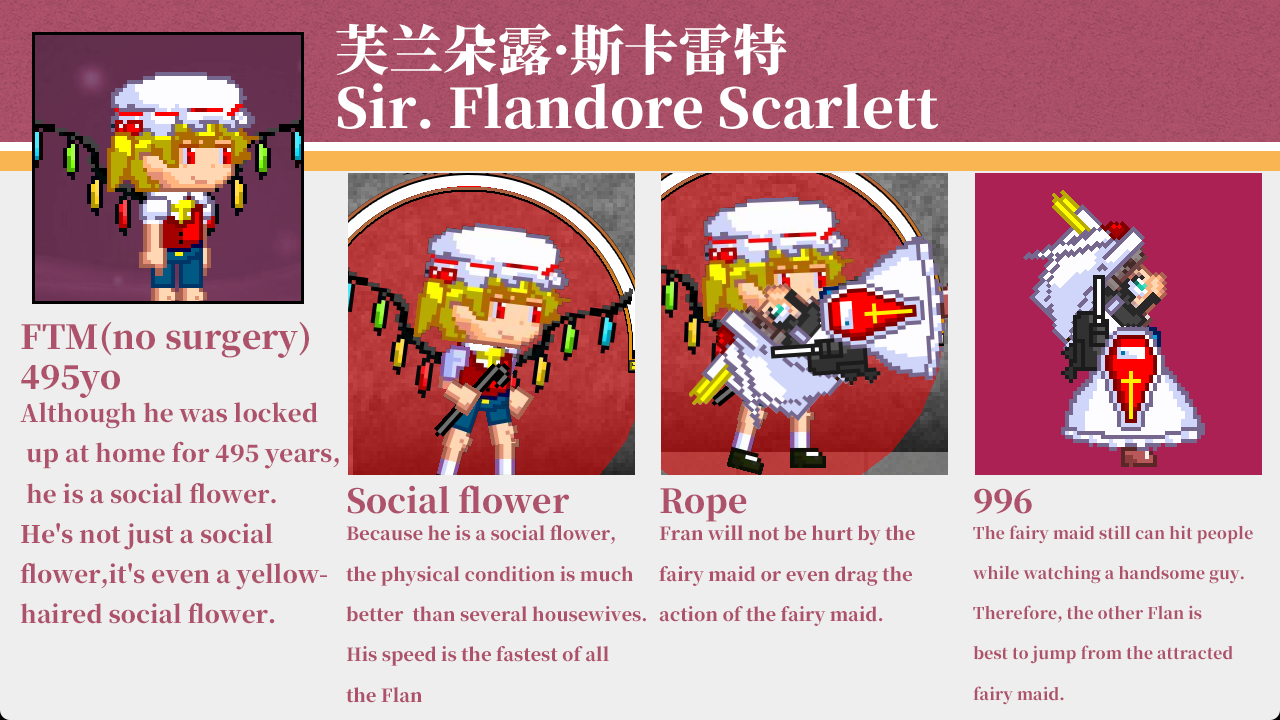 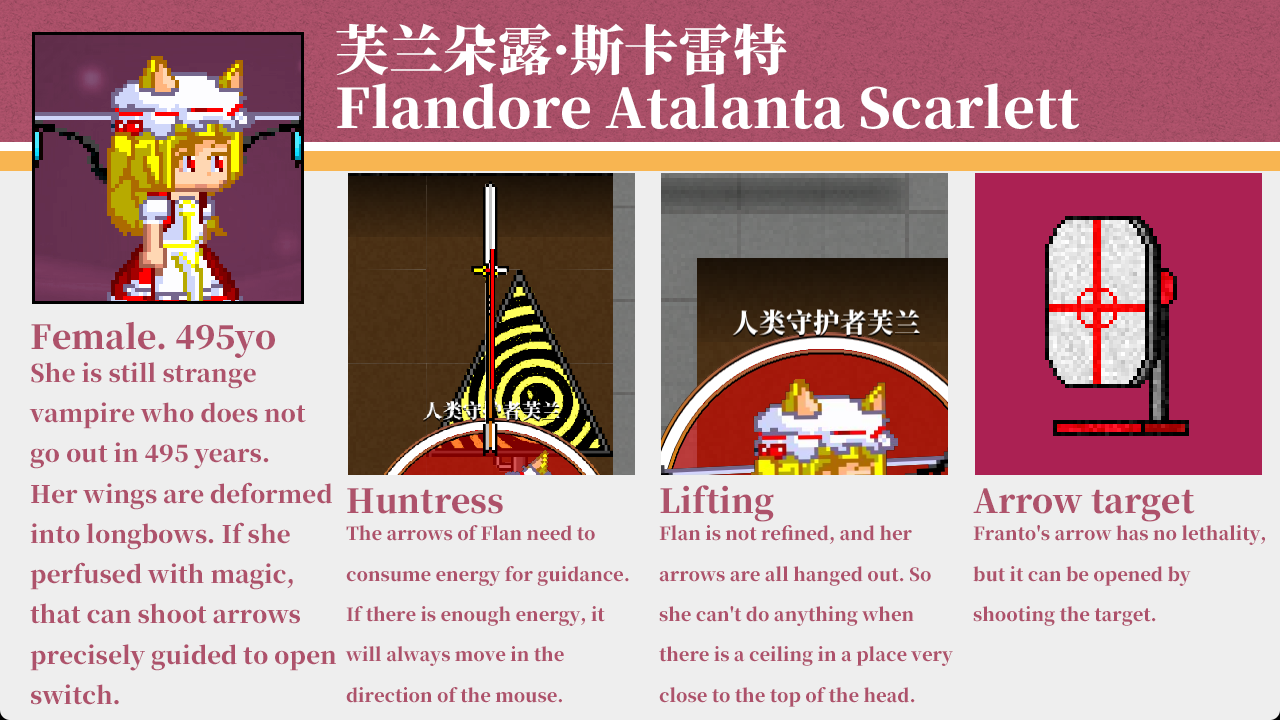 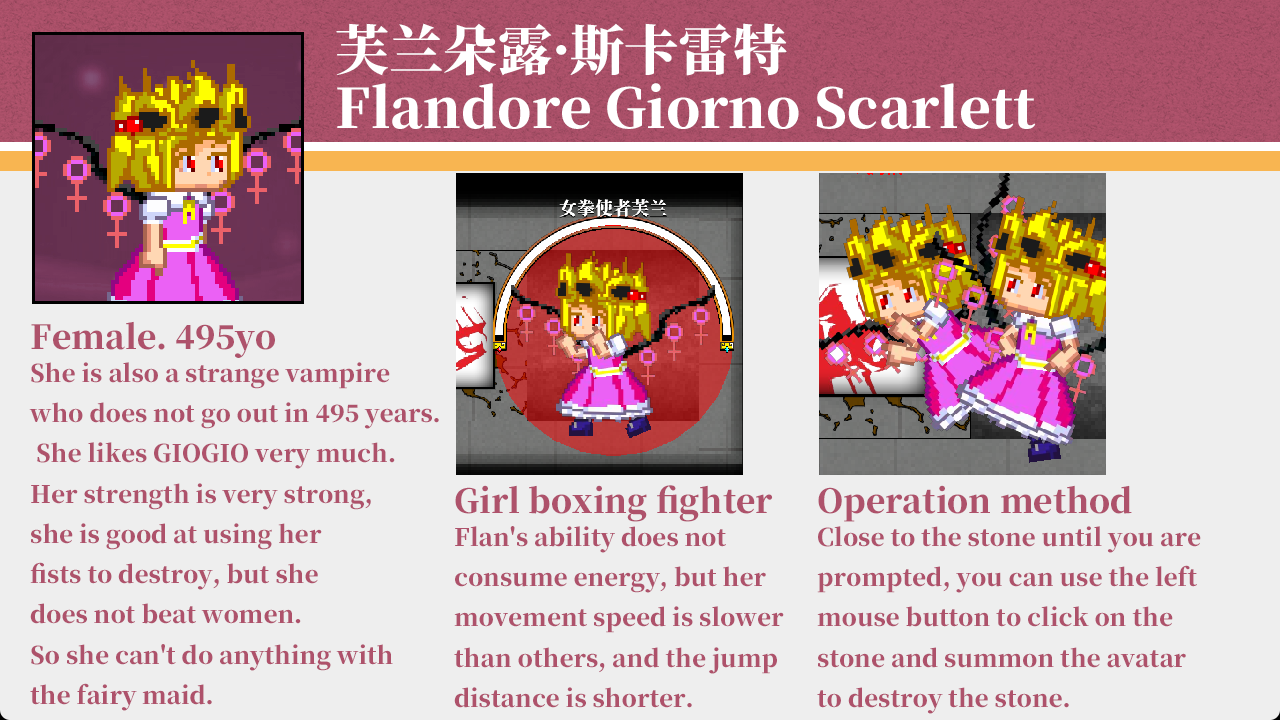 She (or they) is traped to a maze, every self of Flandore have a ability, you will use these ability to solute puzzle and leave the maze.