Side Quest #3 with Sports Interactive

A co-op Football Experience
Submitted by jonathanritson42 (@JR_GamesDesign) — 1 day, 21 hours before the deadline
Add to collection 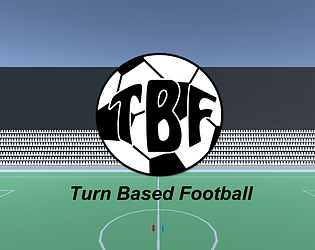 I really liked the idea... but it was sooooooo slow. I might not be the best person to judge this, since I have like no patience at all.

For what you've done in the short amount of time I think you've done great. The sound when there is good, the graphics are simple but great, suit the theme very well. I have to agree with RobsArt's comments about it being a bit slow. That being said I did enjoy this and would love to see some further improvement on it with an AI, quicker game play and maybe some more teams!

I had very mixed feelings playing this.

On the one hand I love football, so anything to do with just kicking a ball already gets a couple plus points. Watching the character slide up to the ball and hit it away actually had me laughing quite a bit. It wasnt what I was expecting, but it was enjoyable nonetheless.

However, all of it felt very slow.  The transitions from one move to the next, the player movement, the ball rolling, it all could have just been sped up a little. Also, the camera doesn't follow the ball after hitting it, which was quite disappointing to me!

In the end I had a decent amount of fun playing this, and I  can see myself playing a slightly improved version again some day.

Thank you for playing and all of the feedback. I completely agree with you and with more time, once I have finished my uni course, I would love to make an improved version. Plus then I would be able to devote more time towards Game-jams such as this.