Fix the systems inside the air ducts. What could go wrong?
Submitted by MagicCat Games — 1 minute, 51 seconds before the deadline
Add to collection 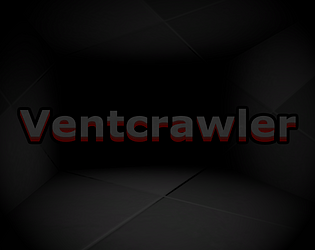 I'm too scared to play this game again after watching @caveware play it on our stream, but you should know that you made him scream with terror. That alone is a solid five stars for scares. As far as feedback - I think modifying it further would sacrifice the simplicity of the concept and the scares. Maybe a small UI for players to better gauge their progress - but then again, the contextless play and the wide open void of the vent is eerie in itself. Maybe more creepy crawlies?

Thanks for submitting this game to SCREAM EMPIRE!

I jumped the first time octopus man (let's call him this way, lol) came and sucked my soul out

However, I didn't understand what clicking the mouse does? The sound effect of octopus man running through the vents felt great! From the get go I knew I wasn't alone. But it was really hard to hear him coming for you!

What will this mechanic be?

there will be a flashlight battery too

The premise of the game revolves around the player activating switches throughout the map in order to escape from the vents while avoiding the enemy, hence the name ventcrawler. Despite the simple premise the developer made it a quite enjoyable experince and especially a scary one. Ambiance plays throughout the game and the only other sound is the static that the monster produces. The graphics of the game is rather mundane, however, don't let that sway your opinion of the game because it's actually beneficial as it forces the player to focus on other aspects of the game and compliments the overall simple game design. After the player has successfully activated 3 switches they can move onto the second day by going back to the start. To me this game represents more than just a guy trying to escape the vents, it represents a man who just wants to live free struggling under the restraints of society. I rate this game 5/5.