On a distant moon, translating messages from aliens . . .
Submitted by max levine stuff — 1 day, 9 hours before the deadline
Add to collection 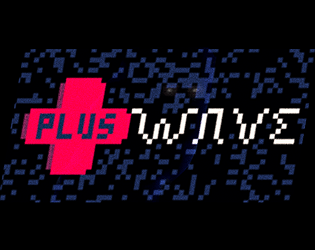 Challenging but well made game. I included it in my ProcJam compilation video series, if you’d like to take a look. :)

I've been working on this game for a few months, and just as I was putting the finishing touches on it, ProcJam happens! Perfect timing!

In this game, all the waves in it are randomly generated using a system I developed that are better explained in the bonus document ($5), but I will give a brief description here. Two functions: create_wave() and calculate_wave(x). create_wave() generated a table of IDs, with at least one row, and at the end of each row a special ID says whether there will be another row, and if so, what to do with that next row. calculate_wave() puts the table into action. It starts with x and then performs operations on it for the 1st row in the table - this might amount to something like (1/2*)sin(-x+2)-1. Then, at the end of the row there is an ID that says to just stop there, or multiply, add to, or divide by the next row. If it were multiply, then the next thing ended up with could be ((1/2*)sin(-x+2)-1)(-cos(x^2)). Wow, I think I may have explained it better here than in the bonus document.

Also, the title screen music is randomly generated! It used the melody from DDLC's Dreams of Love and Literature, except with random starting and ending notes. There are also random buzz noises and a drum base. I haven't ever really composed any music before this.

Thanks for checking out PlusWave!