Submitted by tallshrimp (@tall_shrimp) — 12 minutes, 21 seconds before the deadline
Add to collection 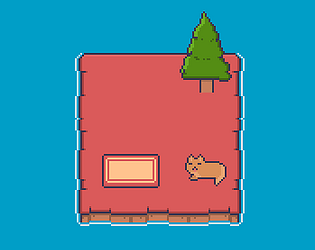 I think this is a really neat idea for a game. It feels ambitious from a design perspective, so kudos on trying to do it in a week! It is also probably a bit hard to understand for someone without a primer in modal logic, but it could also be very useful to someone just starting out. Well done!

If you continue developing this, I have two suggestions. 1) The connection mechanism felt a bit clunky. If possible, a click-and-drag or a click-to-open-dropdown mechanism would be more intuitive. 2) A sandbox mode would be nice, i.e. something where you could construct your own sets of worlds and it would spit out facts about them, or where you could ask place the connections and ask it whether a claim was true.