A fun 'n fast sport game for up to 4 players. (Has a Free DEMO)
Submitted by LaPieza — 36 minutes, 40 seconds before the deadline
Add to collection 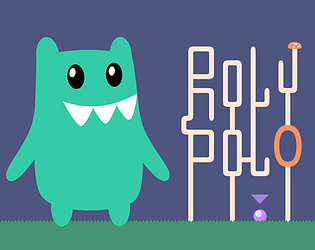 Description
Roly-Polo it's a fast and fun sports videogame for up one to four players.

In the game you control a PillBugBear (or two on Twins-Mode), to win you have to score 15 points by throwing the purple ball through the ring goals.

The DEMO has only one stage but you can get the full version on itch.io.

Note:
The audio takes some time load on the loading screen.

How long have you spent working on code for the game?
Longer but not sure about the exact time, started the project 5 years ago, but the official store got closed before I could submit it and I archived it with some updates on AI and bug fixing over the years, until this year were I used some spare time to finish the last details and upload it to itch.io. 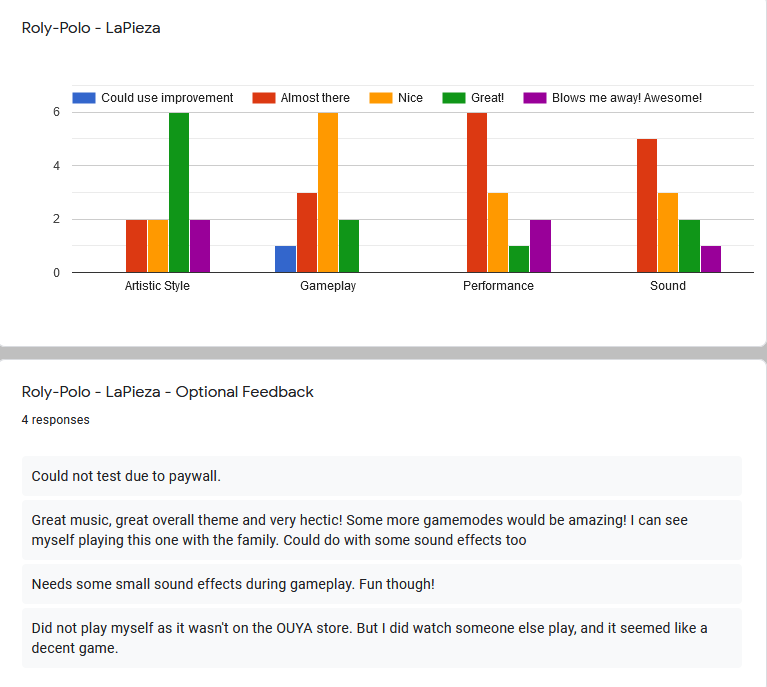 Thanks for the feedback for the game on the Ouya console, I'll check if I can add some sounds effects, I tried once with one for the goal but it became to repetitive, maybe adding various and playing them at random could do the trick.

I'm wondering about the one that talks about the paywall, it has a demo with one stage (after the intro stage) that can be fully played against friends or the A.I., maybe it's not so clear.

About the Ouya Store, I think it has to do with the signing process, there used to be various ways to sign the file for a javascript game for Android 4.1 but now they don't work anymore so I autosigned it, it works for sideloading but as far a I know it doesn't work with Ouya's Store, if I find another method I will try it on the future, but for now it's easy sideloadeable.

Thanks for playing and for the feedback.

The game it's paid but also includes a free DEMO, as it was common for Ouya's games back in those days.