The game where Players escape the deadly predicament they designed for their Characters themselves
Submitted by axoona (@axoonaa) — 21 days, 12 hours before the deadline
Add to collection 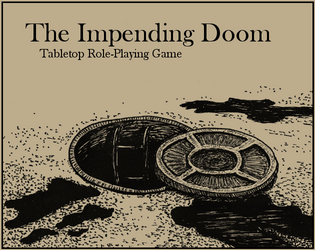 wow yours is really unique. It's kind of like roleplaying the characters in those Final Destination films. Very good work :D

yes that's sort of what I had in mind! it was originally an idea I had for a video game that I never worked on (it would have taken ages I think, so I never even started..), turns out adapting it to tabletop litteraly just takes 1 page :D

Being an avid TTRPG player, it's funny that I never considered this earlier, sometimes one just needs a spark I guess!