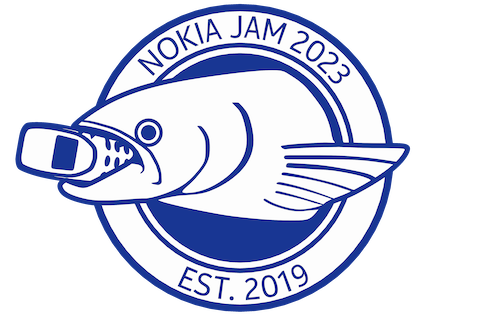 Welcome to the 5th annual Nokia 3310 Jam! Work solo or make a team to create a game using the restrictions of the original Nokia 3310 phone from the 2000s!

Below you will find the rules, restrictions, and ranking details of the jam. This year you will be able to choose from three different palettes the Nokia 3310 was known for. Have fun working within these restrictions! For more detailed questions please view the FAQ in the jam's community tab.

Games must have a resolution of 84 x 48. It is recommended to scale the game's resolution up so its playable but the base resolution must still be 84 x 48. Your game can be either landscape or portrait. The Nokia 3310 was incapable of sub-pixel movement and sub-pixel scrolling so it is NOT allowed. This means all pixels must be perfectly aligned with the pixel grid. There should be no half-pixels even while moving.

Any game engine is allowed as long as you can set your game's resolution to 84 x 48 or limit the number of pixels the player sees to 84 x 48. It must also be able to use the provided palette.

To most accurately represent the sound the Nokia 3310 was capable of, please use the sound resources available for download on the official itch.io resource page. There should only be one audio channel and one sound played at a time. So if you have music playing and a sound effect is played it should interrupt the music, not play over the top of the music.

Games can have a maximum of 12 controls (the Nokia 3310's keypad). Controls can be mapped to a numpad but it is recommended you offer alternative mappings like arrow keys or WASD so people without a numpad can still play. Mouse controls are only allowed if you are interacting with a simulated keypad on-screen. Otherwise, all controls should be on keyboard.

Games will be judged by submitters and contributors via itch.io's rating que system. After five games from the que have been rated the ability to rate any game will be unlocked. The top three games will be featured on next year's jam page. The first place winner gets an exclusive "Nokia Jam 5 Winner" title in the Nokia Jam discord server.

Games will be rated based on these three categories:

How unique is the game's design? What was the developer(s) able to accomplish within the restrictions?

How enjoyable was the game? Were there any bugs or crashes?

Is audio present? Does the game feel coherent?

The optional theme will be revealed at the jam start.

Looking for some inspiration before you get started? Check out all past submission and the top three games from last year's jam!

Join the Discord community and say hello to your fellow jammers. Find helpful resources like fonts, sounds, and more on our resource page. Follow us on twitter for the latest updates! Website coming soon.