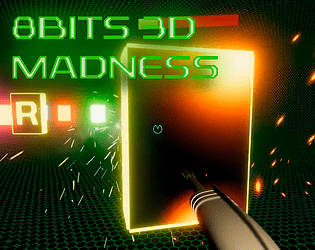 Which games did you mashup?
Pac-Man & Uno

Which parts of the game did you create BEFORE the jam STARTED?
Basic FPS Mechanics

Which parts of the game did you NOT create?
The music, provided by Incompetech.com

Nice graphics! I included it in my compilation video series of the Mashup Jam games, if you’d like to take a look. :)

Big issues with 3D games is compatibility with all computers :/

Hi! Did you had any issues? Im planning to release the game for other platforms, including a web one. Thanks for the feedback!