Its interesting? I don't know why I'm a pirate slime but that isn't why the stars are low. Its low because the blackjack is just spam one button and you win half the time because its only ones and twos. That and the parkour to get coins for the mushroom is just as repetative as the blackjack to get the mushroom. sometimes i could be slightly off the edge and live others i die as soon as i touch the edge- it just was not the most fun thing to play. It has it's charms and was a bit fun at first like when i first tried the parkour and found the key. I still don't know what any of the other buttons in black jack do and the fact every time i won it was 50/50 chance i had to press esc because it broke. I do really like how it looks and the idea could be interesting I just think it was not done in a fun way here sadly. 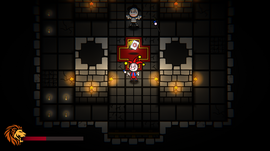 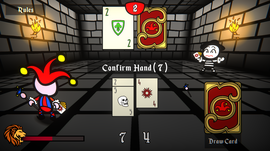 So much fun, Fantastic!!