Challenge your creativity and create your own path in this new take on the classic 2D platformer genre.
Submitted by Sealhorse Studios, SH Creations, fbjorn, THE_SwedishLad, Lincke94, Vedbod, PontusCanholm, Gouvernour, youngheioh — 2 days, 1 hour before the deadline
Add to collection 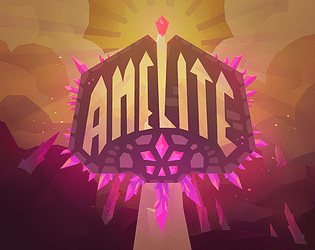 I was surprised to see such a "hard" game in the competition! I'm a big fan of difficulty in videogames, I always like a challenge, and most developers are afraid of rejection towards their game if it becomes too hard,  so props for delving into that!

The game was vibrant all the way through, very consistent art style, and magnificent level design. I played Kirby Canvas Curse when I was younger, and I've seen Celeste multiple times, so I was familiar with the concepts. The autoscroller towards the end was tough but fair, it's by far my favourite level.

My pet peeve for this game is the wall-jumping. My instinct was to press the directional key away from the wall before jumping, but that made the character un-cling a bit too fast for my taste, which resulted in me plummetting to my death several times. I also thought it was a bit inconsistent to grab a ledge and jump upwards instead of away from the wall. There was several instances where I wanted to do one thing and ended up doing the other one, once again resulting in gruesome deaths.

Other than that, I had a lot of fun playing. Every level was thought out, and I had to switch from good platforming to good "ink" management, to both at once. Other people have said this as well, but this feels like a finished game too, not just a vertical slice. Congratulations!

Thank you so much for your kind words! The team has been working super hard, and it's incredible to see that it really paid off!

Just like you mentioned with the wall-jumping, we want to do some more rework with it to really make it feel responsive and fair. We're not planning to stop developing this game just yet, so stay tuned for more updates!

LikeReply
Jad the BerrySubmitted1 year ago(+2)

Love it! what more can I say.

Thank you! What more can we ask for.

I'll leave some more comments in the jury feedback form (which by the look of things will become visible towards the end of GGC).

Here's a link to the playthrough I mentioned! https://youtu.be/qCfPwXDqKZk

Thank you so much, and it was really fun to have you by our carpet in gather! You gave us some great feedback and your kind words meant a lot!

Your playthrough was really impressive and fun to watch! You currently have the record time for first time playthrough. Maybe the next step is beating the all time player record at 6:40?

Played the game to completion. Left more exhaustive feedback on the form but the short of it is I really enjoyed it. Part of me is hoping that you might expand on this game in some fashion.

Thank you so much for your kind words and the amazing feedback you left in the survey! It was a great read, and the guy that made level 9 sends his love <3

I am blown away by this game! As a huge fan of celeste I can see the inspiration! The character art, animation, and sounds fit perfectly and the whole thing was just a blast to play. There were some rooms that took me too long to do, but it felt so rewarding when I finally mastered them.

This one left me wanting so much more. Really impressive guys!

Thank you so much for your kind words! The team is really happy with how it turned out, and we're super exited to hear that you seem to like it as much as we do!

This was super fun, if also super frustrating! Had a great time with it.

The music fits the game really well, and the minimal sounds. And being able to draw the little platforms at an angle is a really nice touch.

One note, there is a bug if you are playing inside the page (i.e. don't fullscreen) and then accidentally hit the 'go fullscreen' button the controls somehow go weird - for me, it was both a and d would run to the right. If you escape out to windowed it works correctly again.

Thank you so much for playing our game, and we're really happy to hear that you enjoyed it!

Great of you to inform us about the bug, we'll look into it and see if we can figure out what's causing the problem!