By The BallsView game page 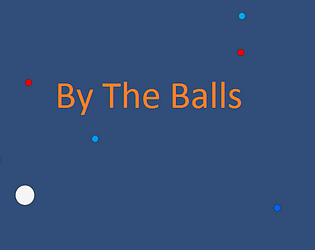 By The Balls's itch.io page

We generate no enemies, no obstacles, in a completely cyclical game world where momentum is maintained.

The player is fading to black, if he becomes completely black he dies
To become white he must shoot or collect points

Shooting is the players only way of movement (from the recoil).

Shots start off red and will kill the player if he does not dodge them (dodging them will create more shots he will need to later dodge).

After a bit of time, the shots change color to blue and become points the player needs to collect (because they give the player both points and more ammo with which to shoot).

To collect these points/ammo he will need to move towards the blue shots, because if he waits to long they disappear, and he might run out of ammo.

Of course moving at a reckless speed makes it harder for you to dodge because of how fast the "level" is shifting, but it can save you ammo, so...
In short, we create a feedback loop for the player where everything you do leads you to doing everything else, endlessly.

fun game, in the style of agar.io and osmos

It's a very nice concept, good usage of the touch interface, interesting and innovative. It's not quite there thematically or aesthetically but has a great potential!