Submitted by Nyuu3 — 21 hours, 50 minutes before the deadline
Add to collection 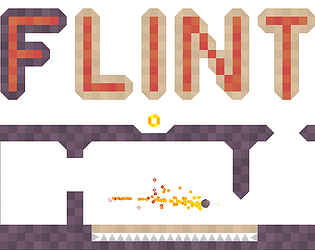 How does your submission match the theme?
You move by holding space to dash forward, then release it to fire a fireball. So movement and attack are merged into one action, which in this case is generally a disadvantage. It can prevent the player from attacking an enemy, because they have to stop (and fall down) to do so, or it can prevent them from moving in a certain way, because it would result in an attack that destroys one of their objectives.

Handling takes some getting used to but it feels really good when you're managing to use the walls to recharge your move/ fire, adds some interesting gameplay challenges. I think starting the player in a stationary position and letting them plan out their precise moves feels better than the frantic levels however. Maybe having a way to weigh your ball down to stop it bouncing so you can line up shots (as well as more precise turning) would turn this into a pretty amazing puzzle platformer.