A game about combining numbers! Made for the GMTK Game Jam 2021
Submitted by Ben Pitt Stoller — 2 hours, 2 minutes before the deadline
Add to collection 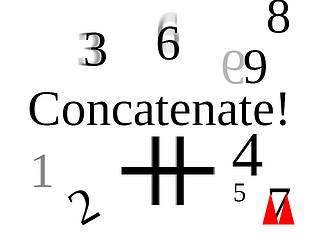 How does your game fit the theme?
The numbers concatenate (combine) into one, joined together number!

Really liked the puzzles. Music was nice and the art was simple and easy to understand. The mechanics with each number was also great, i liked the how different numbers had to be used  in each level and gave new challenges.

Submitted
Joining of the Elements
LikeReply
NayadeyaSubmitted1 year ago

Great variety of mechanics and puzzles! The music goes along quite well with the game, and it is pleasent yet challenging to play. Good job!

I like how different it is to control each number. Great idea and implementation of the game jam theme. Good Job ^^

Wonderful variety to the puzzles! Every new one kept things fresh, wonderful work! I did find myself forgetting sometimes what each one did, and for some (like 4, 5, and 7) it's not immediately obvious, so it would be nice to have some other visual indication! Fantastic work, very fun to play!

Very interesting how quickly you need to use the various mechanics to find a way that solves the puzzle for both sides! I also had issues with the smash ability, but thankfully I saw one of your comments further down explaining how to use it and I could try again. I didn't finish the game, but it definitely had a lot of potential.

The one thing I would suggest is to change the whole number/calculator thing: it would probably be easier to remember the abilities using different character sprites than having to associate the abilities to numbers (though maybe I missed something further into the game which makes the numbers important? I did reach the +1 mechanic, but that can be replaced with some other icon that basically does the same thing).

This game has a surprising number of mechanics! The best part is how numbers can increase or decrease, changing their abilities.

For feedback, sometimes I found myself wanting to concentrate on the right-hand number, but doing so meant I needed to flip the controls in my brain because it's mirror-imaged. I got the hang of it eventually, but if it were possible for Left to mean Left for both numbers it'd be even better!

Yeah, when testing I felt that way too. Honestly, I took the "it's not a bug, it's a feature" approach. I like the way you feel super confused and it messes with your head!

Pretty good entry! I really like the level design and the increasing difficulty. I didn't expect much at first but the levels got really interesting as I progressed, a pleasant surprise!

At first I thought that the mechanic is simple, but after you introduced the abilities it spiced things up and left room for some cool levels.

(BTW the smash ability did work for me)

Plays very nice! The idea of linked movement is super cliche, but the abilities make it feel fresh. Unfortunately 6's smash ability didn't work for me, so I couldn't play that far, but I was enjoying myself thoroughly up until that point!

Thanks! 6's smash works for me, were you in the air when you used the ability? Sorry, I probably should've made that more clear in game. If you want, you could give it another try!

I'll give it another shot. Thanks for the clarification!