A 2D dinosaur-themed online RPG! Join us for Beta 2.0!
Submitted by evolvgames (@evolvgames) — 19 days, 59 minutes before the deadline
Add to collection 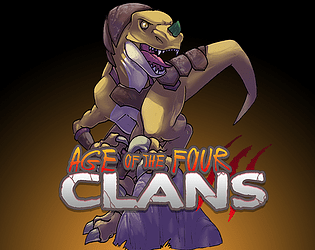 Let people know how long this project has been going, or share a bit of its history.
A4C has been in development since 2015 and has enjoyed steady updates since. Its network-side, however, has remained relatively unstable. In 2018, we got a boost after securing a phenomenal host, but the game suffered frequent downtime due to certain incompatibilities with the outdated engine and its shiny new server. FFS gave its solo-developer the kick in the pants she needed to migrate the game over several core versions, fix the network disconnects, update the UI to be compatible with this new engine, and finally remedy a whopping 90% of the connection issues. The game now has a functioning open beta and is ready for stress testing!

Well its some mmorpg. Not my type. the only thing is u should add sound effects. and change a bit music maybe