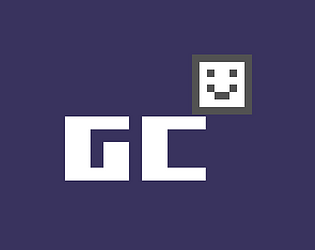 Sort of like a weird version of pool, I like it! A simple concept well executed and made for some interesting situations where I have to focus on everything on the screen while also trying to pocket one of the diamonds.

Thank you so much for your feedback! Before start of this game jam, I challenged myself to do Android game using Accelerator as controller. When it started, I created small prototype in 6 days as I had little time every day. During those 6 days I had few game ideas which I play tested using paper prototype. Before the idea of throwing junks to corresponding bins, I made an idea about protecting center of screen from those floating junks. I didn't like it so I ask my family for inspiration. And then my sister told me about recycling. That was it! I created this game in 24h before deadline. But I didn't think about pool clone to be honest. That's actually very good point! I had an idea for more shapes of junks but had time to make only one time. More shapes coming in 1.1 version which will be also available on Google Play. When? I don't know. I hope I will do it in next month.

Submitted
Get The Glass Out Of The Plastic Bin!!!
LikeReply
Kiel97Developer1 year ago

Thanks! No need to be upset. Mine was 10 in browser and 5 on Android while developing this game. I think I can improve controls in the future as I spent like 2 days to make it and few hours to do the rest.

Cool, it's a great concept, I like the simple art as well.

This is very fun to play.  id love to see this on mobile with updated sprites.

Submitted
I Farm In Peace
LikeReply
Kiel97Developer1 year ago(+1)

I have plans to add more junk shapes, textures for them. Maybe even make color mixing so you can throw them to more than 1 bin with no loss. When I have more time, I will definitely release this game on Google Play but first I need to make steering player more comfortable. Thanks for your opinion! ;)