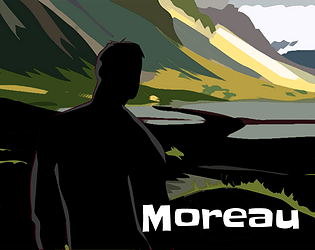 I liked a lot the way you showed the story! The cutscenes with the arts and texts were very fluid.

The art is very cool, I liked the design of them! Using the zodiac's signs to create enemies generates a lot of possibilities. And the main character walking remembered me of Cody from SNES' Final Fight.

The audio is excellent, I enjoyed all the musics. They were immersive with the scenarios.

The gameplay is OK. I found it difficult to move the character, because sometimes it didn't walked immediately the direction I wanted, showing a little delay.
Sometimes, when I've interrupted an enemy's attack with mine's, I've got hit too. I think it will be good that the enemy doesn't complete the attack on that situation.
Holding the button to keep attacking was a good idea!

Really nice game! Congratulations!!
I'll be looking foward to play a new release of it, specially if you improve the gameplay. =]

Thanks for the very thorough feedback, Adriano!

I've done a lot of work on responsiveness and overall gameplay since releasing the version you played. Currently I'm just waiting for the game jam judging period to end before I can upload the latest version. Hopefully you'll feel that the sense of delayed movement you mentioned, and the attack timings have been improved upon if you try it out again after the updated version is released.

Things to try out in this demo:

Living and learning, now i know something about this novel! i liked the intro and I laughed a little when the rabbit attacked me lol. I didnt like the punch timing, and  i never hitted the enemy with the torch. Keep going! Good job!

Yeah, the torch move doesn't harm enemies, it just makes them all back off a bit.

The novel's storyline is quite different from the game's, but the basic premise is essentially the same.

What would you suggest to improve the timing on the player's attack move?

such an interesting idea , the art is amazing:)