How Dhalsim got his groove backView game page 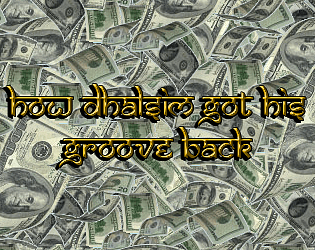 How Dhalsim got his groove back's itch.io page

I can't believe Dhalism's H.kick is so fucking powerful it sends people off the stage boundaries, and if you do it at just the right place, it warps reality and cuts the stage in half.

Good stuff as always. Missed an opportunity to make a joke about the skulls around his neck having gold teeth.

Few people know this, but it was actually Dhalsim's H.kick that split Ayer's rock in half, took a few days to get the right position though.

Dhalsim with a golden-teethed skull necklace would be the hottest Indian rapper since the duluk duluk da da da guy, literally, so maybe it's for the better he sticks to fighting.  Thanks as always for braving the depths and returning with bugs few people would believe are possible to miss when releasing a demo. I shall now commence the age-old ritual of fixing them, followed by tinkering with the core of the state machine in the week before the next release, making everything go way more bonkers than ever before.