My Submission to the LOWREZJAM 2019 and A Game By Its Cover 2019
Submitted by LemonadoDE (@h03n) — 5 hours, 19 minutes before the deadline
Add to collection

Great pixel art there! A colorful, but not gaudy world with interesting characters and enemies as well as smooth animations. The soundtrack is also pretty neat. Had a bug here, though: 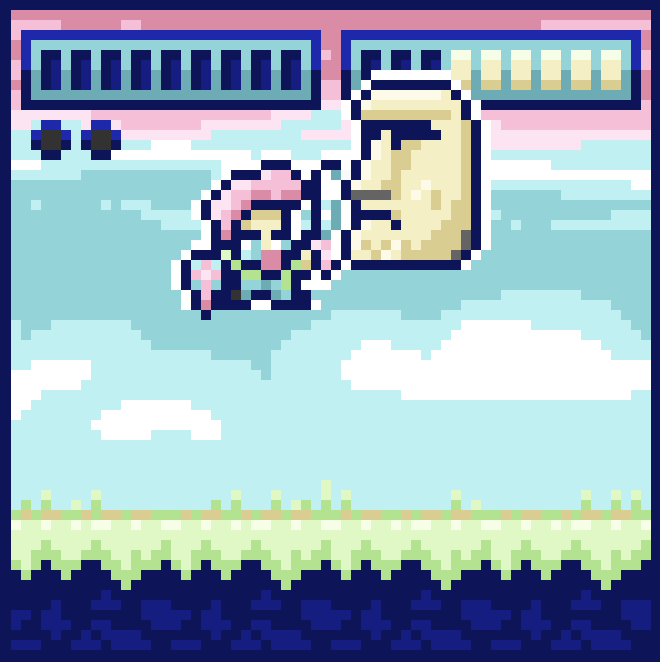 The enemy statue was stuck in place, I couldn't hit it and apparently, I was also invincible, as the enemy could damage me for all my life points, but the battle wouldn't stop.

But for an early version, it's still very promising. Good work!