Explore the depths of your mind
Submitted by cincospenguinos — 8 hours, 13 minutes before the deadline
Add to collection 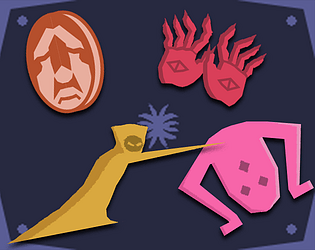 Did development of the game take place during the 7DRL Challenge week. (If not, please don't submit your game)
Yes!

Do you consciously consider your game a roguelike/roguelite? (If not, please don't submit your game)
Yes!