take the role of a Paladin on a quest to save a Village!
Submitted by eyuzwa (@eyuzwa) — 1 day, 23 hours before the deadline
Add to collection 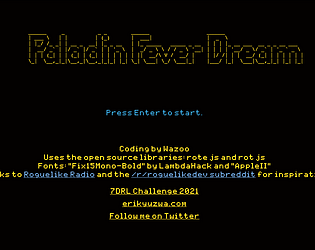 Do you consciously consider your game a roguelike/roguelite? (If not, please don't submit your game)
yes