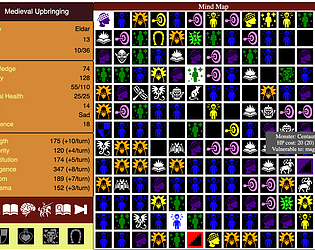 Did development of the game take place during the 7DRL Challenge week. (If not, please don't submit your game)
yes!

Do you consciously consider your game a roguelike/roguelite? (If not, please don't submit your game)
yes - it's turned-based, has procgen "levels" and replayability factor, and non-trivial mathy decisions. Check the first post in devlog for more reasoning :)