And Another Door Bites the DustView game page

Explore a dungeon where opening one path seals another
Submitted by zacryol — 2 days, 17 hours before the deadline
Add to collection 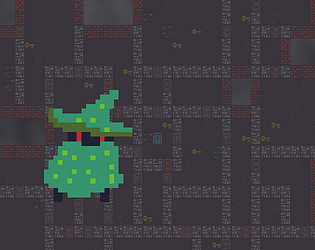 And Another Door Bites the Dust's itch.io page

I liked it! Very simple yet charming, art and music both on point. A little challenging for me but I don't consider that a point against it at all, just noting that I am very bad at games >u< It was a little bit easy to accidentally break down walls, and (maybe intentional) some levels included keys that were completely inaccessible, blocked off by bricks 10/10