Rogue-ish Monster Catching Tactics for the 2020 7DRL
Submitted by never_k (@_never_k) — 7 hours, 15 minutes before the deadline
Add to collection 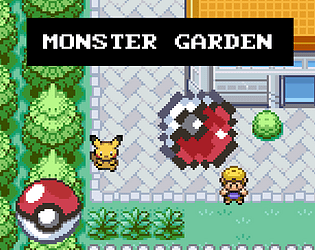 Cool take on the Pokemon formula! I like how you have to maneuver the trainer around to avoid getting hit. The randomized starters and map layout fit into a roguelike pretty well. The game kept freezing after some of my turns though, forcing me to reload the page so I could try again. Good job overall!

PS Thanks for the bug report, I pushed a fix.