A fire-fighting roguelike
Submitted by Classicwook, shoeHorn — 2 days, 11 hours before the deadline
Add to collection 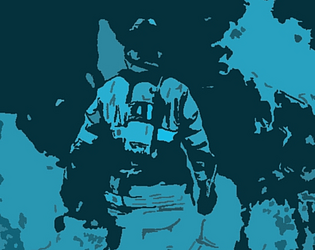 I think this is a cool concept and solid implementation.  I like the emergent Sokoban-style stuff that can happen as you're trying to push boxes out of the way.  The flavor text adds humanity, and urgency.  When I first opened the game and saw the "helpless citizens" calling for help, I actually felt a little panic.  "I don't know what any of this does," I said aloud to the citizens, attempting haplessly to (G)rab my water gun.  The interface started to make sense very quickly.  The game scales in difficulty well, so level 3 really feels like a new problem.  Sometimes citizens burn to death even before I can get to the building, so maybe future versions could have a set minimum distance between citizens and starting flames.  I tried to chop all the pyros, but they just keep coming!  What is their deal?

Thanks for the game!

Thanks for playing. I'm glad the UI made sense, we weren't able to get everything in that we wanted for it. We definitely plan to smooth out the RNG, as well as procedurally generate the buildings. Haha it's funny you chopped the pyros! we left that mechanic in but actually, they can't quite be destroyed, only trapped.