Tabletop RPGs are in a renaissance right now. Spurred on by a variety of forces but namely the rise of Actual Play videos and podcasts has driven flocks of new players to the scene and developers have rewarded them with some of the most creative and well-designed games ever. To make things even better for you, dear reader, the TTRPG community has set up shop on itch.io. Let’s talk about some of the best physical games I’ve seen on the site recently. 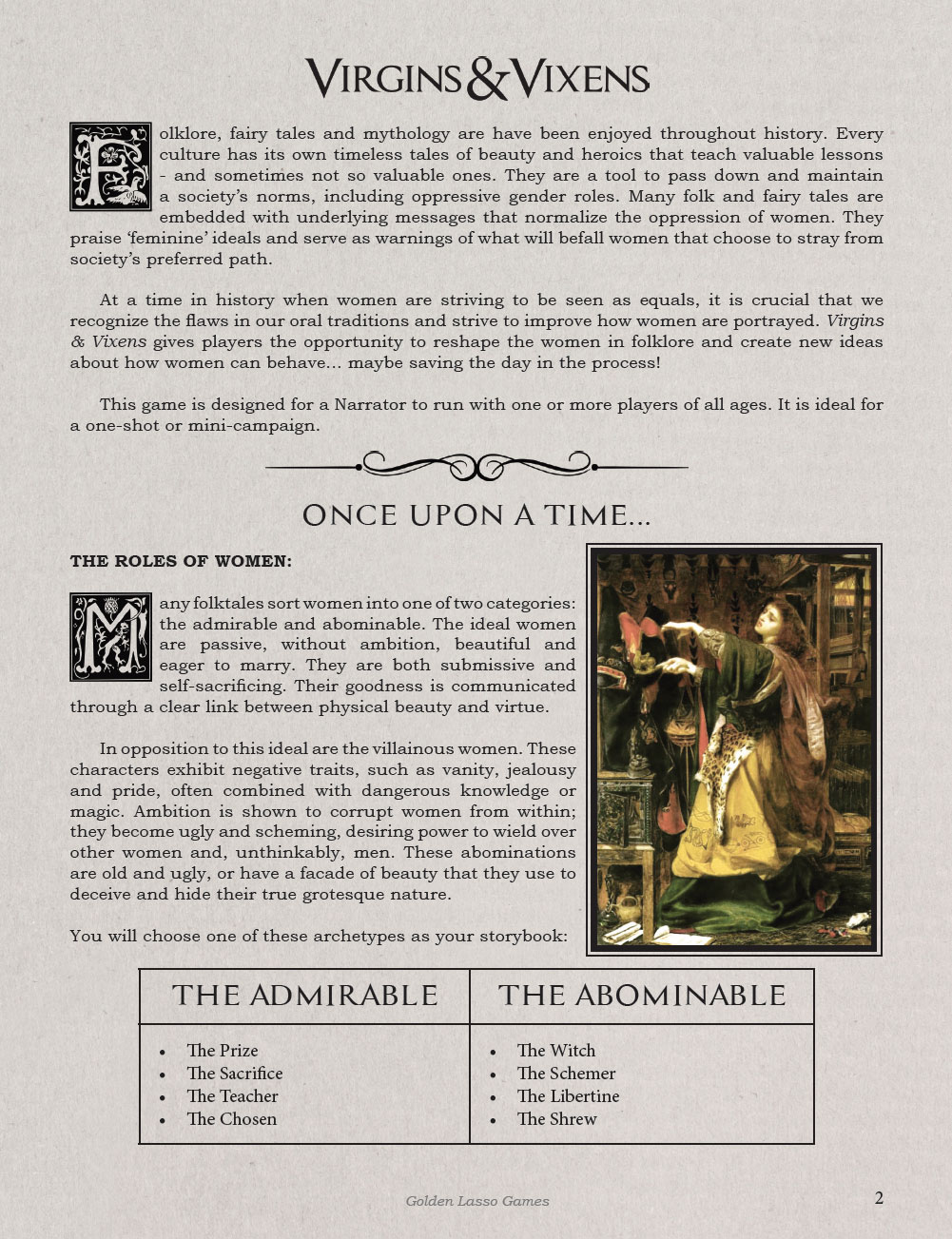 One of the things that excites me most about the current TTRPG scene is its willingness to step away from the precedent set by Dungeons and Dragons. Virgins and Vixens doesn’t lock itself into fantasy combat and instead asks us to consider the role of women in fiction throughout history. Instead of classes like druids and rangers the V&V system puts players in the shoes of a female archetype from history. These are things like teachers, witches, or shrews.

It’s this recontextualization of play that makes me love V&V so much. It’s the potential to craft a new power fantasy, to build unique narratives, and to consider our real-life history that intrigues me most about this system. Luckily for all of us V&V is built to be run quickly and the designer says it’s perfect to play as a one-shot so you won’t have to invest too much time to get things up and running. 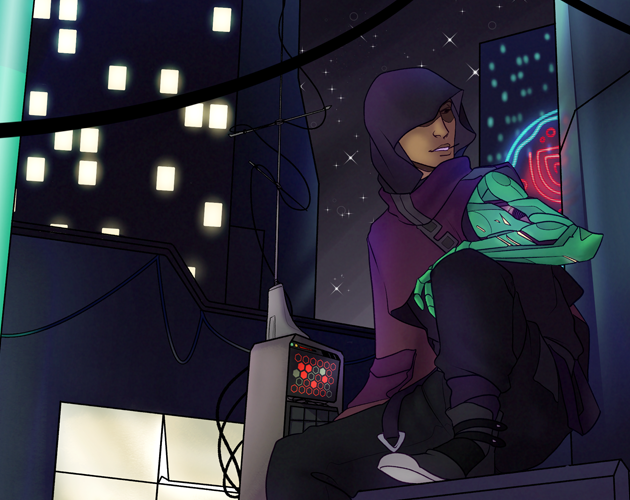 Tons of RPG campaigns deal with overthrowing evil empires, but I’ve never played one that dealt with the aftermath. Ascendancy takes this idea and spices it up with some cyberpunk charm to make a dynamic blend of the familiar and fresh. Players are all former government bioweapons/super soldiers who are left with nothing to do after their employers/captors were overthrown. This game is built on the Sparked by Resistance system which means that groups are encouraged to think about their campaigns in the context of resistance and community which sounds pretty great to me.

Now for a warning: Ascendancy is currently in beta. This is a bit different from the betas we usually write about here as you can’t have a bug in the traditional sense in a TTRPG, but the balance might be slightly off in this version of the game. To make up for this the game is cheaper until it’s fully released.

Is there a dedicated tabletop games tag? I know there's a few on here but I've not had a particularly easy time browsing for them.

There is, actually, it's listed as "Physical games"!