It’s been a while since we last covered non-gaming content on itch.io, so let’s do it again! If you’re new to this kind of thing… welcome! We may be mostly known for gaming at itch.io, but that doesn’t mean it’s the only thing available on the site. If you check out the links on the left-hand side of the home page you’ll see categories for books, music, comics, and more just waiting for your attention. Let’s check out some of our favorite non-gaming projects that have popped up in the last few months.

Just when I thought I got a read on what the crew at Sokpop were capable of, they come out with Sok-stories. Sure we’ve seen gaming’s boy band build games across a variety of styles and genres, but there’s no way they could build accessible development tools, right? Wrong.

Sok-Stories borrows from old school tools like Klik and Play to help folks quickly create simple games. The tools here aren’t deep (raytracing and networked multiplayer are absent) but you have everything you need to draw objects and make them interact with each other.

The types of projects you can make with Sok-stories are similarly simple, but the games that the community have already built and uploaded to Sok-stories’ site vary wildly from reminders to recycle or stories about eating the moon. Each game I’ve played so far has only taken a minute or two, but the ones I’ve found have either charmed me or shown me a little about the person who made it. Playing the games are free, but making your own costs only a few bucks. 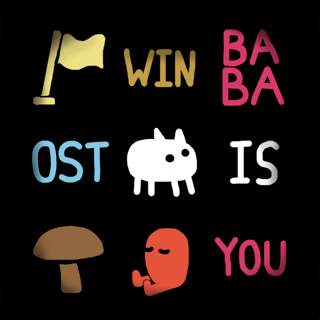 Baba is You OST

Baba is You is really good, ok? You might remember when I devoted an entire post to how good the game is, or have seen the game blow up on social media. Either way, one element of the game that doesn’t deserve enough love is the low-key soundtrack that sits behind all of the puzzling. This may be intentional by the game’s composer as it’s so subtle that it’s easy to miss --but don’t confuse this for a lack of quality. If you need music to relax or study to, Baba is You’s soundtrack is perfect. It inspires focus without asking you to think about what you’re listening to, which makes it perfect to, for example, write an itch.io blog post to. 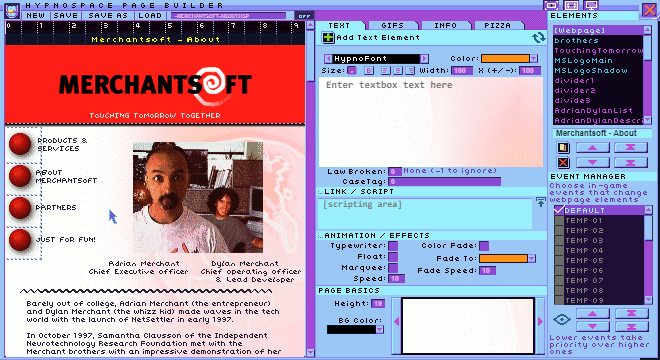 One of the most immediately striking things about Hypnospace Outlaw is its campy and outlandish (but still relatable) take on late 90s/ early 2000s site design. Hypnospace Productivity Suite lets you build your own pages with a high level of customization. If you like the look of Hypnospace Outlaw, then this is for you.

What about folks that like the sounds of Hypnospace Outlaw? The HSPS has something for you too! With the Hypnospace Tune Sequencer you can add tracks behind that obscure 90s anime site you built earlier. Anything is possible in this brave new space!