Add to collection
SotECommunityDevlog
Songs of the Eons, 0.1.9 community » Future concepts and ideas

So since SOTE doesn't have a canon semi-aquatic race, I decided to try and come up with one better than the kappa half-turtle memes. I based these guys as a humanoid version of various species of sea turtles, I did a bunch of research but if anyone knows more info about turtles or sea biology that might affect how these guys operate, feel free to give feedback.

Shellfolk would be quite tall at roughly 6-7 feet in height, and in place of flippers, they would have long limbs, possibly with webbed feet and hands(?). They would be able to hold their breath for many hours (some sea turtles can go without air for close to half a day, although I'd imagine a larger creature would need oxygen more frequently).

They would be omnivores and mainly subsist off of seagrasses and seaweed, as well as both shallow water and deep sea fish, crustaceans, jellyfish, cephalopods, etc.

They would be highly k-selected and nomadic, have a lifespan of hundreds upon hundreds of years, and would mature extremely slowly. Nomadic shellfolk would seasonally migrate along foraging and nesting sites, sometimes across thousands of miles between oceans.

Shellfolk would be capable of permanently settling on land, but would also require near-constant access to a body of water or they would die of dehydration over the course of several days. They would be stronger than a human, however they would obviously be very slow on land, making them poor raiders (except as pirates possibly).

Shellfolk would likely skew feral due to their small population and difficulties of living on land, though they’d be capable of forming long pockets of civilization along the coastlines of islands, major bays and rivers, wetlands, areas with seasonal monsoons, etc, with the largest of shellfolk cities being based around carefully managed and farmed estuaries. They could also form extremely defensible settlements on islands in the middle of lakes, similarly to Tenochtitlan in our world.

Terrestrial races could even employ shellfolk tribes as vassals to guard vital rivers or straits. 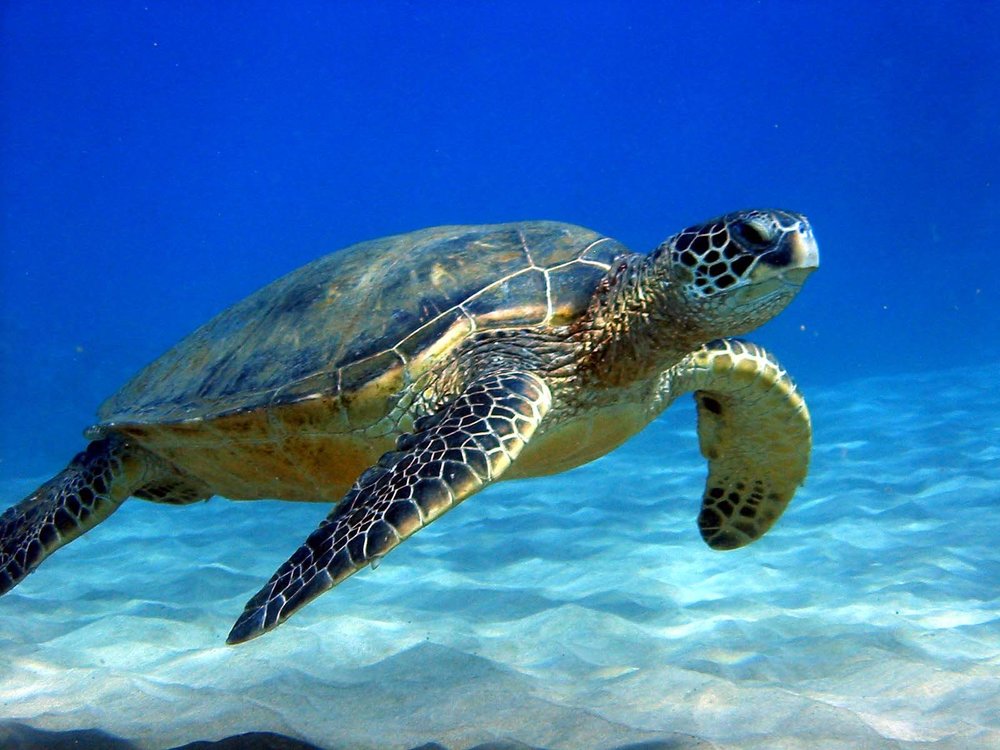 Assuming their shell is modeled after something like the above (covering both the back as well as the front), it would make shellfolk virtually immune to most attacks from behind or at the midsection, protecting them from predators and raiders. Their main weak points would be their neck, limbs, and head, areas commonly covered in armor.

If forced into conflict, almost nothing would be able to overcome a formation of armored turtlemen defending an amphibious position (pre-gunpowder weapons). However, due to their generally peaceful attitude towards other races, along with their small population, stable politics, and long lifespan, shellfolk would often have a reputation as wise old pacifists.

If kappas stick around, they could have a pretty interesting relationship with shellfolk (presumably r-selected vs k-selected, entirely feral vs somewhat feral, raiders vs non-raiders, etc), but that's getting out of the scope of this suggestion and I probably already went too long.

Let me know if you have anything to add.

This is fairly solid except how they would be k-selected would they only have very rare hatching events? Then there is the matter of this species probably being most effective in the topics filling a niche that would struggle for variety and providing new forms of aquaculture. However I don't think that these shell-men are a going to be only wise old pacifists they would also be excellent merchants especially due to being able to access pearls, corals (dyes, and body scrubbers), and ambergris just to name a few. Another reason they would be excellent merchants is their long life span and if they can remember well enough, they can figure out oceanic pattern early and begin transoceanic trade routes earlier than other species or civs. Probably the hardest bit would be fine work like mechanical objects or gem cutting due to webbed extremities and they might also struggle with smelting iron before figuring out leverage tools to make them but cooper and bronze instruments would be doable and maybe preferable due to resistance to rusting.

My initial thoughts as far as breeding goes is that since turtles take a huge amount of time to mature, an intelligent social species of turtle that lives even longer would likely invest a large portion of their energy into making sure their offspring reach adulthood. This would make breeding seasons quite sparse and spread out. Breeding grounds for feral shellfolk would likely come in the form of extremely isolated beaches in the far corners of the globe so as to better protect their temporary nests from predators, and all within a bale (that is actually the name of a group of turtles) would contribute to raising the hatchlings.

I really like your interpretation of turtlepeople as merchants, I could easily imagine shellfolk playing a niche similar to the Portuguese as the original explorers of the world, setting up the first global trade routes, and as the main brokers of most vital resources across the continents. Shellfolk hub cities would likely become extremely rich as a result, making both them and the trade routes prime targets for pirates and privateers. It would also likely lead to frequent trade wars between mercenary armies of hub cities as they attempt to monopolize trade from each region, akin to the British, Dutch, and French East India Companies (though they probably wouldn't be able to actually annex territory from natives, given their limitations on land).

I am not a biologist but i am quite sertain that the bigger the creature the longer it can hold its breath, this is becouse it has a slower metabolism.

I looked into this a bit, it seems to be true? If so, they'd probably be able to stay underwater for around 9 - 12 hours, which would make oxygen a non-issue and make it so they'd only rarely have to surface. Wonder how that would affect their relationship with land.