Mine, explore and conquer in this atmospheric space experience! · By

This is the place to report any bugs with Masteroid v0.12

I just bought this game and after running a few missions seem to be having trouble... equipping weapons. This started when I unequipped my base weapon once to view its stats in the list, and then forgot to re-equip before going off on a transport mission. When I got to the next station, I noticed shortly after the dropoff I didn't have any ability to fire, and realized I needed to equip something. When I went to do it, it just gave me an error message (same as in  below screenshot). I later saved up enough, sold this weapon, and bought a new fancy one, but was greeted with the same message.

Am I doing something wrong? This is displayed every time I click the Equip button 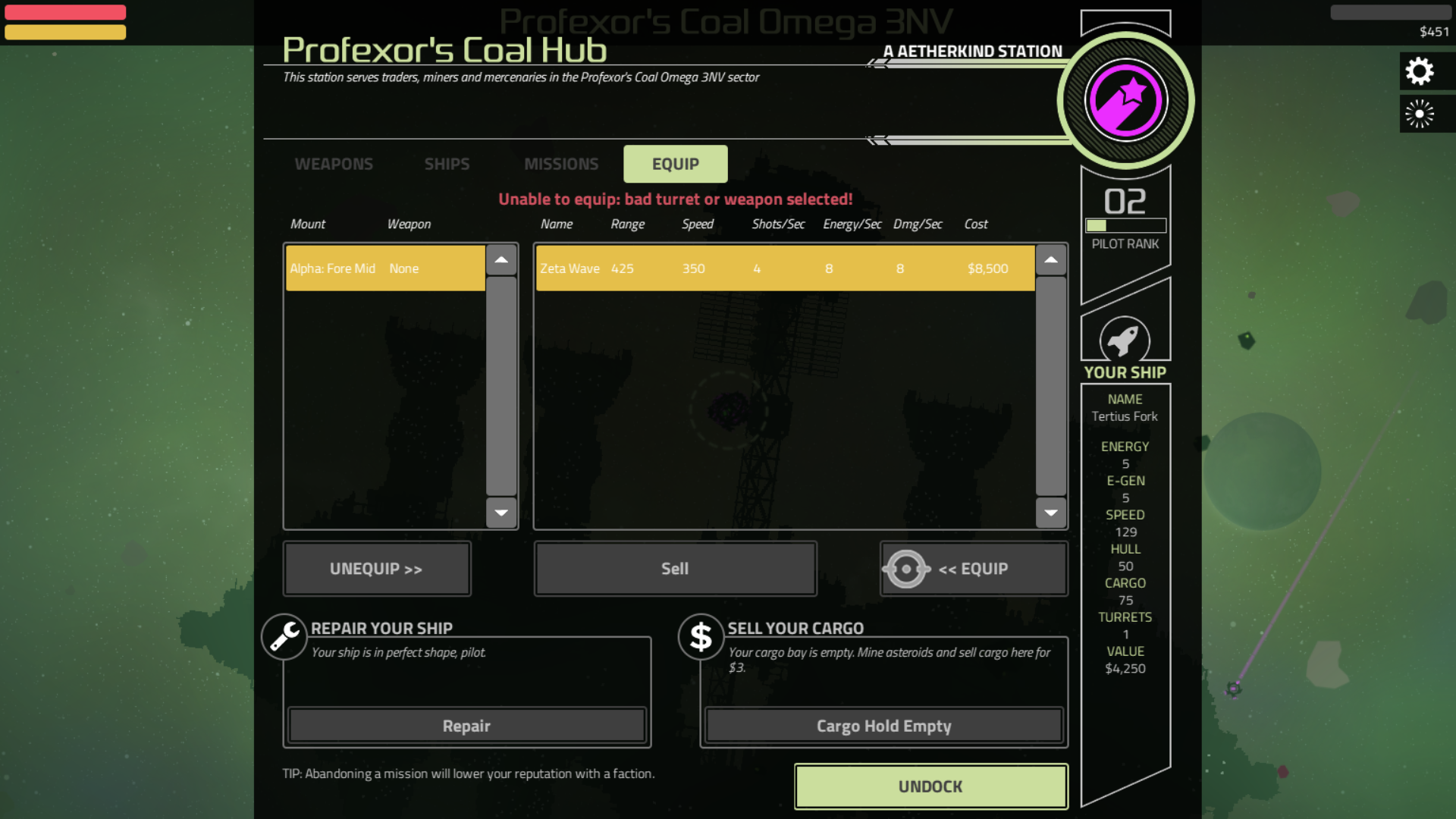 Again, steps were (as I recall):

I had previously been able to unequip and re-equip just fine.

First of all thanks for buying the game and I’m sorry you’re experiencing this bug! It will likely be tomorrow night before I’m able to test and fix.

I’m thinking perhaps that the turret is visibly highlighted but not actually selected. Can you try clicking on the turret and the weapon again (even though they are highlighted) and see if that enables you to equip the weapon?

Either way I’ll try to repro and fix the issue, I’m just thinking that might be a workaround that allows you to play normally.

Thank you for the very quick reply! Unfortunately I signed off for the night after posting and wasn't checking on my messages after. I'll give this a try tonight and see if that helps!

Sorry, I ended up not having time that night (or the following) and didn't take a look until now.

I actually figured out a workaround! And perhaps a root cause. It was related to what you said, but not quite exactly.

So yeah - it seems if you start a selection by clicking the weapon first it gets stuck in a highlighted state where it cannot be associated until the UI resets.