Hello! check your email! I just sent you your beta key for episode 1, sorry for the mix up!!

We're about to release Episode 1! I will send you the game key once that happens :) (I remember you supported us through Ko-fi)!

Hey, we got it! I have your email in our beta access list. If you want to keep track you should follow us on twitter! If not I will email you a beta key once beta starts (hoping to get it going Jan-Feb.) If this is an issue let me know I will happily refund your payment if you don't want to wait that long, but if not thank you and your money will be going to making the VN even better!
Thank you!

Hey Fouadfaraj! The kickstarer was a success, but if you still want to support us and get some rewards you can send us a ko-fi matching the reward you want, heres the link to the kickstarter that has the rewards: https://www.kickstarter.com/projects/snowfallstudio/every-days-different

And here's our Ko-Fi: https://ko-fi.com/snowfallstudio

We also have a discord if you want to join :)

Thank you for the kind words! We're working hard to make sure the full game is even BETTER than the demo <3 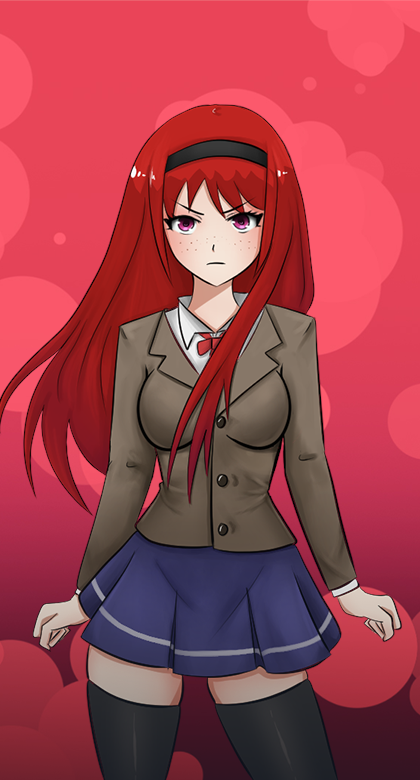 Thanks! We're currently working on the script, we're hoping to release aug. of next year :)

Hey Lenora! We used Renpy (VN engine) to make our game. as for uploading it to Itch.io... I just followed this page: https://itch.io/developers

First off, Thanks for playing! Some of these we agree with, others not so much, thanks for the input!

MC has reasons that arn't discussed in the demo, part of the mystery of the game.
Clock Will be fixed
Our Novel takes place in Japan, voiced In English as we're native English speakers (with that said we will make sure the grammer of names is correct if funded)
Yoko rarely gets mad unless it involves people being mean to others, not herself.
We used ??? to indicate you not knowing their name
MC has moved away and hasn't seen yoko in a couple years. (explained in the back story - they moved to a new school halfway through the school year.)
Schools old however, it has been converted. you learn this later on. It's one of the most expensive schools to go to, back story with MC's Father.
MC is hilarious because he was just standing up while everyone is sitting / following yoko to her desk.. Yuika is teasing him.
That music is used only when yuika is teasing you.
To each their own on Yuika.
They're familiar because they're in his class, he just never met them yet.. only noticed them.
Katsuki has reason for this - wont go into it tho. (spoilers)
I don't think Yuika is judging him... only Katsuki for reasons above^
Arakawa's sprite is being re-worked
Being male makes you automatically smart? - not sure I understand.. Anyway he doesn't understand because he's a Japanese student learning English grammar.

We're gunna try uploading a linux version, maybe give that a go.. Hopefully it helps!