When I follow the commands along with the video, for instance `outputs.solids << [1010, 200, 100, 100, 0, 0, 255]`, I would expect the appropriate object to be rendered on-screen as it appears in the tutorial video. However, I only see the following, with no other rendered output other than the text-based confirmation.  Nothing else appears, neither in the SDL window nor anywhere else. 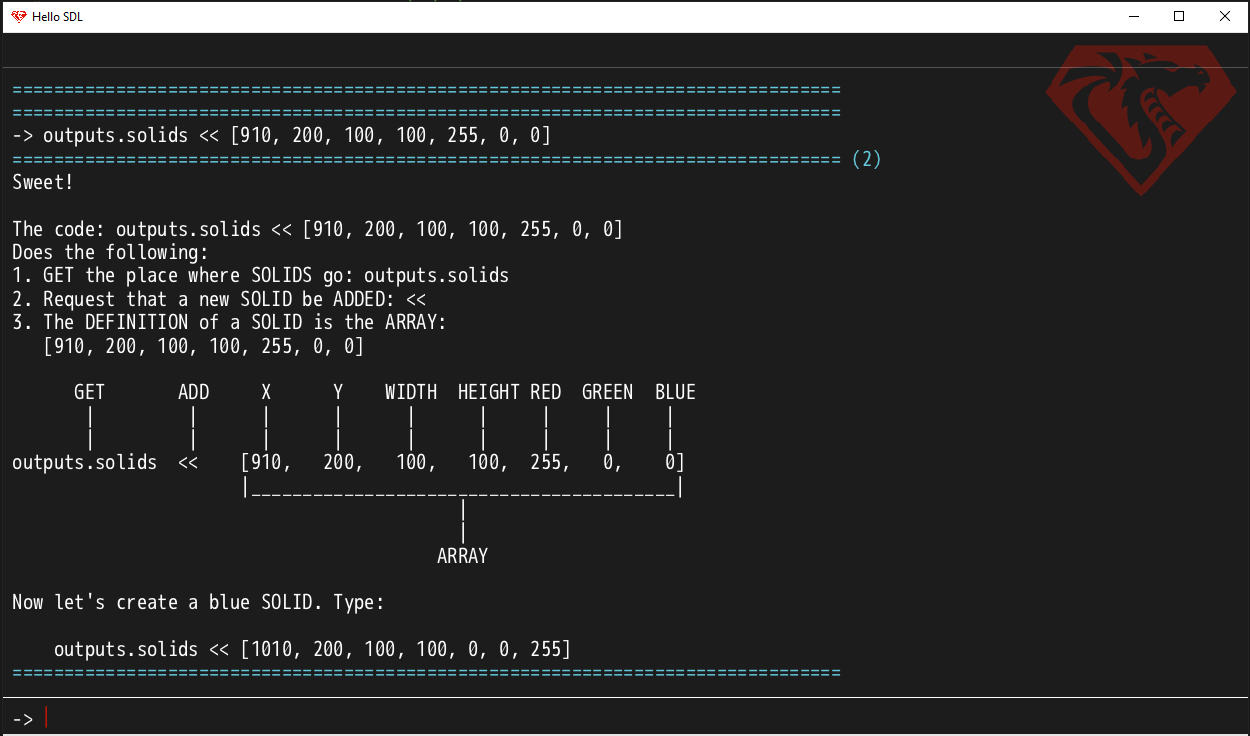 My expectation is that I should see the following: 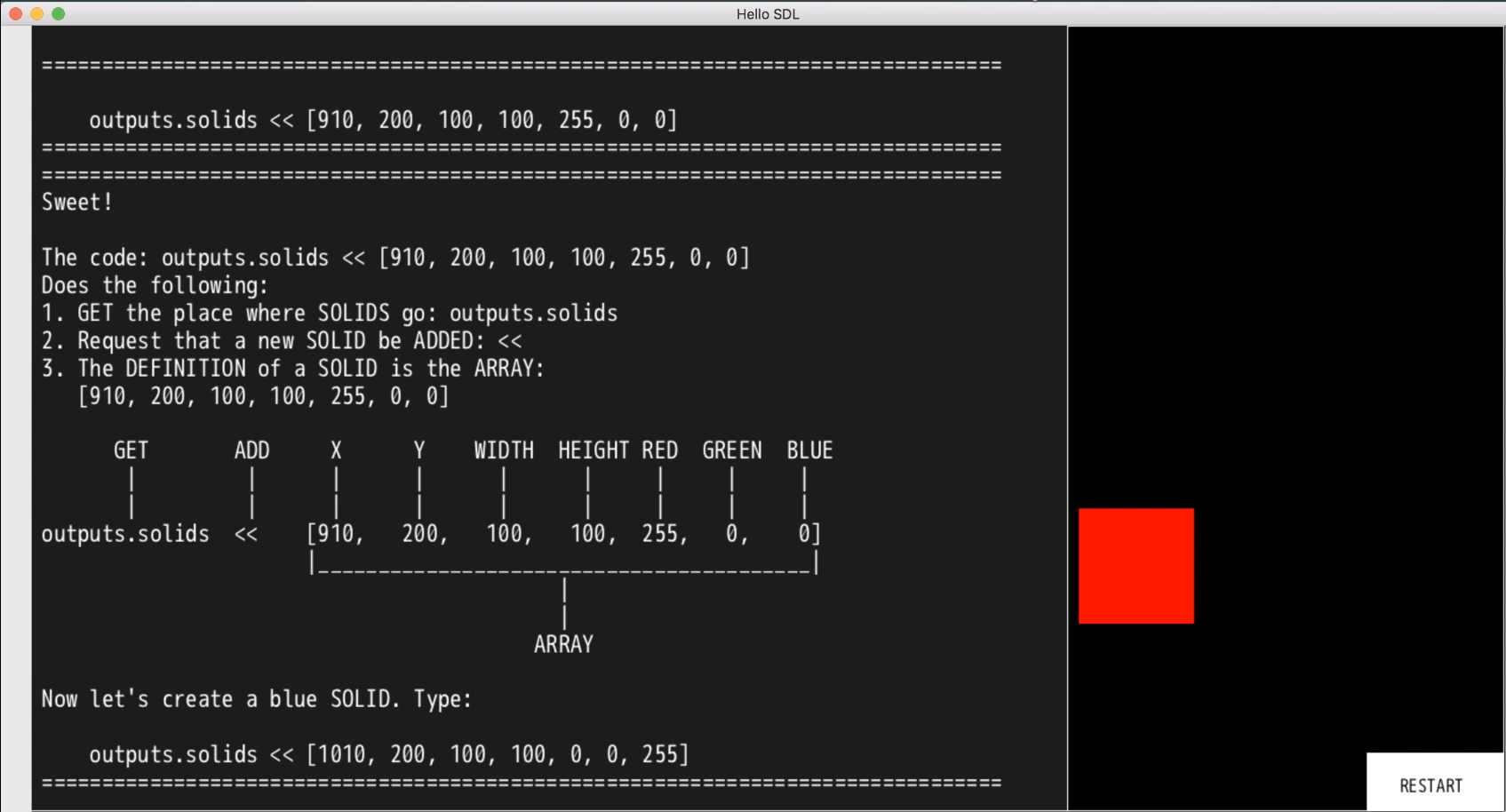 I'm following along from a fresh Windows 10 installation; am I doing something wrong?

Also would be helpful if this was mentioned in the CHANGELOG. I'm super impressed with DragonRuby so far, but trying to hunt down this specific forum thread was a weird first user experience for me!

My two cents -> it would be helpful if this deprecation were mentioned at the applicable video on dragonruby.school.