Really beautiful atmosphere to this game. I got stuck on a mushroom though after i collected the very last orb aha. I can add more pics from different angles if that would help you identify which mushroom that is. 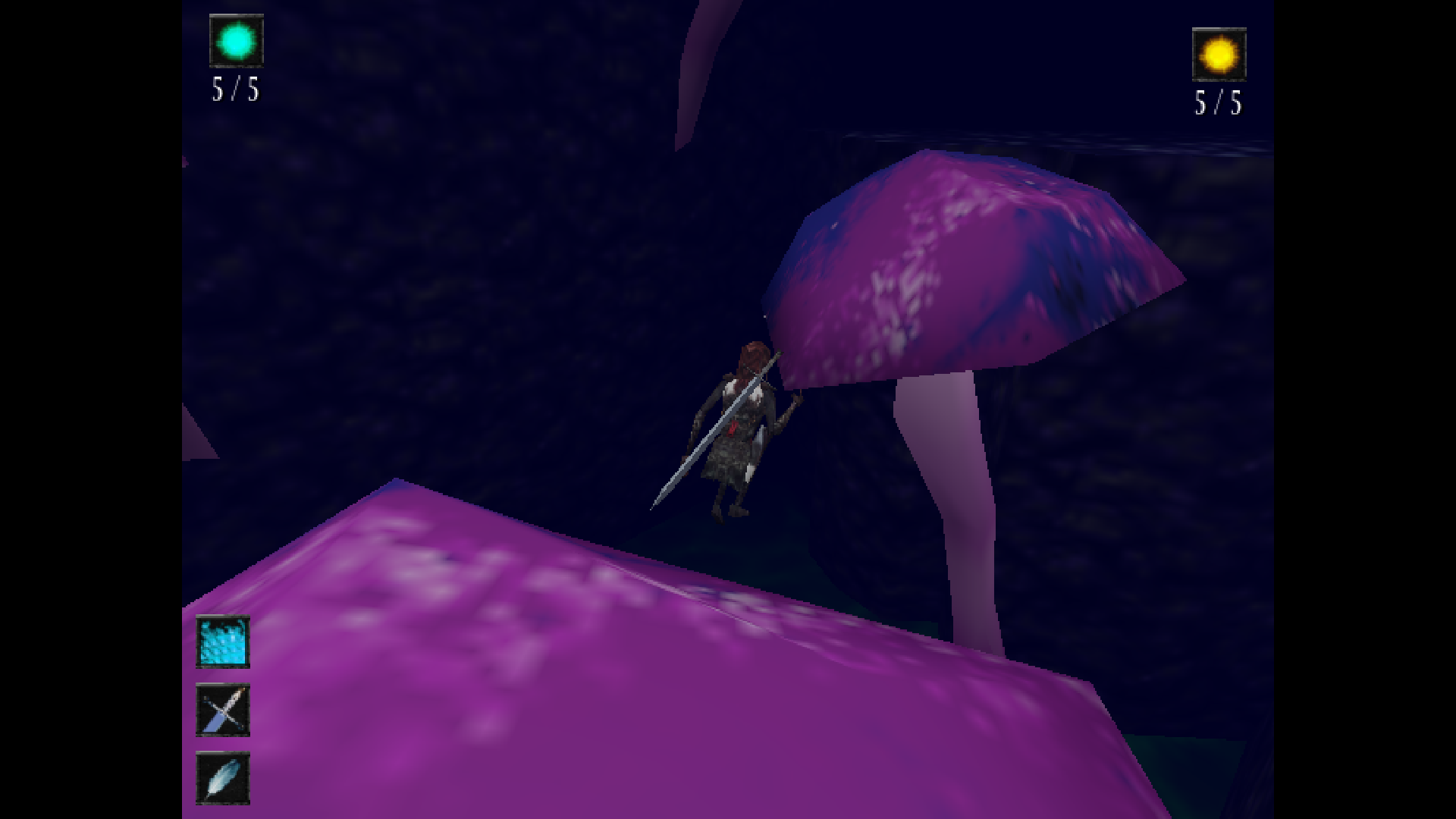 Really liked this one! Soundtrack is fantastic, and the sound effect the little guys make is wonderfully unsettling. Something about the animation of the collectables is really charming as well.

Thank you so much! I have the soundtrack on bandcamp. There's a few songs missing from the soundtrack but I'm planning on doing a volume II at some point.

Ya totally! The game's concept is to wander dreams that center around isolation and dreariness with the goal of finding the 6 Babies, with one in each area of the game. The Babies take you to remediated versions of the dream, and upon interacting with all six you go to a final stage of the game that's basically a tribute to the chao gardens from the sonic adventure games.

Strong PSX aesthetics, with a mix of bright and dull color palettes, mostly environments with a handful of characters. I think the game would mainly benefit from an expansion of the areas (I already have a few in mind) as well as more sophisticated UI and programming. My primary skills are 3D modeling, level/environment design, and texturing. I'm totally open to combining projects or even just joining your guys' team if perhaps our projects are too different.

Hey there, I know this post is a month old, but I was thinking about expanding the game I made for LSD jam 2020 if you were interested in collabing on that.

the visuals and atmosphere of this game are beautiful, evocative, sharp, horrific, passionate. super hot.

Thanks, glad you enjoyed it! Ya the camera rotation was causing a lot of people problems that I fixed in a new update, so that way if vsync is off you can still play without nausea lol

Glad it resonated with you! Ya the texturing was def inspired by a lot of  games I played as a kid. I remember even back then thinking they looked bizarre and a little creepy.

Very peaceful - yet a bit melancholy - experience. Some of the scenes (like smoking the ciggie on the balcony) made me a bit emotional actually.  Beautifully made.

Yes those were the ones I was missing! Thanks. Was that aircraft carrier section inspired by metal harbor from SA2 by any chance?

Great game! But I can't for the life of me find the last six stars in windy ocean. Do you have some sort of guide for the stars?

Thank you! Ya I think this game works better with more content, so it was maybe a bit overambitious for my first game ever lol.

The turning is tetheted to framerate, which I unfortunately didn't realize in a timely manner to deal with. If you turn on vsync though the turning is much more cooperative!

such a beautiful and atmospheric game. the controls were tricky initially, but it was a fun challenge to figure them out. can i ask what you used for texturing? was it low quality photographs? or downscaled textures you made yourself? either way they're very well-done.