This first time I played this it was bewildering and alarming, but now that I'm checking it out again, it's pretty cool. The infinite free death plus dangerous exploration plus dreamlike logic is a great combo. I feel kinda like a god or am hanging out with gods. Well done.

THEY. Misgendering is at the very best ad-hominem, there is nothing about it that supports your ideas, it just makes you look like an asshole. Zoe is trans, even wikipedia uses their pronouns correctly. I hate Caitlyn Jenner but I don't frigging misgender her.

On "murder", do the math. They both got doxxed severely, and the one who get less hate died. There were clearly, obviously, mind-numbingly obviously factors besides their personal relationship. I say that AS a suicidal person. Who cares about the chat, Zoe got shat on by the whole damn internet for years. You can't in good faith minimize the harrassment against Zoe while overblowing the harrassment against Alec, pick a fucking position. Harrassment is either bad and deadly or it's not.

BUT FURTHER, their personal involvement in a private issue, while Zoe's treatment by the public is a public issue. It's not our job to decide if someone is guilty, but it IS our job not to do the same damn thing we just got done accusing others of.

If you'd rather not engage with their work or see them as a good person, that's your prerogative, but you keep it to your damn self.

Throwing around bullshit like "pathological liar" just makes you full of ableist nonsense.

Whoops, didn't think I was talking to the cult. I'll pass on the koolaid thanks. Take it easy there buddy. Get some help.

THEY are a PERSON who has been subjected to one of the internet's worst witch hunts. Their abuser committed suicide. News flash, that happens sometimes. Suicide can't be stopped by anyone but a professional psych. Say whatever you want about the legality of the situation, but stop playing to the douchebro stereotype by bring their LOOKS into this, like misogynists always fucking do. You wouldn't be calling them scrawny or any other body-based insult if they were a man. You don't care. Cry me a river.

It's not making fun of people on the ground levels. It's highlighting how rich people don't give a shit. Just because the bootlicker section of the more broadly reasonable conservative street crew get their boxers in a twist when someone makes fun of someone who has more money than all the voters combined, doesn't mean it's left vs right. It's a class war. Sorry.

I can't even comprehend what kind of person you'd have to be to find all the options unappealing. Did you think that maybe it's not the game that is the problem

The game is more of a power fantasy, and suits the limited timeframe the player has to operate in. Long-lasting social change takes planning. Although, the game allows school funding, cancelling student debt, and housing the homeless, all good steps towards permanent change.

When did you figure that out?

So you say. And yet, people enjoy this game specifically because there's good things to spend the money on. If you want to burn resources just to burn resources, there's 878473928471282470957 other games for you where you actually play as someone like bezos, and not a punk hero.

That's totally fair lol. It's a very american game. For reference, the border wall is trump's xenophobic wet dream to physically prevent mexican and american citizens from traveling freely, with armed guards, especially to prevent mexican citizens from fleeing hostile conditions. Flint is a town in michigan with a large black population, whose water supply is heavily poisoned and whos people have been targeted by the police.. Nothing has gotten better in years and it's insane. The electoral college is how we vote, and it's an extremely broken system. I hope you enjoyed america 101. Don't visit, for your own safety.

It's not preachy or satire, it's practical. Nobody likes bezos. Everybody likes mythbusters. You gotta have priorities in life. As for the UI, this is the default UI for the game engine being used, so you will see it around a lot. (It's one of the Twine formats.)

Lol I had a similar thing. I was like, fuck no I don't want to play as Bezos. But the premise was perfect.

"We cannot let politics interfere our entertainment." Hate to break it to you buddy, but there is no such thing as an apolitical game. If you don't recognize the politics in gaming until it's socialist, you're missing a lot of perspective. Also, fuck that "man hater" bullshit. Zoe Quinn has faced more sexism and bullshit than MOST internet denizens for daring to exist as a game dev who isn't a man.

There are other ways to get to zero before that point

Well good, otherwise what's the fucking point of propaganda?? I don't expect game devs to be castrated apolitical sheep who daren't question the overlords. I expect them to tell me what the fuck is up, at least from their perspective, in cool ways, which is what we have here. I don't see anything being hurt here but bootlickers' feelings. It's not "disgusting" (mildly upsetting) to "alienate" (not cater to) people who hate socialism. Besides, if you hate alienation, maybe give more of a shit about minorities, who get alienated in every fucking mainstream game. This funny economics thought experiment is one of the only games I've played that I actually feel like isn't alienating. So cry me a river. It's timmy's turn on the twine.

"salty".... because he could be saving lives with minimal effort and he chooses not to, to no real benefit to himself.

remember why people didn't like scar from lion king during the stampede scene?

Yes! True ending! Victory is mine!

No prob! I'm using my phone as my primary computer lol, trying out games that look cool :) I'll come back when I get a real computer XD Cheers!

Just a bug note, in case you're trying for mobile web integration: the text prompt to choose a name does not trigger the keyboard and I was unable to get past that point.

This was super cute! I'm not familiar with the controversy, but this game shows a perfect example of communication and planning for kink!

Thanks for giving us the opportunity to listen to what happened in an accessible format. It was grim but digestable and made a really clear dialogue. Consent is so important!

I'm glad I played this, it's really pure and loving.

Here's mine, it's a digital apology letter for control issues, and is short and exploratory. 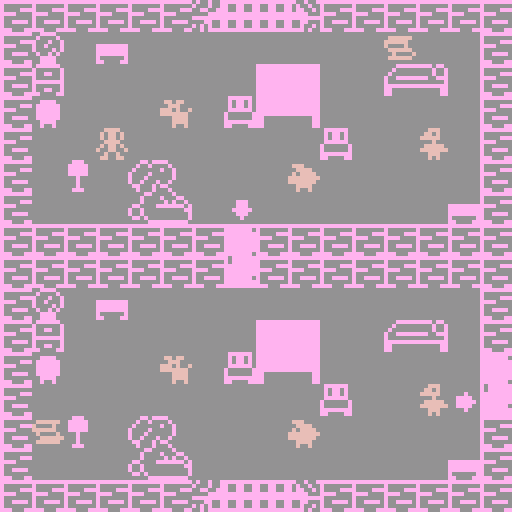