Interesting!  Did you have to get into pixel-hinting too, or is it automatic these days?

A wonderful update, thank you!

Whoops, I feel a bit silly for missing that!
I didn't notice any frame drops, even when I bumped the resolution up to 4K.  Not sure what frame rate I had, but it seemed smooth.

I love it!  A full-screen option would be nice though, please.

I hate to complain about awesome free stuff, but...  Is there any way to make the hatching go right to the corner (when using styles like Fineliner), please?

Regardless, I love this!  They look especially good in negative image, placed on top of a blue paper texture to look like a blueprint.  The cutest little armoured killing machines! 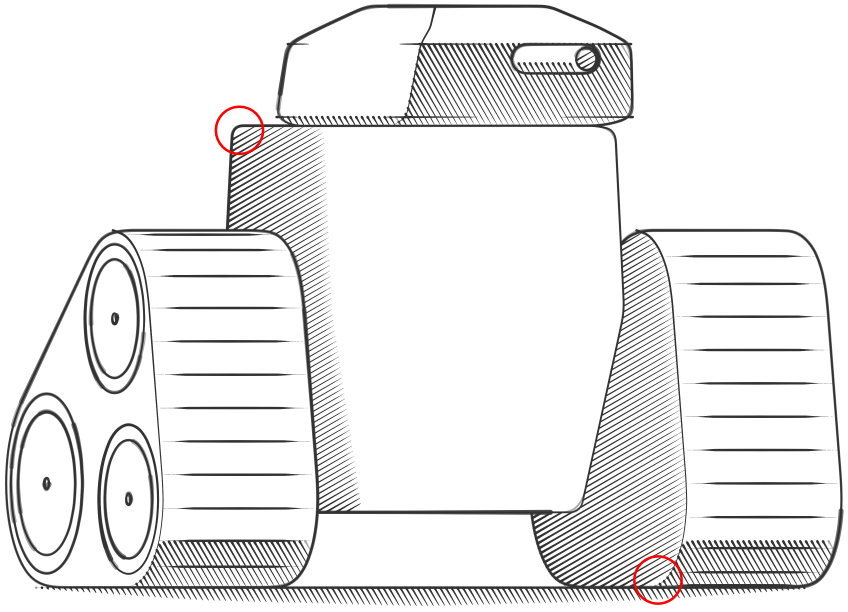 Fineliner style. 6183.png, if the filename is the random seed or something.
Reply
Catlateral Damage community · Created a new topic Furightful Lab music?
Tektotherriggen1 year ago

I spotted that the Steam version of the soundtrack includes a 9th track, for the laboratory level.  Is it possible to get that added to the Itch.io download, please?  Really fun game - good luck with the Remeowstered version!

It's looking great!  A few comments:

- For the night islands (e.g. The BitLands, the third of the demo islands), we have beautiful starry skies and the dramatic eclipses together.  It would be even better if the black disk, that is obscuring the bright moon, also blocked out the stars.  It would give us a real impression of a dark moon passing in front of a bright one.

- Alternatively, the moon at night could have a phase, rather than being eclipsed.

- I think the islands with realistic colours look much better than those with bright, alien colours.  Maybe realistic islands should be a lot more common than exotic ones?  I suspect that part of the problem is that, without raytracing or similar advanced techniques, the brightest coloured objects don't reflect any diffuse coloured light to their surroundings.  That's OK as a style in a realistic-looking island, but with the extreme colours it all looks a bit too artificial.

- Movement was a bit odd.  I appreciate the really high jump, but sometimes I was walking very slowly even with sprint pressed.  Are some terrains (e.g. long grass) supposed to slow us down?

I haven't found any "rare" things yet - I'll explore more thoroughly when it is fully released.  But I'm looking forward to it!

It would be cool if this could also do dithering based on error-diffusion methods.  But that would probably be tough to add if the code is entirely based on fixed matrix methods like Bayer.

Still a really nice tool, thanks!

I've just played the demo (still available on GOG), and I love it!  It's the single-player Carcasonne I've always wanted!

This probably isn't a priority for anyone but me, but do you have any plans for a photo mode please?  A way to view our landscape "clean" (no UI or point markers) when it's done, for screenshots?  Or even a creative mode were we select the exact piece we want, to build the village of our dreams (disabling the score for cheaters, obviously!)?  I love the software toy Townscaper, and this has the same kind of vibe.

I realise this is rather late, but do you still need beta testers?  I'm interested to give it a go, but I'm not on Twitter.

Thanks for the info!

Is the overlay (co-ordinates and logo) just for marketing purposes?  I love the idea of walking around taking photos, but I much prefer clean pictures of the landscape.