Ah you found my little testing cheat that restores all health whenever you RECLOCK. I'll take it out of v57... :-)

Thanks and sorry to hear that. Do you have up to date graphics drivers etc. installed? Do other UE5 games such as Fortnite run on your PC?

"Wake up the Americans"

v53 (EXPERIMENAL) is now available with a new CHICAGO map and the ability to RECLOCK up to 10x faster. Press Q to increase speed while RECLOCKING.

Please be aware that this experimental build also has some known issues and bugs. Happy holidays and thanks everyone for your feedback!

Thanks and sorry to hear that. Do you have up to date graphics drivers etc. installed? Do other UE5 games such as Fortnite run on your new PC?

Awesome dude - reminds me of the first level of Sly Spy :-)

Weird. Did you manage to run the game? 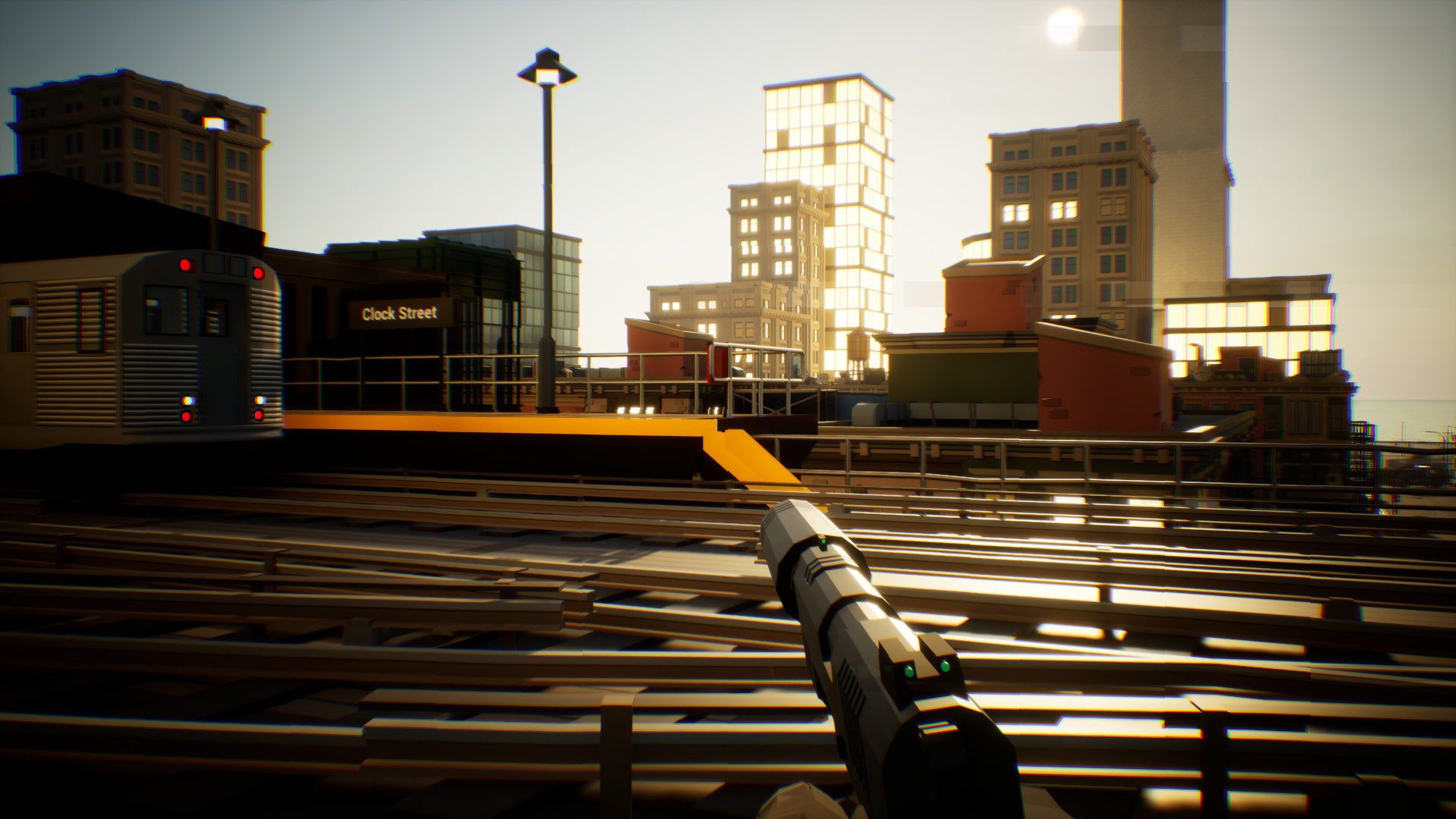 Thanks for the feedback! I will add Mouse Wheel weapon switching.

Weird. Looking at the screenshot you posted I can see the FPS gun and trees so it's rendering something. Are your graphics drivers up to date? The game uses UE4 / UE5 (Unreal). Do other Unreal engine games such as Fortnite work for you?

Thanks for playing! There are some bugs with the physics of the crates which mean that section is kind of broken. It's the end of the level when you get to the boat so I would just skip to the next one for now.

New menu background. Planning to use this globe from the UE marketplace for mission briefings as well. You can reverse time during gameplay, and also on the menu. 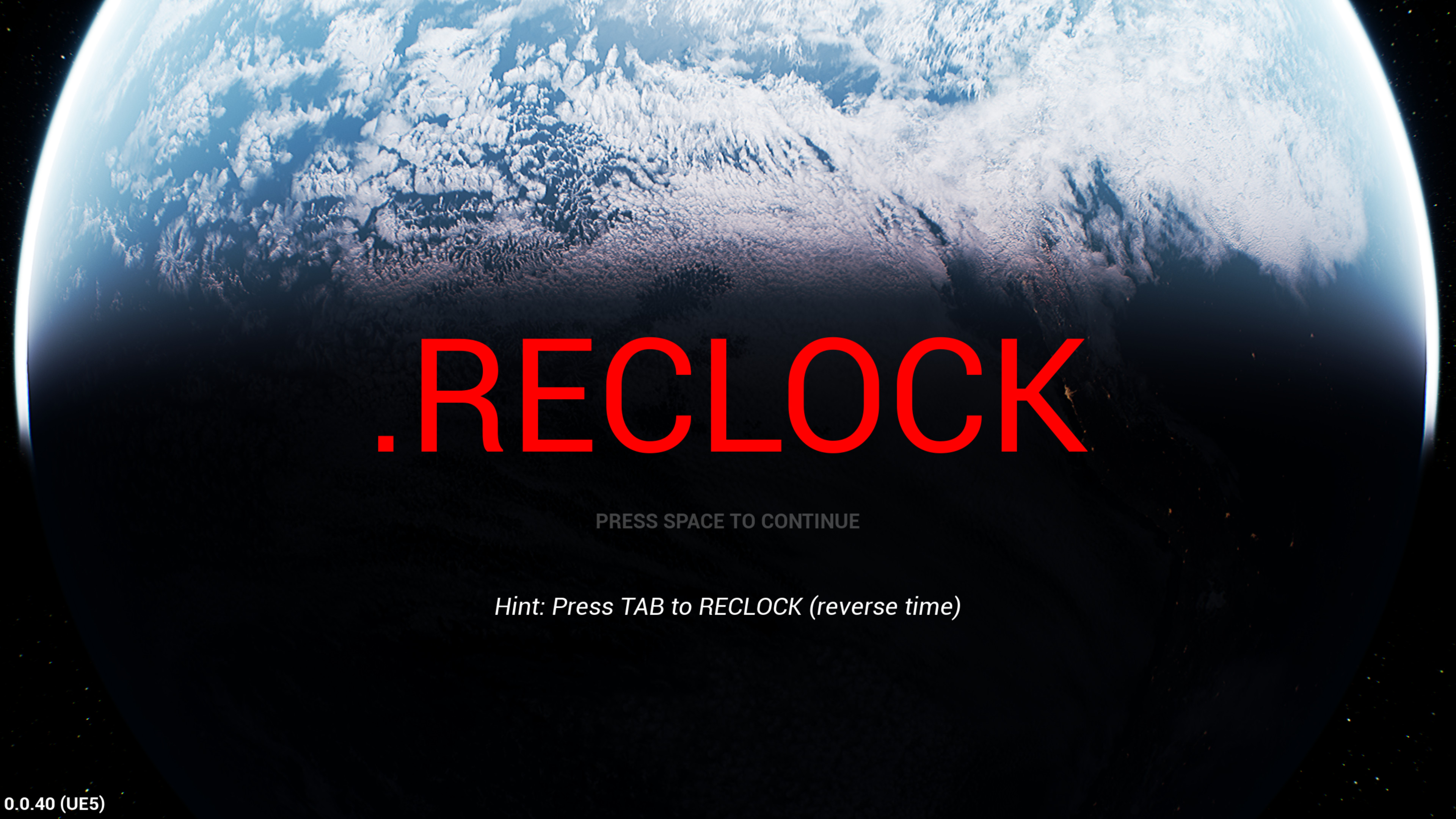 Sorry I haven't tested on enough PCs to know. It's free to download and there are graphics performance settings you can adjust.

Thanks! Is there a particular mission or moment where you wanted more guidance?

We hit 10k downloads today - thanks everyone!

Sorry I haven't tested on enough PCs to know. It's free to download and there are graphics performance settings you can adjust.

Hi thanks for the feedback! I just checked to make sure, and it is definitely possible to complete the Subway stage in the latest version (v33). Press TAB to RECLOCK (rewind time) to 00:00 when you're near the train doors, wait for the doors to open, defuse the bomb and get out before the train leaves. If you have more feedback please let me know - it helps me understand your experience so I can improve the game! :-)

Thanks this is really great feedback.

Right now the end goal is to reach the tug boat (the one with lights on it behind the big wrecked ship.) Maybe it needs an objective marker.

That platforming section only makes sense if you know that you can shoot down the crates by firing at the hooks that hold them, and there's no tutorial for that yet. I didn't think that jump was possible either so that's impressive! (You can shoot a crate down, jump on it and RECLOCK to ride it back up.)

What this game really needs is a great level designer.

I considered limiting ammo but might be annoying if you run out? I suppose I could do unlimited pistol ammo and let you take clips from dead enemies for other weapons. Could seem illogical that they still have ammo if you take it from them and then RECLOCK though...

+1 to that - all suggestions welcome!

Thanks! Any particular level or objective?

Do you mean the mechanic in this game, where you control when the bullet comes back out of the wall?

It's interesting but I'm trying to rewind time correctly according to what happened, otherwise it gets confusing for players.

I added a fix in v33: Heist now prevents player rewinding past hostage rescue with a warning (RECLOCK again to override)

Thanks this is a good note, and similar to the feedback above about rewinding too far. One solution might be to break the game up into smaller levels? Still thinking about it...

I tried to implement ragdolls but couldn't figure out a way to make them rewind.

Is the problem when you're trying to shoot, or just driving around? There are various vehicles you can drive, so it seems like a camera fix might make more sense, but if I move the camera your gun will clip through the car...

Thanks this is good feedback.

Thanks for trying! There's no matchmaking system so you have to either play over LAN or enter one player's IP address to be the server and connect that way. 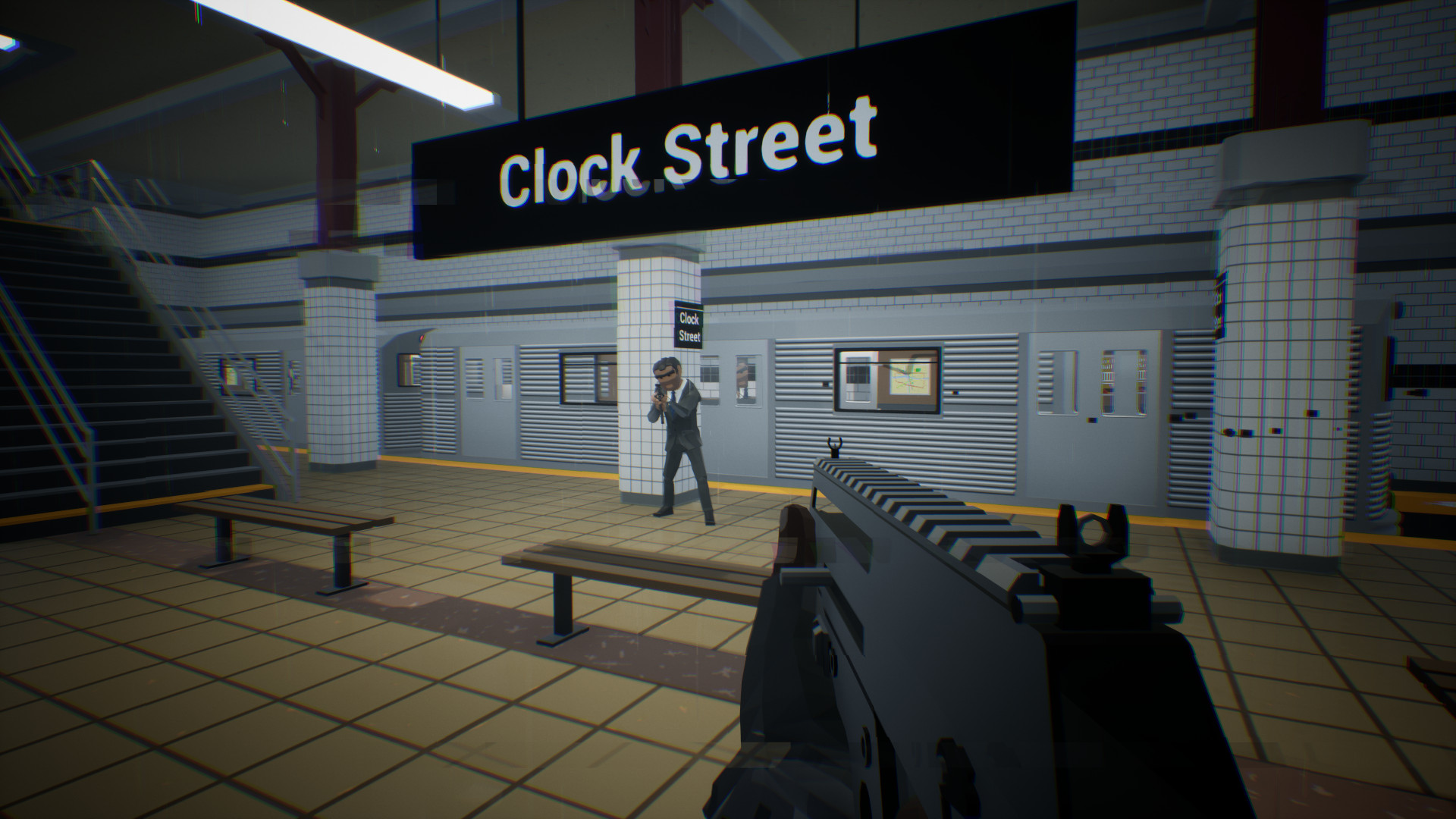 Don't try to understand it. Feel it.

So you reverse time and then ride in the helicopter with the bad guys? :-) 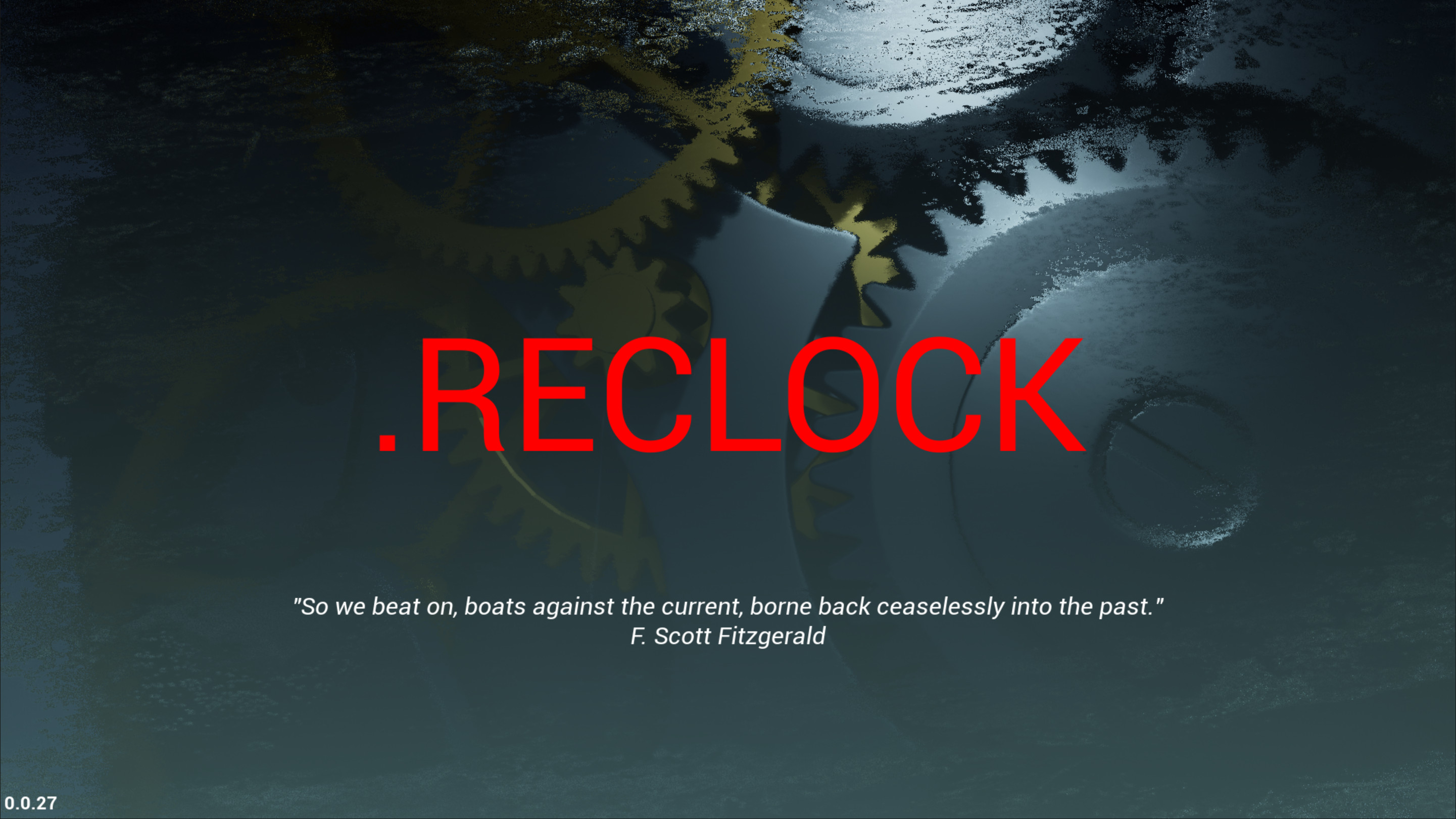 Thanks! I really appreciate everyone who writes comments, feedback and reviews. You all inspire me to keep going.

Interesting suggestion! Would it be too much for players since they have to also manage time-reversal? (Team orders would get lost when you reverse time...!) 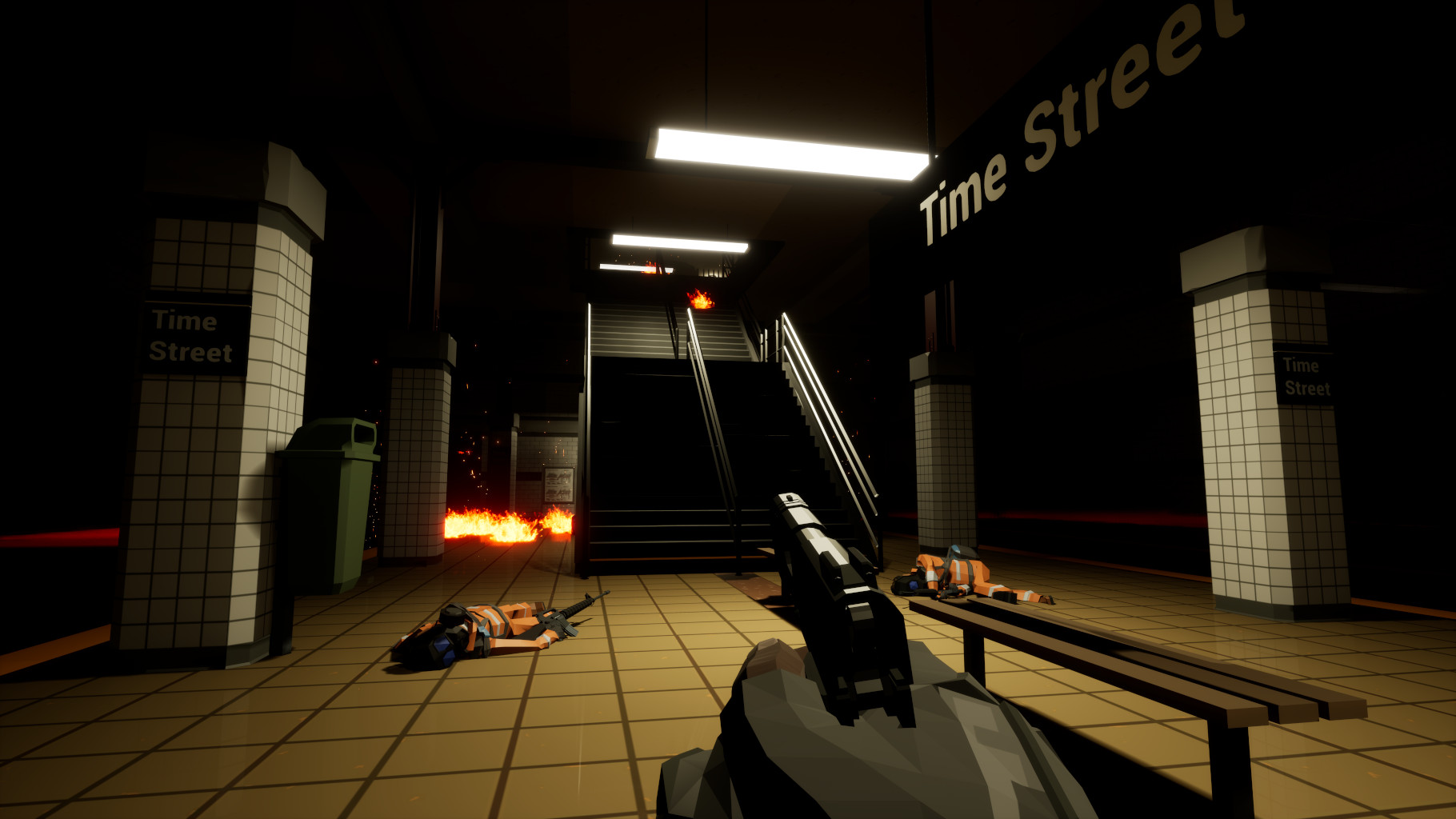