Will this see any more updates, or is that limited to the Patreon supporters?

I still have the game installed from before it was pay-to-play. No updates unless I pay up, right?

Hi, I'm trying to play this game on Windows 10 using the Itch.io desktop application, and launching the game gives me this error every time 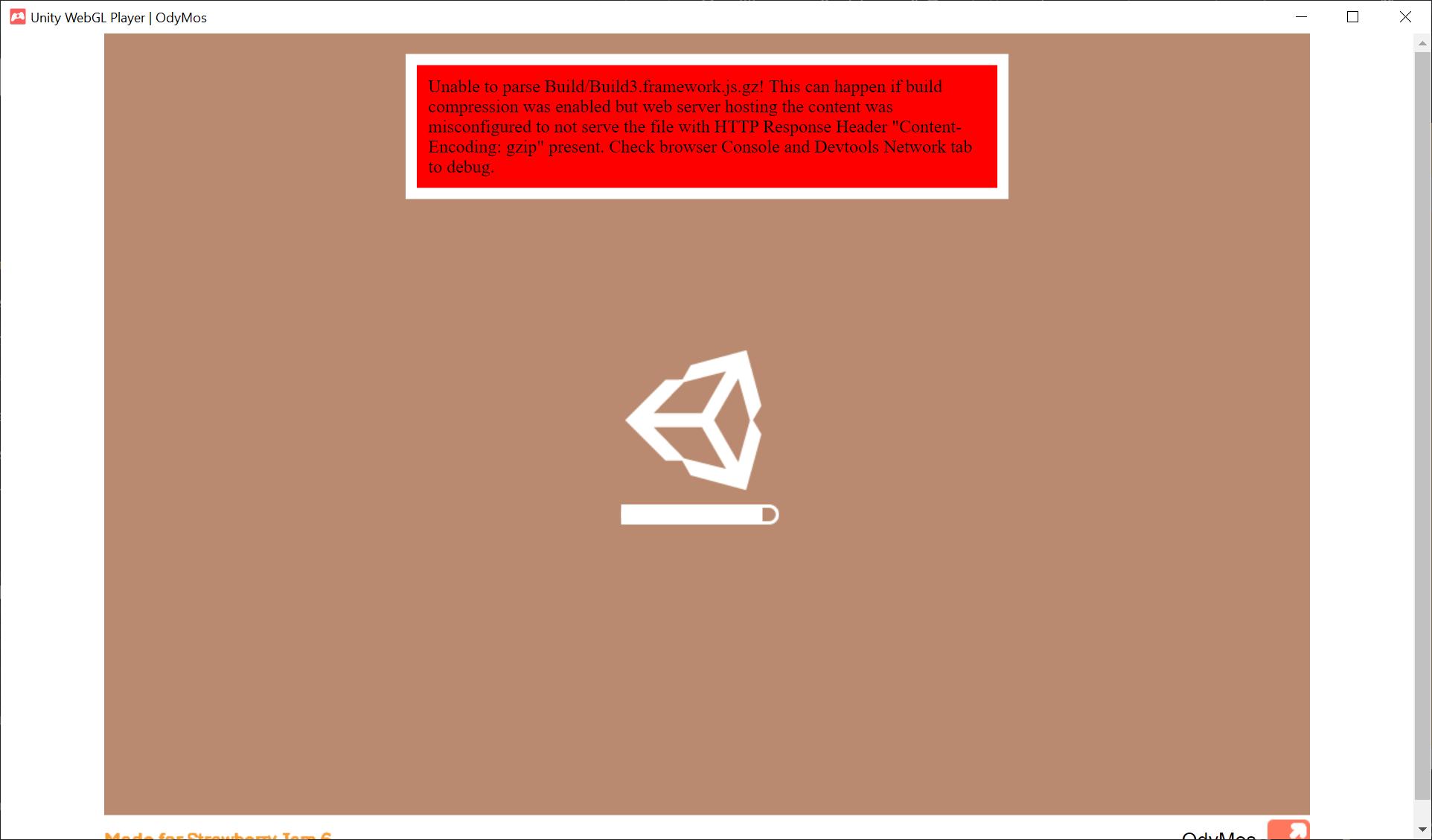 I was really excited by the new update, but unfortunately it seems I can't load any of my previous saves. Ren'Py gives me an error every time. Rollback does nothing, and "ignore" just sends me to the very beginning of the game. I don't wanna have to start over.

If you wanna see the error log I can pastebin it for you, I'd be happy to help however I can. It also errors when trying to do any of the "Extras."

It does need some work, though some people prefer the hooved anthro - I think this is called unguligrade? But yeah, having a bra on that reveals literally nothing when removed is really bad.

This was my first time playing Blackjack, so I had to Google the rules to figure it out lol. It's kinda interesting, but it's also really frustrating because, no joke, 90% of the time when I had 20 or 21 so did the dealer. And the dealer has a 10 card showing at least 50% of the time as well. This is obviously house-weighted, which is no surprise, but it kinda feels like it shouldn't be since there's no money on the line here. Also, I think if you've gotten at least 2 "layers" deep, if you lose all your chips you shouldn't be fully-reset - just put 1 layer back on. This would make it far less punishing and less of a boss-rush to the final layer.

EDIT: I got all of them. The artwork is good, I know I recognize the artist but can't place my finger on it. My problem with the art is that they all have the exact same body shape and no titties, not even nipples. It really needs some variety, like for example Fluttershy and Twi would be pretty slim, Pinkie and Rarity would be very curvy, and AJ and RD would be very muscle-toned.

This has the potential to be even better if it could get some updates. Not just fixing the art, maybe actual sex scenes, but also extra features like more posing, playing against multiple ponies such as double battles or how it is at an actual blackjack table, or even some possible dialogue or interaction between the ponies and the player character. Something like, if you lose a round, you strip and eventually get hard, the girls playfully tease, and having different endings based on who is naked.

It seems as though they've done the ol' Itch-switcheroo. Make the game free for a while to gauge interest, then make it paid-only for everyone but the people who installed previously.

Does anyone know how to get the Vulpix and Alolan Vulpix? I've tried every combination I can think of, but can't get it. It's in the video files, so...

Thanks for that, I refuse to touch Twitter lol. I wish Pawpunch would be more vocal here.

I see. I was hoping to use my account's blacklist as it's quite extensive. I can't simply copy-paste the contents in, but I think I can get it in there.

Is there a way to make Heat Control use your E621 account for the Search? Am I missing it?

This was sexy in an adorable way, but too short lived. I wasn't ever able to catch any golden girls either. I wish there was more to do or at least bigger differences between the girls, rather than just the hair. I hope we see an update or a remake to this, it's still kinda awesome.

It's really not as difficult as you think to dual-boot another OS on a Mac, and it's even easier to just install a virtual machine program like VirtualBox with the sole purpose of playing Itch games that aren't Mac-compatible. I know because I had a Macbook Pro for years.

Flash a Linux ROM on your phone and use that to run PlayOnLinux or Wine, or see if it'll run on a browser. Alternatively, you could learn the C programming language to start, and then learn whatever other C-based languages are needed to port this to Android so the devs don't have to spend their limited time doing it for the hundreds of people complaining about it.

It's cute, but hard to play given my character is diagonally up and right all the time.

Well, the widescreen isn't a huge problem, but I still can't exit out of apps AT ALL. Either there's a button at the bottom of the screen that's cropped out, or there is no way to get out of any of the apps I click, so it's still not playable even with the windowed mode.

Same here, hope we get grandfathered into the updates

Admittedly I was caught off-guard when you said "wet," I sorta assumed 99% of the people on Itch's NSFW side were gonna be guys lmao.

I agree, this game is one of the more arousing ones I've played, I can't wait for the next update! I especially like Gerbera, shame there aren't any scenes with her yet...

Clicking any/all of the apps just ends up with a screen that looks cropped and you can't exit out of it or do anything, I have to force quit the game to reset it. And it's fullscreen with huge bars because I'm on an ultrawide display, but no options to rescale it or go  windowed.

I can't install it. It gives me an error, "can't read property of build 'undefined'." The game doesn't even show up in the install dropdown menu.

I don't think there's going to be anymore updates, this game hasn't been touched since it came out in December of 2020...

I'm not usually one for VN's, but this game is extremely high quality by Itch standards, and I'm really enjoying it so far. The models are high-def, the posing and camera angles are good, the story seems interesting so far, the girls are all absurdly hot, I haven't yet seen any grammatical errors (which is astoundingly rare for Itch games), or any bugs for that matter, also rare on Itch. I only have 2 nitpicks, starting with the dialogue: there's not much text per click even when it's the same image for 3-5 frames, I feel like a  lot of the dialogue could be put on the same click without it feeling like too much to read at once, maybe even just 1 more sentence. The second gripe is just that the sex scenes are a bit short and far between, I can't stay hard while playing, which is really weird for me (no, I don't have ED or anything like that). But I understand that it's probably for the purpose of storybuilding and to save work/money, so all is forgiven.

Pretty good game so far. Everything seems to work the way it should, but it does have a number of graphical bugs, like animations suddenly restarting themselves. The animation is fair, I feel like it's better than I could ever do (I've done SFM, it's *hard*), but often times it looks really stiff or there's unnatural movements, but overall it's good enough. The lighting level could be a touch higher throughout, most of it looks pretty dark IMHO, but that's just a nitpick. Sometimes, I don't know if it's the animations, camera angles, lighting, or models (or all of the above), but I feel the characters' faces get really creepy looking on some scenes, but in general it's a good cartoony style and it seems to only happen occasionally. Overall, it's a really promising start and I like it.

Install the Itch desktop application, it's available for Mac and Windows, it makes installing far easier

There was a time when even you were too young and ignorant to know how to use a mouse, let alone install 7zip, and unfortunately Itch is full of the kind of people that never grow out of that phase...

LOL, if you keep playing it, it'll start playing the images out of order until it becomes one big mess. Not sure what the deal is with this game being so short it's basically nonexistent, I don't know if I believe the "To be continued..."

Yeah I was realizing how much preloading is being done based on the fetching at the start... it's really good, I rarely see them load because I have  a good PC, internet, etc. It seems to load a bit faster than the actual E621 website sometimes. I kinda figured it was because of the Itch app, I understand if it can't be done, I just thought I'd help with testing and such. You don't have to add features just because of me lol, I can just use it on an actual browser.

Ahhh, I was using both NoScript (blocks JS sometimes) *and* Incognito :P. At least it's an easy fix lol.

EDIT: after trying the new update, the E621 button doesn't appear to work, and sometimes the previous button won't be there at all. Still on the Win 10 desktop app if it makes a difference. Tried to use the program on the web version on desktop but the buttons were unresponsive, and the mobile version had no start button, not sure if it's a result of my Firefox settings or what.

The problem with the unresponsive boxes seems to be gone now, thanks. I have another suggestion to make: I wish there was a way to pull up the full tag list (or possibly even the full E6 webpage) for images. Often times I see something I like and have no way of finding the artist or something I don't know what to call.

I think you misunderstand what OC is saying, they said "FxM," meaning female + male (more commonly just F/M or F+M). Though, I only saw 1 M/F scene, I don't think the plant counts.

This looks like a very promising game. Can't say I was a little disappointed in only one M/F scene, but I understand that the production constraints prevented more scenes from being added yet. The graphic and audio design are absolutely perfect, the gameplay is simple but suitable for the genre/circumstances, the story has some juicy opportunities... I can't wait to see the Mabel scene :)