Good morning, I am sorry to say that it still doesn*t work for me either. The Premium Choices still won*t show (I started a new game to look and loaded an old save file, as well, to compare). When my MC thinks of the one closest of her it is still just "him" (without any name) and all the CGs are missing except for the last one, which is still behind all the other character sprites in the scene. I also ended up with the neutral Six Ending where he told me to buy the Premium Version. I wish you a happy new year. Don*t know what causes the issue.

This I support 100%. It would be so awesome to see

Reply
To the Edge of the Sky - Premium community · Posted in Bought TTEOTS Premium, but game tells me to buy Premium Version
Shinrai1 year ago

seems not like it, I opened this thread here 71 days ago ( and it was said they*ll fix it in the span of 48 hours, which they did not) and since then nothing new. Seems rather difficult to find a programmer who is capable of finding and fixing the issue.

Reply
To the Edge of the Sky - Premium community · Posted in Premium?
Shinrai2 years ago

Hi you two, just in case you have missed it - Ajané posted a devlog regarding this issue:

Hope I could help you with that a bit (and I hope she can get in contact with her programmer in the next couple of days).

Sadly you can*t access the download in this post either - except you buy the game again - at least that is how it is shown for me.

sooo...I have to buy the game again here, although I already paid for it and own it in the Itch-Launcher? Or is this for those who want to buy you game? Any new updates on the programming help front? Why can you upload the actual premium version here, but not in the original shop front? Are there problems with the Itch Launcher or something, which is directly connected to your customer*s accounts? Sorry if I sound weird, but I am confused.

Couldn*t you name yourself anyway?At least I named myself like I wanted. At least I remember I could do that. Or do you want to play with a default name?

Reply
To the Edge of the Sky - Premium community · Replied to Ajané in Bought TTEOTS Premium, but game tells me to buy Premium Version
Shinrai2 years ago

Thank you very much :) I appreciate the fast response. Hopefully you can find out what caused the problem. Have a nice Sunday.

Reply
To the Edge of the Sky - Premium community · Created a new topic Bought TTEOTS Premium, but game tells me to buy Premium Version
Shinrai2 years ago (6 edits)

I am a bit confused (and maybe I screwed something up with my purchase don*t know). I recently bought your game (To the Edge of the Sky Premium) on the Itch.io-launcher. 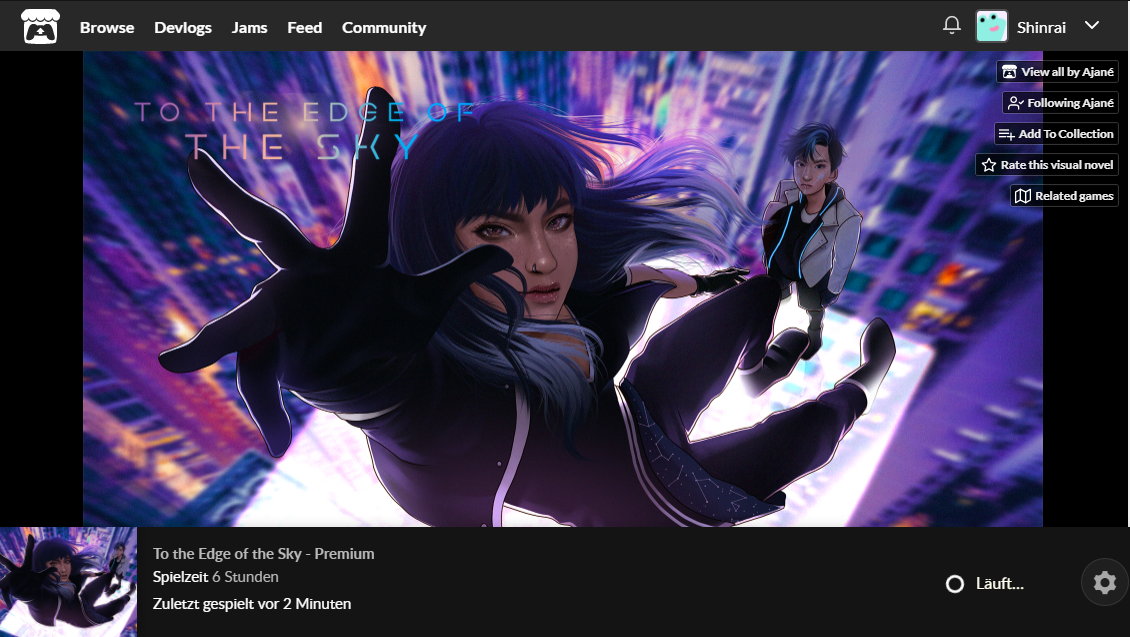 Sorry for the german, I am not an english native speaker but "läuft" means just that the game is running and on the left you can see that I played the game already for 6 hours and that I really own the premium version.

I played the game until the end of chapter 7 and encountered this in the end scene with Six: 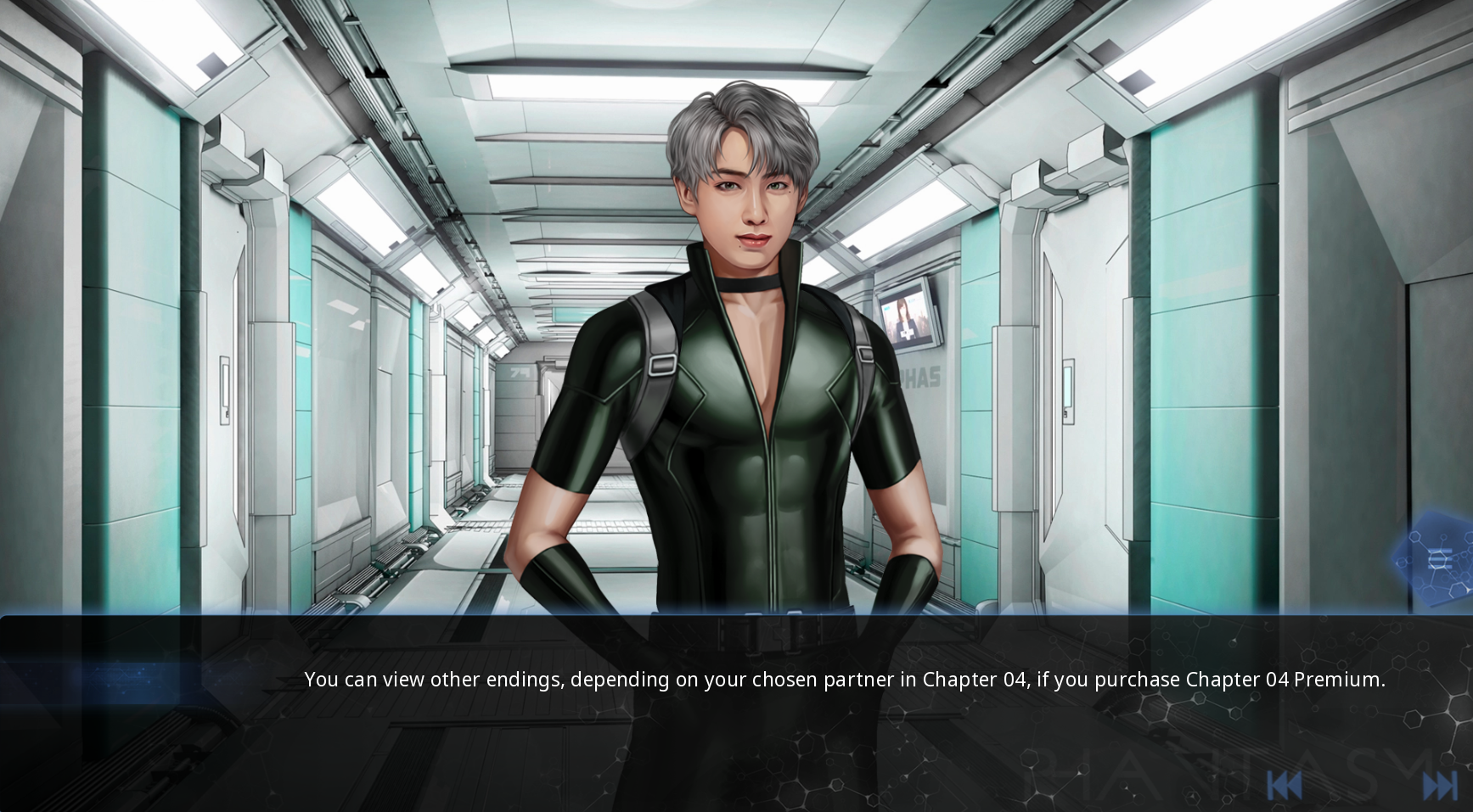 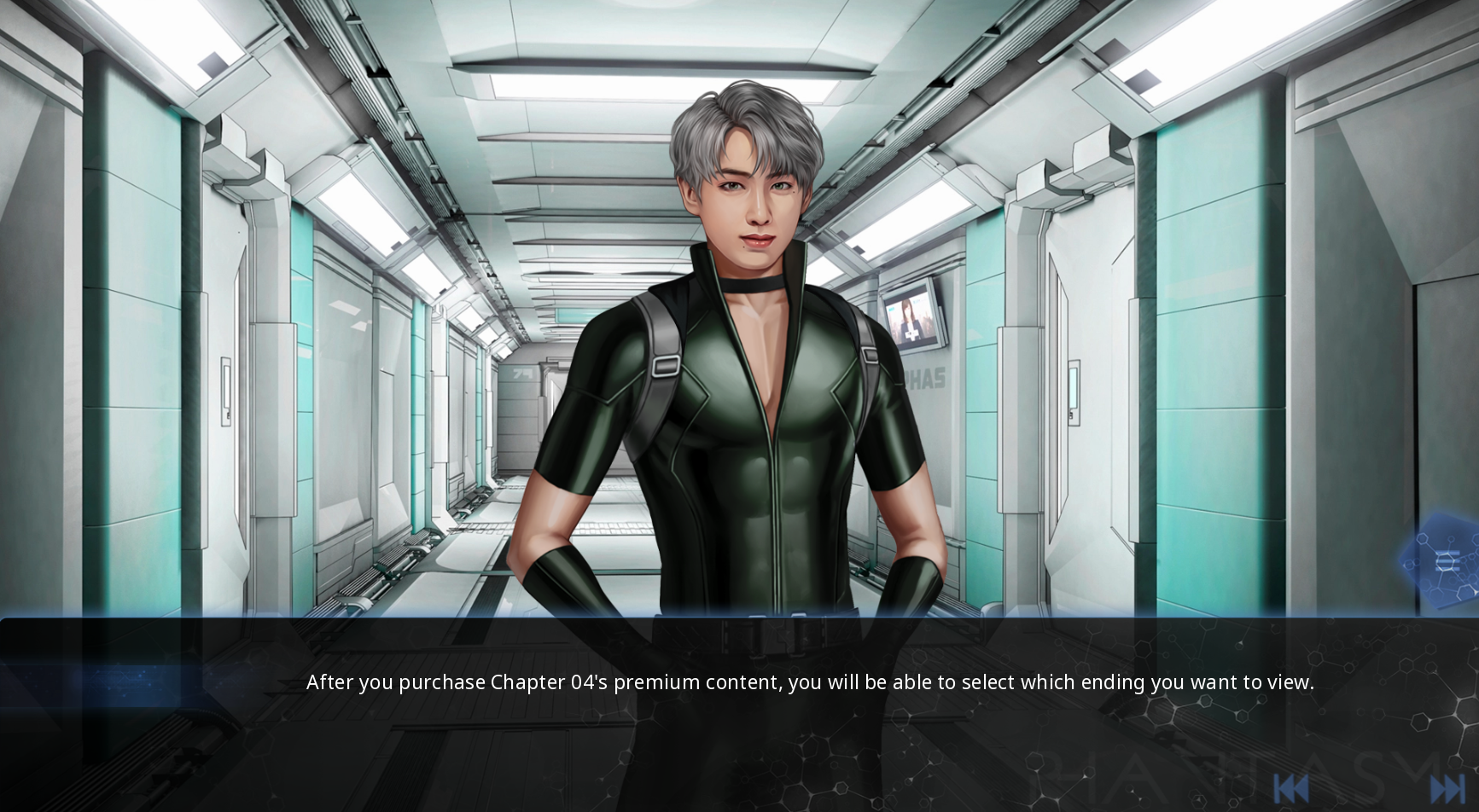 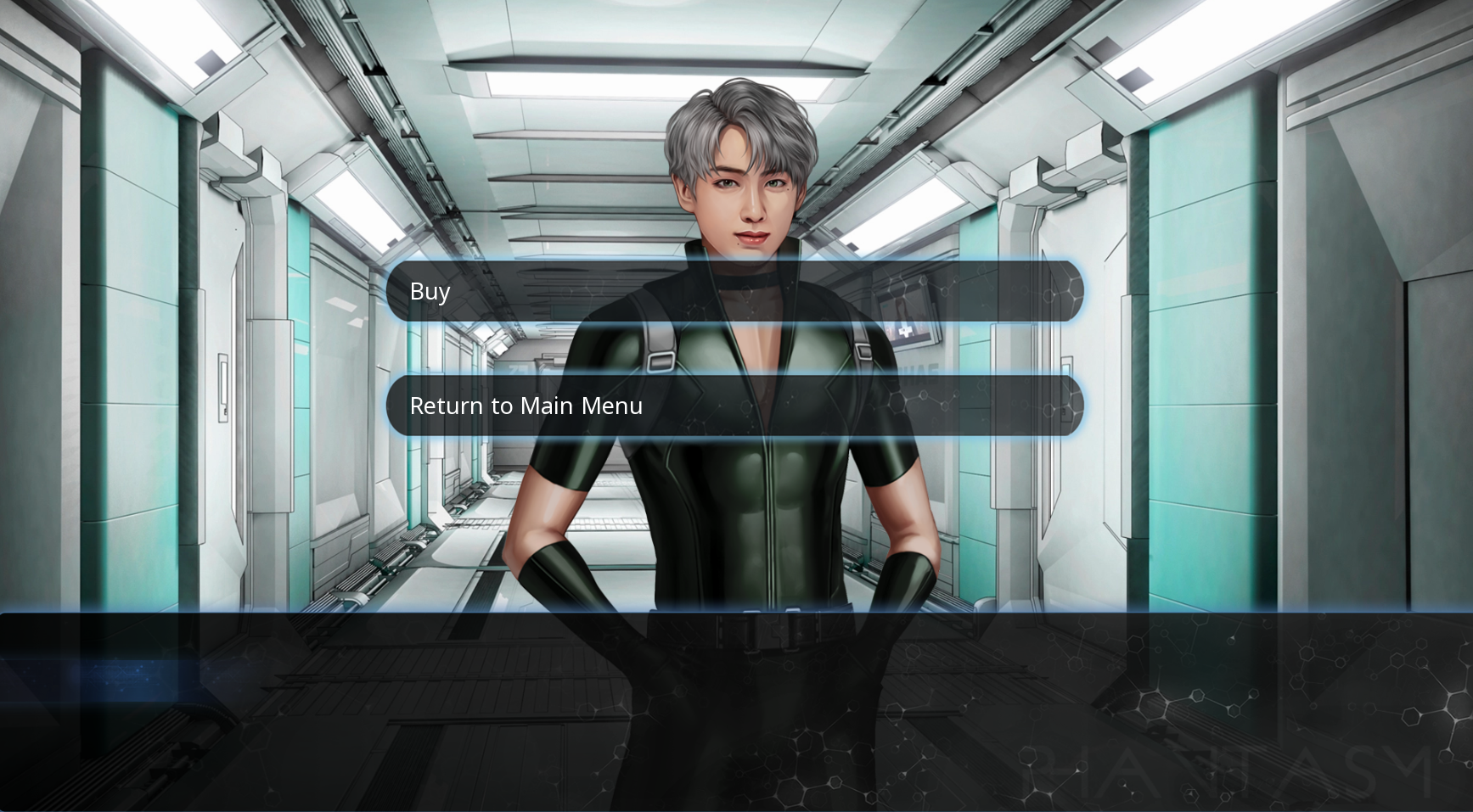 I was a bit confused because I already own Premium. Game doesn*t seem to recognize this. When I clicked on "Buy" I ended up in the Main Menu. In the Mission/Chapter Overview I couldn*t see any endings popping up to chose from.

When I played Chapter 4, I couldn*t chose a partner.  I chose Zero as a trainings and mission partner in the earlier chapters before Chapter 4.

In Chapter 4 I had the conversation with Raske, where I could chose to listen to him or  [think about the one You are closest to].  I felt very disconnected by this, because I didn*t encounter any romantic or flirty scenes with the guys while playing at all. Everything felt more like a friendship/common route until the end.

I am not sure if that is intended but because MC just started out O felt this was kinda normal and the game seems to revolve around the whole Faction-Thing most and the bonding with the guys was veeery subtle overall. Like.. very very. It really felt like strangers become friends kinda thing and not even that, because I encountered characters like Three, Eight or Six just 2 or 3 times, very briefly and the conversations with them were rather neutral (I could ask them some questions or just listen to them what they had to say to others).

When my MC thought about the person she was closest to in Chapter 4 she just refered to him as "him", not a name, so I didn*t know actually who she meant.   No names popped up to chose from- if that is what should have happened. After the end I of my 1st playthrough I jumped into the Chapter/Mission Menu and started from Chapter 4 again. But nothing changed- except for MC having the default name, not the one I chose in the original playthrough. Here I couldn*t chose a name either. And every time I chose [think of the one] , I ended up in an unavoidable mission failure and game over few minutes later because of what happened to Dr Sadik. In my original playthrough and when using the Chapter Overview in the main menu. 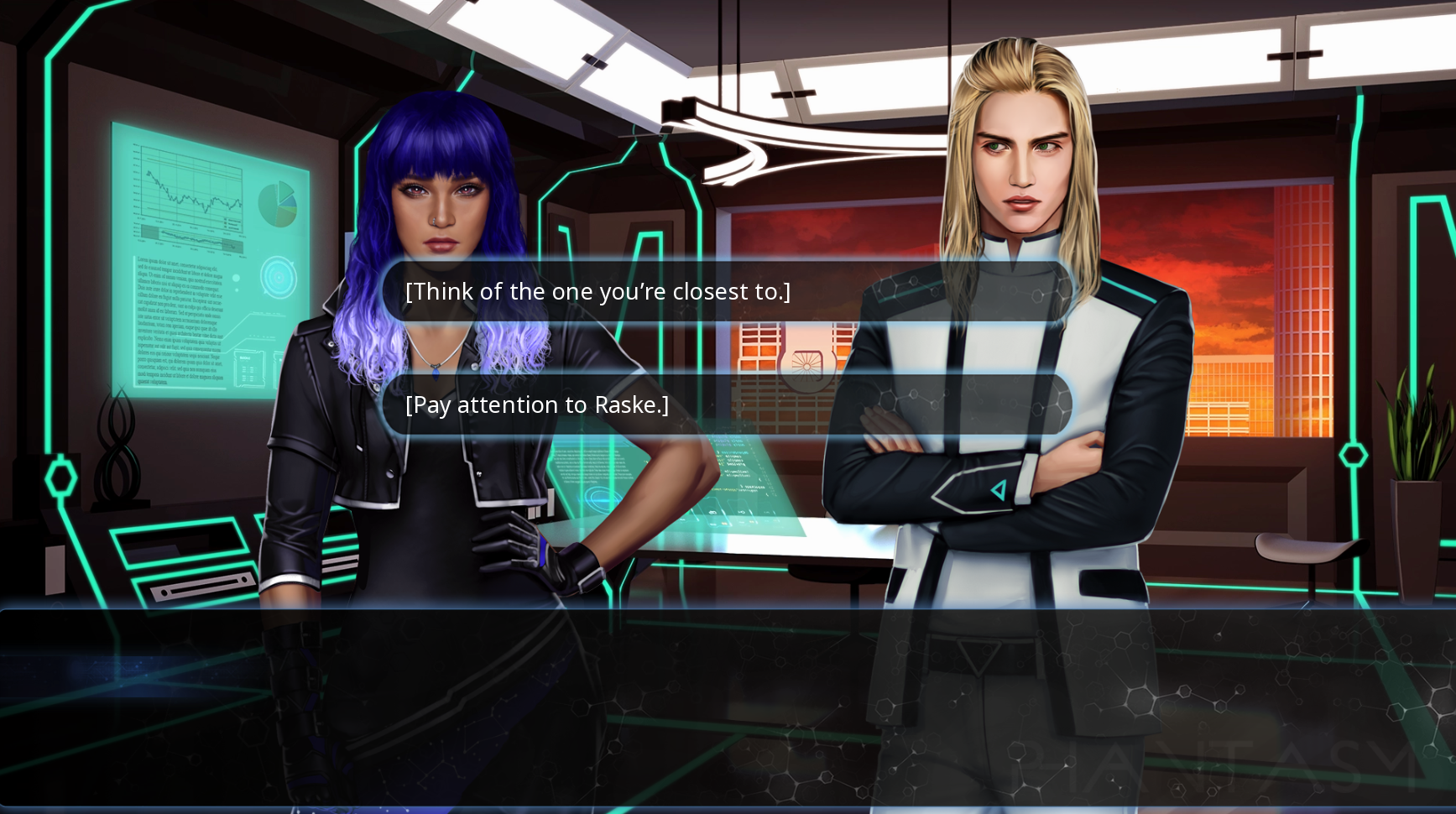 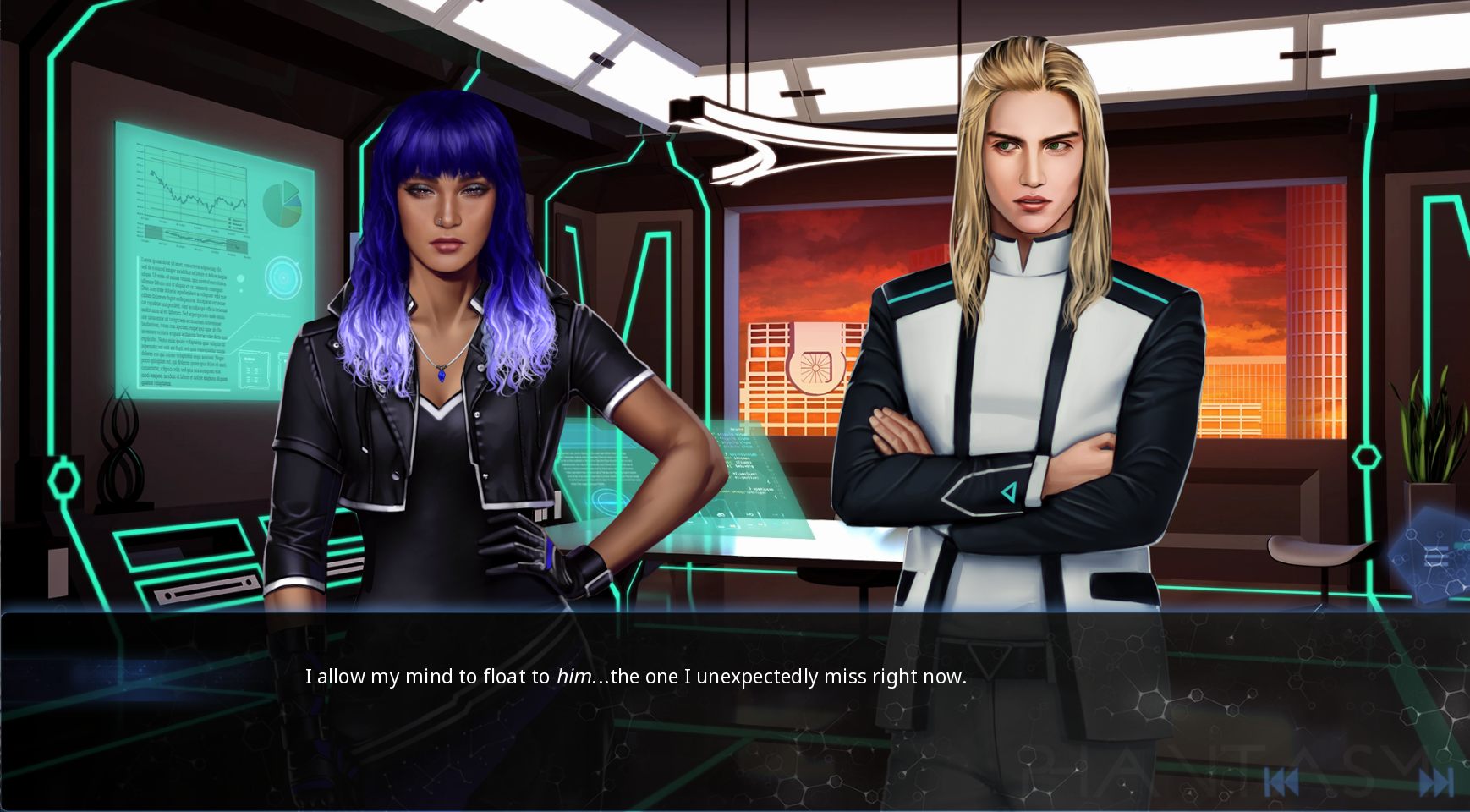 After chosing [Pay attention to Raske] I didn*t end in the mission failure and a bit later I got to this conversation with Nine on the roof, but again I couldn*t chose a partner. Chapter 4 ended without me being able to chose a partner.

I guess Six is something like the Common Route/Neutral ending for when a player doesn*t meet the right criteria or something like that? I was very focused on the Zero in my first playthrough though.

I encountered no CGs except for the one in the end where MC & Zero talk on the roof with the blue heaired queen (I forgot her name, sorry. It is already pretty late at night here and my concentration plays hide and seek with my mind right now). I don*t know how many CGs are in this game. Can be that they are rather rare in general. Can be that I just missed them because I played very instinctively and without any guide.

The game was updated by the launcher a few days ago after I bought it, automatically. The character sprites are all updated. Don*t know how it is with the CGs becaused I didn*t see any except the one I mentioned. And even that I couldn*t really see because the normal NPC-Pose-Sprites were all over it in the conversation.

I couldn*t use the "Status"-Menu on the right Side-Menu-Bar either. Game didn*t do anything when I clicked on it. I am not sure if content for the Status-Window was added or is planned for in the future.

I am really sorry. I hope you can understand me rambling so chaotically.  I wish you a good night and thanks in advance for possible feedback.

Edit: I edited my post because I butchered grammar hard and I double mentioned some stuff, which I  I deleted/overworked now for hopefully better understanding and word flow.