You can't bind to a controller?

Certainly feels like a bite-sized version. While you ended up taking the actual overtake requirement, the time limit is tight enough that you still need to weave around dozens of cars each lap to beat the clock. It was simple arcade action like that what made Activsion so great back then.

Ah, back when Activision wasn't a scummy megastudio!

Welcome to The Bitchuation Room! Sorry, couldn't resist; The Cannery is also used as that show's theme. x3

Anyway, pretty fun game. The map layout kinda reminds me of Slay the Spire, and I remember having fun with that game!

Edit: It's brutally hard! I know rougelikes tend to require a bit of luck, but this goes a bit too hard into it. Whatever strategy I think of just don't matter against an enemy who can wipe you out in just 2 turns! One point where I think a bit more randomization should be used is the aforementioned map; It's always the same and feels like I'm taking the same path every time because of it.

The following features required to run Godot projects on the Web are missing:

I got a runtime error after losing all my money.

Hope this helps you track down the bug.

Well, even the old school way you'd have landmarks listed to help you pinpoint your location. Driving around aimlessly ain't bad though, at least until you feel you've been driving over the same flat greens for a while.

How can you tell where you're at?

Would be nice to have additional modes like an untimed practice mode, and a mode with preset checkpoints you can try for the fastest time.

But how? I literally closed the tab briefly by accident before I remembered to spend gold I had before bed.

MY SAVE GOT ERASED!!! I'VE BEEN PLAYING FOR AN ENTIRE MONTH AND IT'S ALL GONE!

I thought this would be like Texas Hold Em. And the tutorial moves a long a little slowly, text prints at a lazy pace that you can't speed up if you can read faster. And are Aces counted as 1 or 11?

I also think hand scores should be shown so the player knows why theirs won or lost.

Lastly, I think some animations could be quicker, like the ticking on the player's wallet before it displays "WIN" or "LOSE" should probably only last a second or less.

The dumb car keeps wanting to drive the wrong way! You can't force it to turn around!

PS: Nevermind. I figured out you can stop the AI to push it around easier.

Game over WITHOUT running out of time? BOO!

I think the arrow keys should also move you, since that's what I tend to default to in a keyboard only game.

I can't even get over the first jump...

Looking like a pretty cool Trials-like so far, with physics that takes more into account how pedaling and hopping works vs the BMX bike in Trials which basically behaves like a less powerful MX bike. 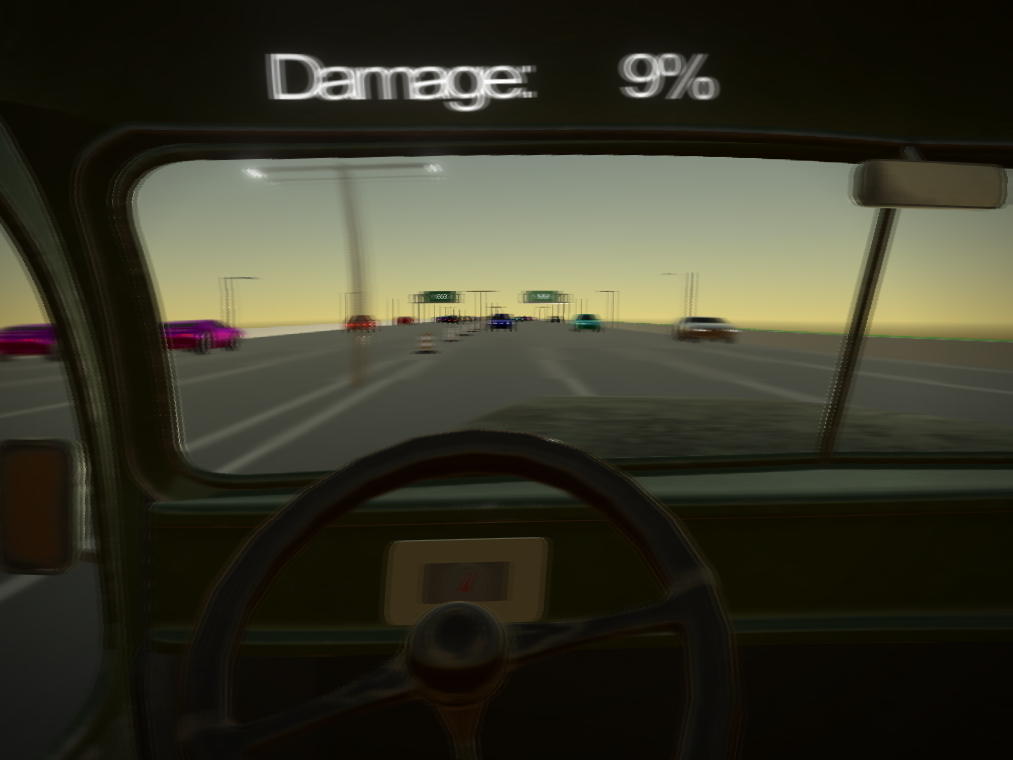 > I've noticed this behavior on Firefox, and not in Chrome. Could you tell me which browser you were using when you noticed this?

It's Firefox. So I guess it's either a fault of the browser then.

> When you noticed the drop in performance, was the snowstorm curse in progress? That's one known issue.

Both during snowstorms, and during longer runs with more of the map revealed.

I forgot to mention, there also seems to be a bug when entering full screen. While the screen aspect remains to whatever it's using by default, the mouse gets stretched to your screen, (16:9 in my case). So, for example, if you're in full screen and you try to put a turret on the sides of the screen, or try to click a button, you'll have to move farther to the left or right than what appears on screen.

Also, have you considered using LOD models when zoomed out? I'm getting framerate drops when zooming out on larger maps, and when it dips too low, trying to use fast forward ends up slowing the game down more.

I played this for over an hour last night, but my progress wasn't saved...

Definitely a unique control for a platformer. My only complaint is that you use the left stick for control instead of the D-pad; that makes twitch moves harder to pull off in the bonus stages than they should be.

I got an F with 0 points even though I lasted 17 floors!? I was enjoying myself till then.

I did ultimately figure out roughly how to price CPUs and unlock everything........ by 2021.

I guess I can laugh at the irony I didn't have a PC with anything better than a dual-core CPU till late last year. ^^;

Not exactly very encouraging to question if the player even tried if they struggled the entire game trying to figure things out for the first time.

Had fun otherwise though. Definitely gonna try to suck less in my next playthrough.

Okay, I'm not sure if Itch.io has problems with uploading images directly from the clipboard or not, but this time I saved a screenshot to disk to upload... 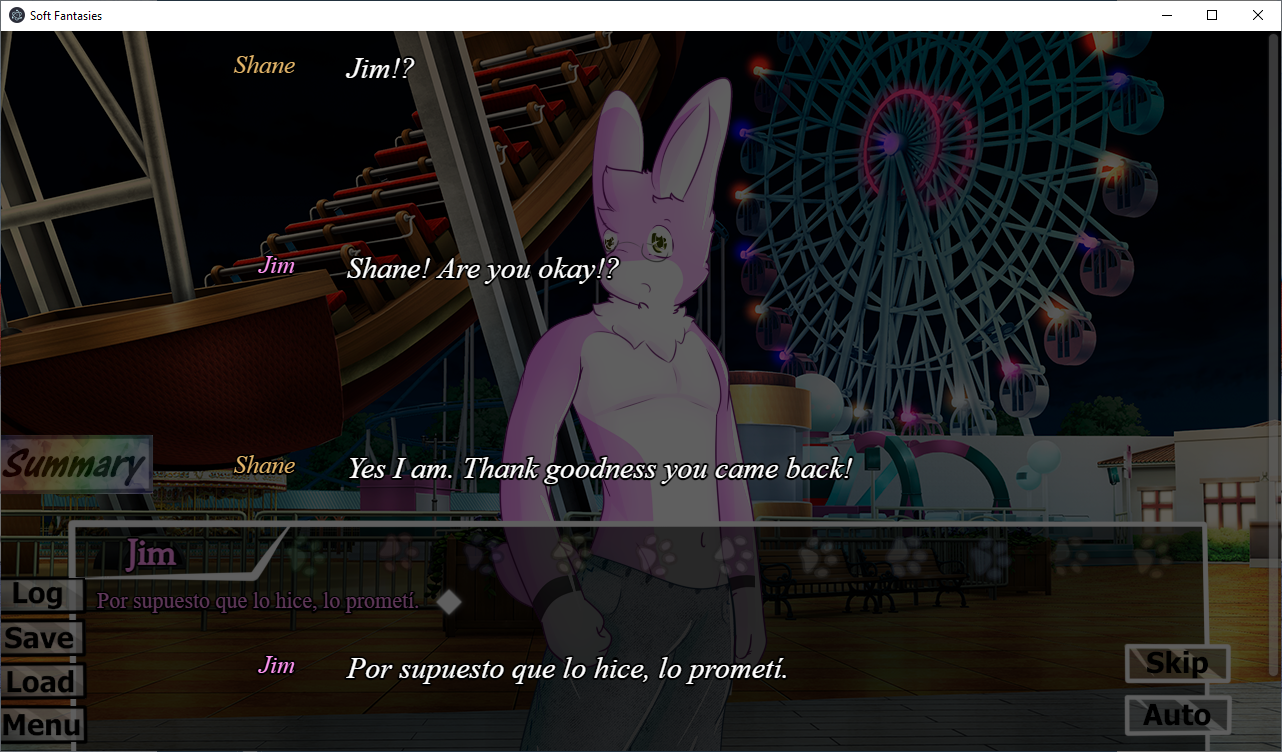 I tried to post this weeks ago, but I kept getting a server error? I guess Itch is weird that way... Anyway, Jim ends up switching to Spanish here even though I'm playing in English. I guess he got so shaken up he forgot what language to speak? XD Anyway, I first encountered this in v0.2.4 and again in 0.2.5 when I had to replay the game due to the engine change, and since Itch saved a draft of my old comment with the screenshot I originally tried to upload, I went back to an old save to see if it was still there in 0.2.6 and take a screenshot if it was. (And also rewrite my comment to make sure there's no errors that'd prevent it from being posted... 😓)

PS: As for the latest chapter, any size pizza is acceptable as long as it's on The Pizza Scale™!

Yeah, heh. That's what I meant; it's otherwise the same as a normal pregnancy, except it happens from the buttstuffs. x3

Pretty fun to play around with Cannoli's size; she can get pretty huge, and the way her breasts react to the size of her belly and whether she's wearing a top seem pretty realistic, at least till they clip at the larger sizes. Can't seem to do much with the hands without VR, so you kinda have to run into her to play with her breasts. Not that burring your face in that isn't fun. 😉

Not too bad so far.

Oh! Forgot to mention, the effect of milk making her top wet's pretty nice too! 🥛

Dooooose that refer to the method of the pregnancy... or the location...?

Will it be possible to become pregananant without needing a pussy? I noticed there's an option for Male Pregnancy, but does that extend to futas without a pussy?