Also please add option to disable the side to side head bobbing. I dont know why so many devs try to force this nauseating effect in so many first person games

Any plans to make more of these? Some sequels could be

So is he supposed to be the final boss of the game? If not, I'd recommend changing his name, calling him The Creator makes it seem like its a final boss thing. Also the location is kind of random for him too, he should have his own dedicated area instead of the basement of the house.

So my suggestions would be these

1. Change his name to Prince Pollywog or something since he uses those as attacks. Move his statue entrance to another part of the map, maybe make a biome for the pollywogs like a swamp or something. You could still use the cave theme for him by having his statue in a cave in that biome or part of a fountain, I'd also tweak his arena to fit the pollywog kingdom theme a little more. Mostly speaking decorations wise, the floor being yellow green like it is currently looks good. Just needs stuff to make it look like a throne room and not just an open area

2. If you move his fight/statue you can replace the basement boss with something else. Like you said in the dev video its pretty rough as a first boss encounter anyway. The new boss there could be a giant basement centipede (  I forget what the proper  insect name is ) and give it some interesting attacks. It can be reached in the same manner as the Creator, by that I mean you go down a hole and drop into its lair

I know your name is TrashGames but you have something here with a lot of potential!

Some ideas for this;

Please keep working on this game, its hilarious

Some random ideas for it could be instead of the current loading screen have an animation of a 2D cat snorting a line of catnip. For the speedometer it could be a can of tuna with a little fish being the needle. Anyways great game so far!

Any chance for controller support?

Pretty cool game! Would you add vsync in future updates? I had some issues with screen tear.

Would you add a 'Press R to restart' function to the game when the RIP message pops up?

whats in the update?

They only made it free again after getting called out.

You can try to delete comments all you want. That just confirms to me that you saw it. You know what you did, others noticed what you did and you got caught. If you want to sell games thats fine but there are ways to go about it without trying to be a scumbag like charging for demos or previously free games.

So...I guess this is never happening for your 'Friends Killing Friends' game is it? I'm not the only one either, there are a bunch of people asking for a way to play offline with bots or something. 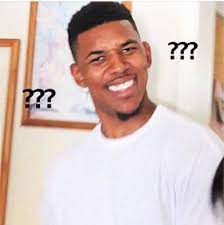 Really not a fan of the new combat or camera thing. If you want to improve it give the player full control of their motion/swinging if they hold the left click while swinging.  Think of it as focusing the attack, for lack of a better example. If you do change the combat/camera to what you shown in the youtube video please give us a way to toggle it back to the old way in the start menu

In regards to the combat comment as it stands it seems ok for now. My only gripe is I wish when you hold down left click it gives you full control of your swinging. If you just swing without holding the left click then it could be all wobbly like usual

Im hyped for the update!

I dig the game but the bullet and projectiles sound fx are really weak. Same can be said for when enemies die ( the floaty one that shoots eyes is ok though ) They could use some additional sounds when attacking/pursuing  as well, like for the chainsaw guys you could give them chainsaw rumbling sounds and when they hit the player the sound of the saw rev's up followed by some squishy sounds like they've cut into you.

Extra details for the pistol could be to have the mouth of the gun moving when not firing, then when you shoot have blood dripping out it's mouth as its firing which fade away after you've stopped.

You could still have them scattered about like you do currently. Just make variants of them based on random cool species/types like Murder Hornets, Emerald Wasps etc. To ensure variety, make the the game do a check based on the boss being beaten inside their fortresses. Example, the player always encounters the current wasps in the game first. After the bosses is beaten the game sees it and will spawn only the next variant afterwards, rinse and repeat until all types are beaten then at that point each hive can be generated at random.

Be sure these variants are actually different from the starter one and not just renames/reskins. Different bodies, different attacks etc. Also a nice touch would be what was mentioned in Oney's video where if you're wearing the head of a previous boss the game recognizes it and adds some cool dialogue

What is in the update?

What's in the update?

Will you add a menu to adjust mouse sensitivity and volume?

Really needs a menu to adjust mouse sensitivity and volume, other than that it's a pretty nice game

I freaking love this!