There are no plans to release the game on the mentioned store. Regards!

Thank you for your support! :)

We may release it there too in a few months. :) Despite that, Itch.IO will always remain our main platform, cause it works like a charm. 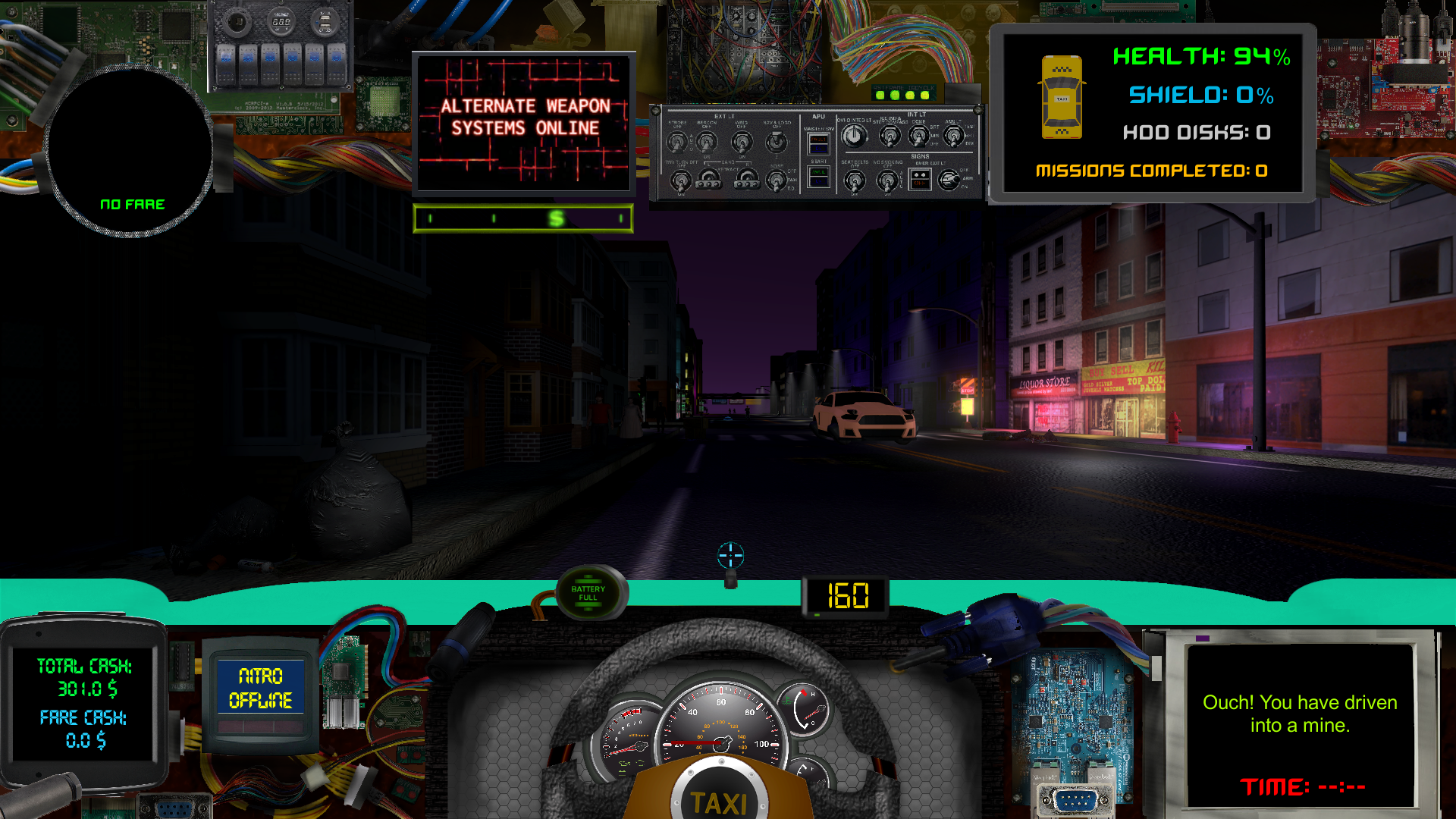 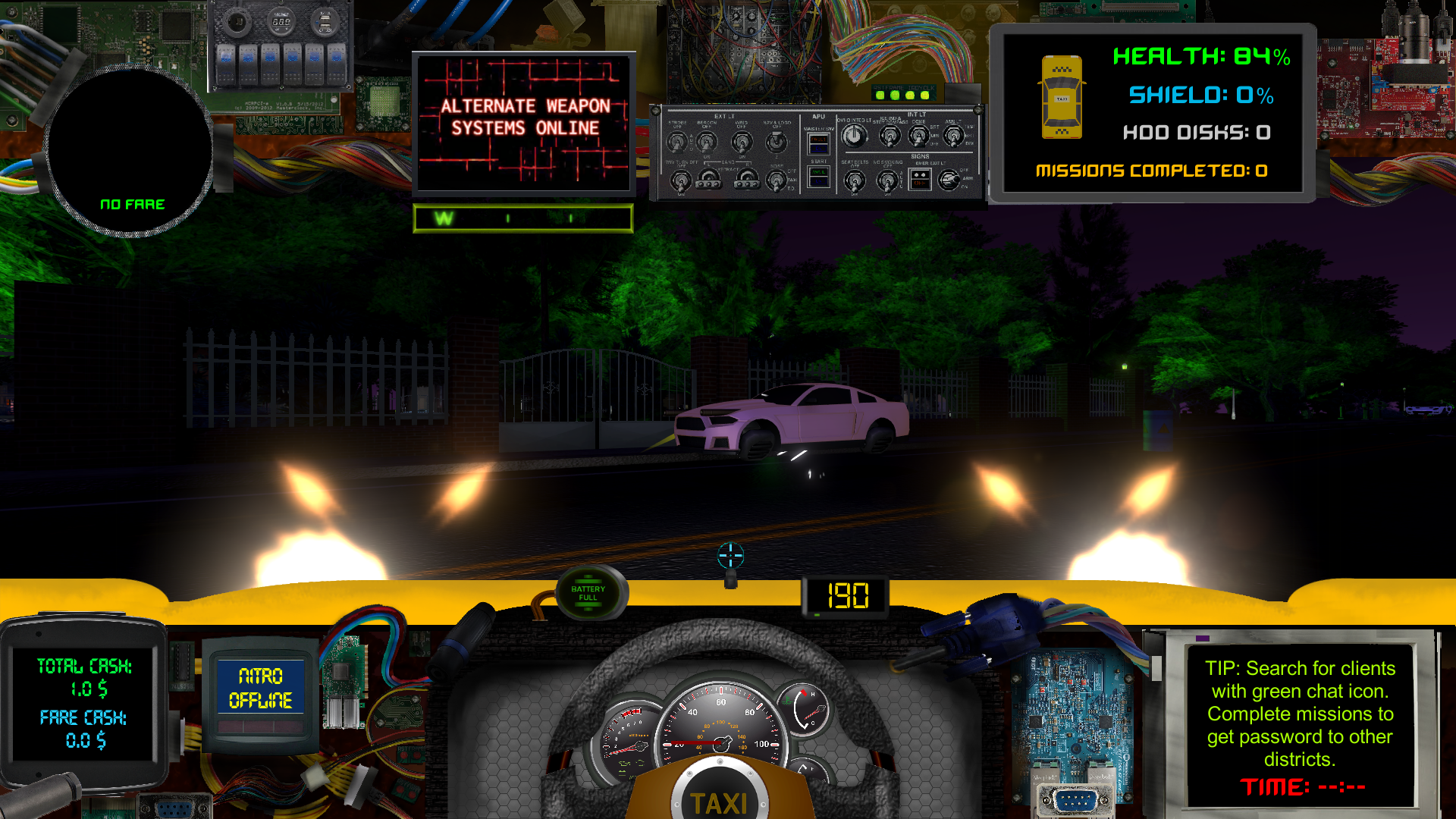 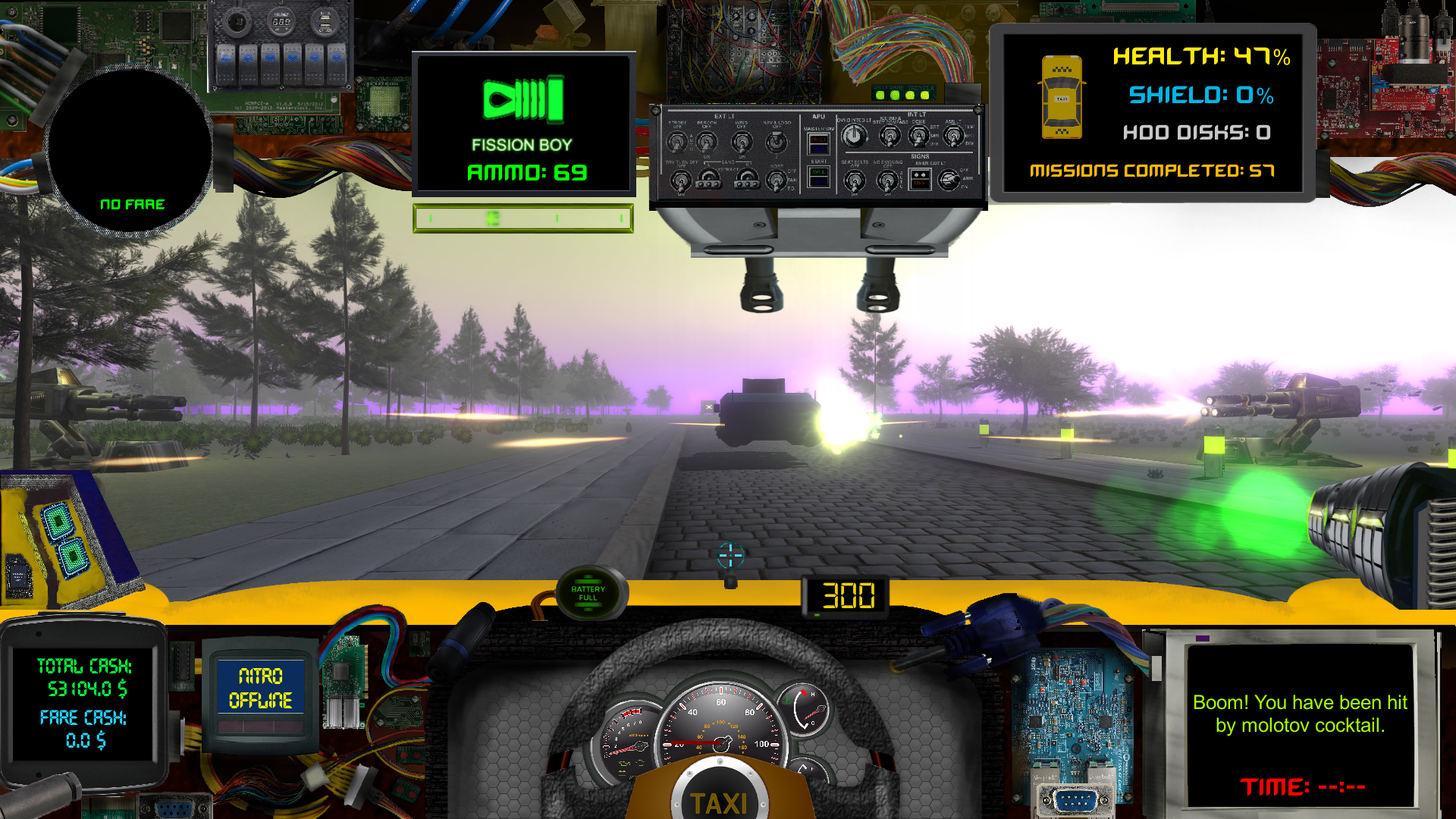 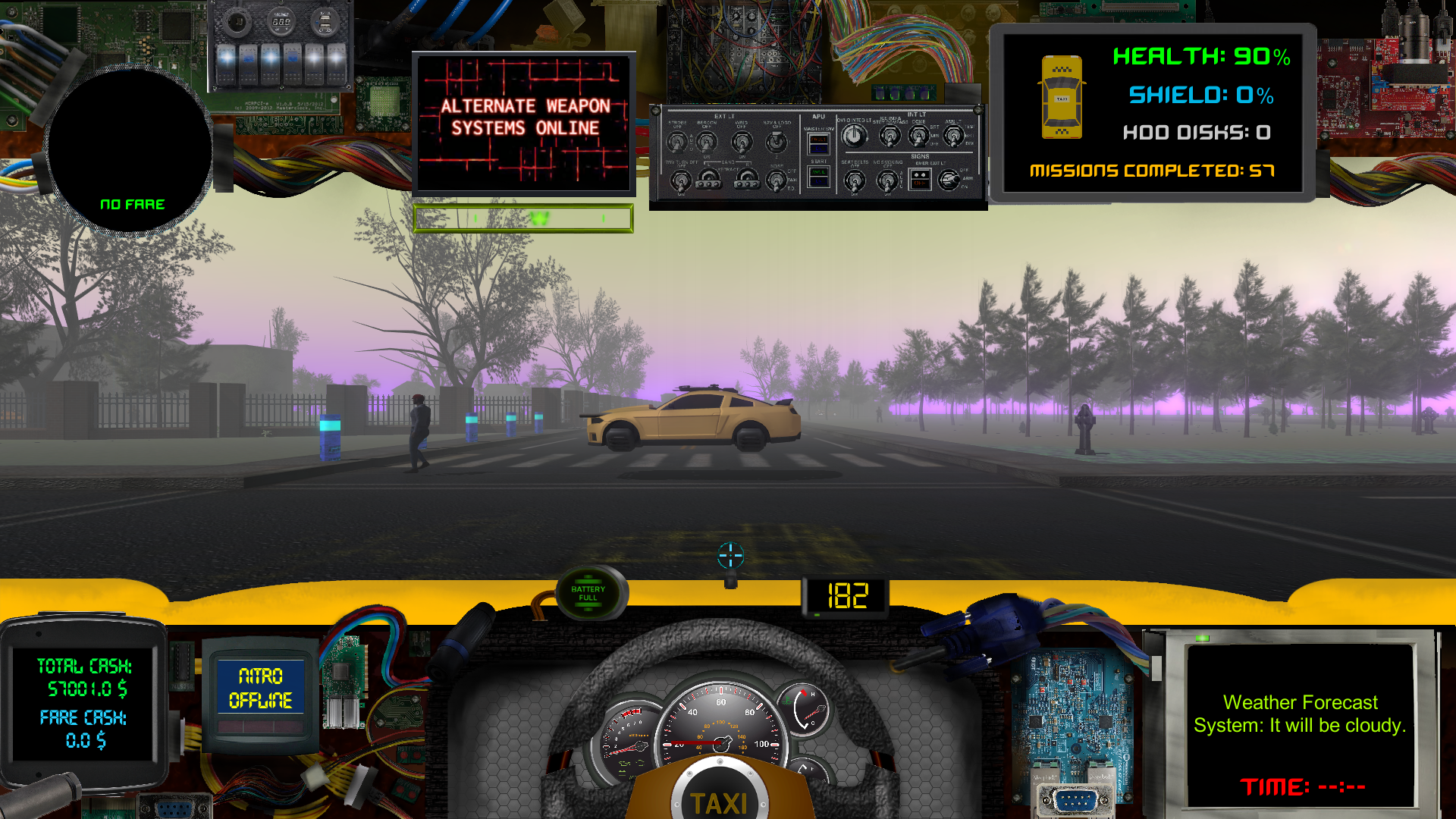 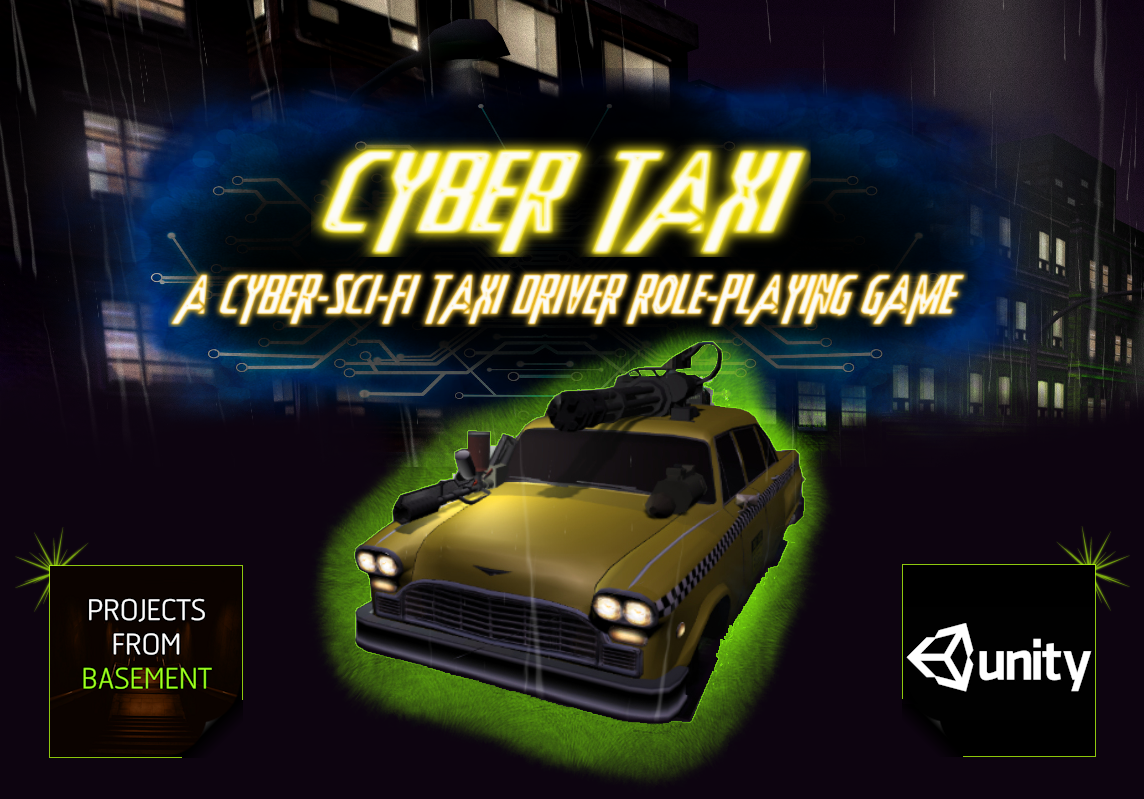 CyberTaxi - driving first-person shooter video game, arcade simulator of a taxi from the future with RPG elements, in which you play the role of a cab driver working in a dark-noir futuristic city called Hindenburg. The future has been dominated by the sinister Gambricorp organization. Industry, high crime rate, illegal drugs and even littered streets are all part of everyday life in Hindenburg. Complete various fares and missions for different factions to gain access passwords to further districts - perhaps you may have a chance to survive and escape this unsafe post-apocalyptic urban area.

Gametek's Quarantine served as an inspiration for this title. If you like Escape from New York and other similar movies then this game is for you!

NOTE: This game contains scenes of violence and gore.

SALE: We have decided to sell our indie game for a small fee of $5. We require further development support and donations to finish the game in 100%. Game mechanics and main elements have been implemented in 100%.  Game content is completed in 50% (two districts of five have been fully developed so far).

We will post more information about the game and a FAQ soon.

By  Filip Liebert & Szymon Liebert as Projects from Basement, Poland 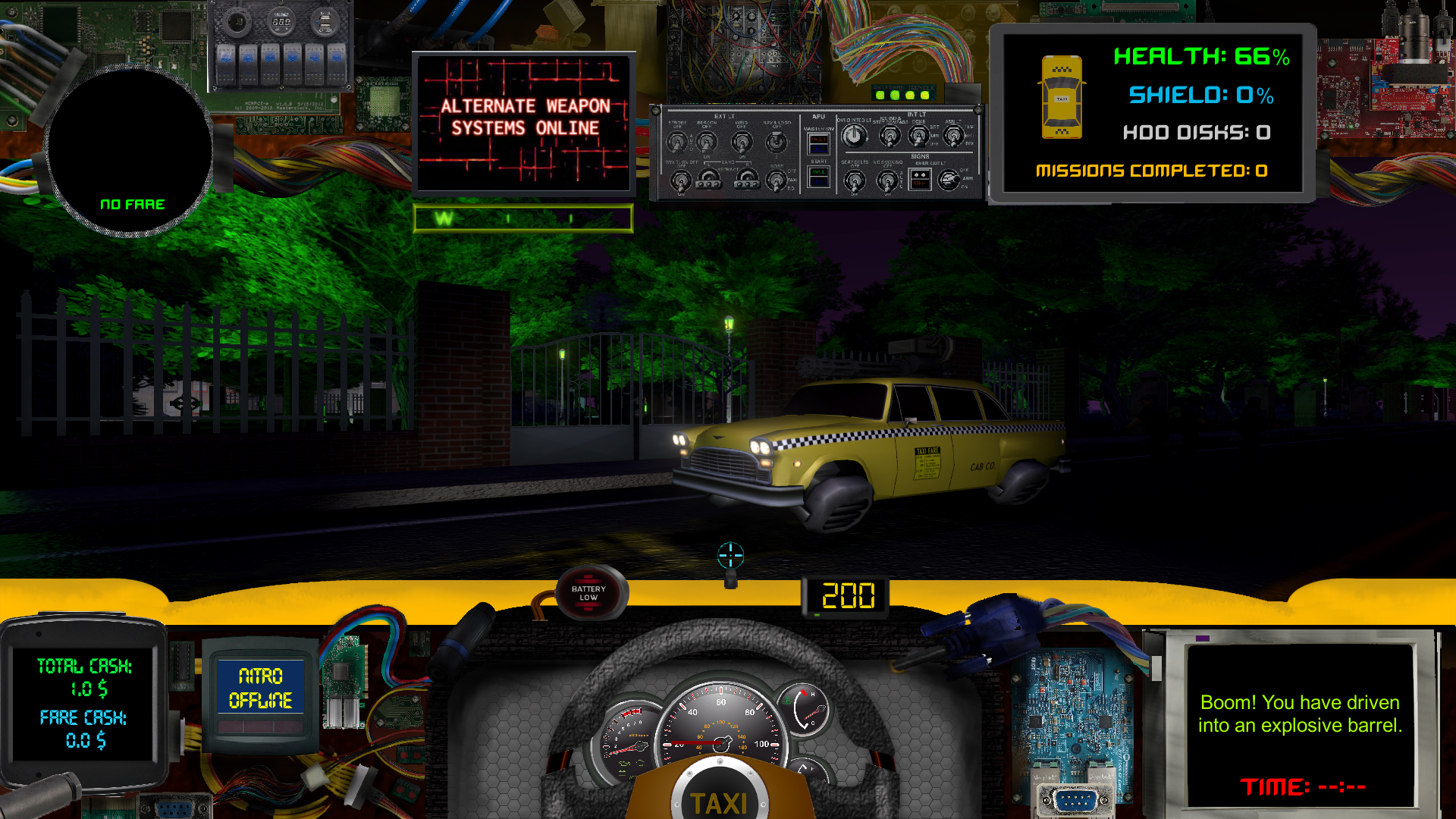