Hi, Im having trouble making live room editing when instance with create event code are in.

Here is how the rm_test room looks in the editor.

The cracked blocks and the A objects have no create event and work fine even when updating them. 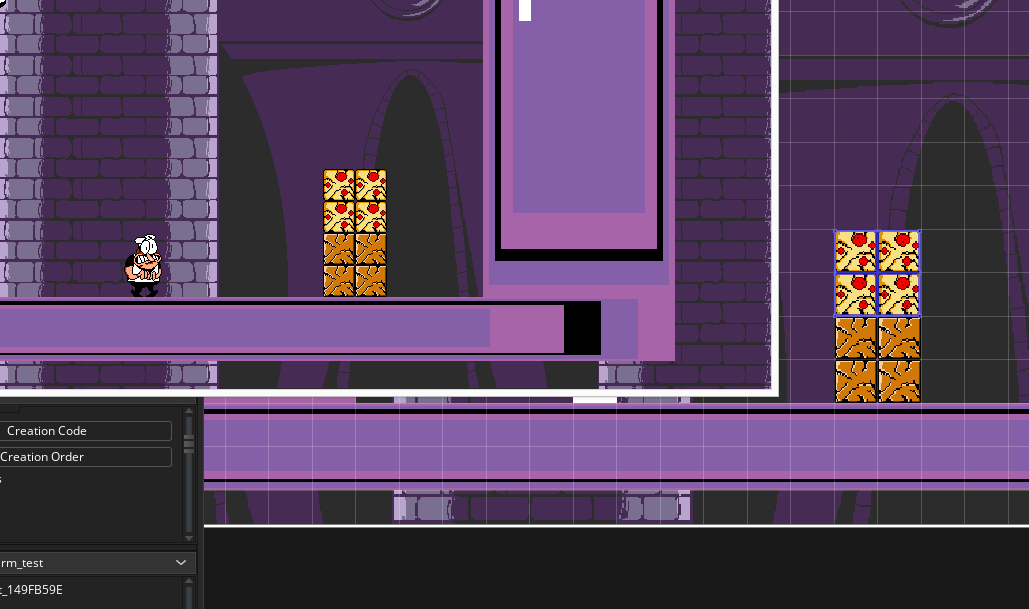 However when I try adding an enemy (obj_cheeseslime), the game crash and tells me that the "hsp" variable, which is set in obj_cheeseslime create event, isnt set. 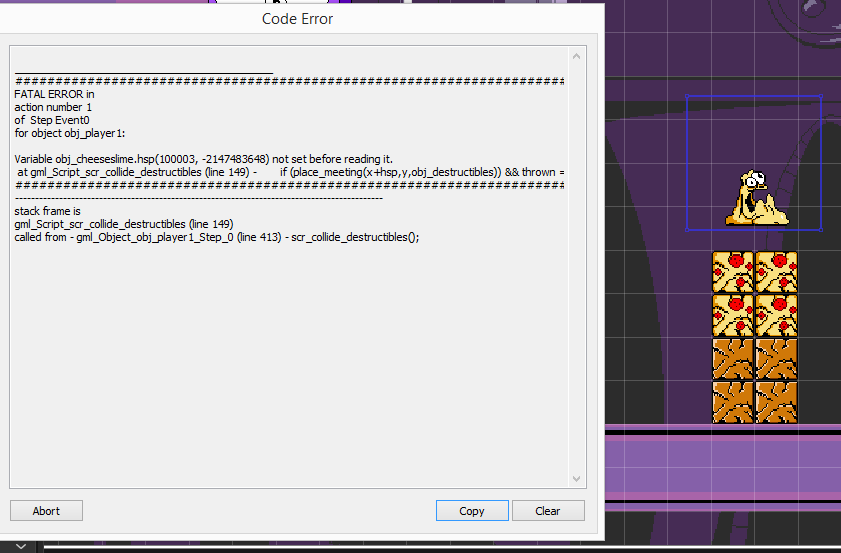 A similar issue also happened when trying to edit the character jump height with the live_call/live_result script, I would get error logs that told me the "states" variable for the character (which allows to switch from jumping/attacking/etc. states) weren't set in the scripts (which I assumed would only need to be set in the character object create event). Am I missing something simple here?

Be sure to download or update to the latest version of Direct X or else the game will crash when you go at max speed!!

if that happens you need to delete your save file in AppData under "Pizza Tower". Its hard to find but it usually goes under C:\Users\Username\AppData\Local\Pizza_Tower. AppData is a hidden file.