I have a friend. One and only friend. At some point I felt too depressed and didn’t communicate with him for months. Thankfully, my mom urged me to restore communcation with him, in order to keep our friendship going. Then I remembered phrase from your game, “you had friends, you just didn’t keep them”. And it additionally motivated me to stop my self-isolation and communicate with him again. Thank you for that sad lesson that your game taught me!

Also, the image and the music in the main menu of the game are very atmospheric and resonate with me. I was lonely as a child and even as a teenager. Just being in the main menu makes me cry a little.

The animation that you linked absolutely melted my heart! Despite me being a straight man. Maybe I should give your game a try.

And one more thing. It happend to me, that the demon in this story looks like allegorical portrayal of ... mathematics. Both are ancient, eternal and from beyond this world (abstractions and concepts don't exist in our world), both can look scary, both require to be approached in thoughtful and careful way in order to communicate with them and even when they answer they are very laconic and every their "word" has weight. By systematically asking them both will, piece by piece, reveal you about the world beyond our world. And in both cases they know so much, that you will never learn all in your lifetime.

Thus we can view it as story of a woman who found joy and solace in becoming an amauter mathematician. Who decided to spend her limited time on Earth to explore eternal world of mathematics, rather than experience ephemeral things of our ever-changing mortal world.

Even if I will die tomorrow, the time that I spent reading your visual novel was well spent. This is sad, but kind fiction.

The lesson that I learned: it's worth to miss out everything else if you're doing a thing that you love. So don't try to not miss out things (you will anyway), try to find a thing that you will love, something that would be well worth price of missing out all other things.

I stopped playing prematurely because it was hard to understand. I like the idea, but the game looks like machine-translated from Chinese

By the way, if you're interested, I could help you to make Linux version of the game by playtesting it

I get error when I try to run this on Linux

Basically quizes with relaxing music and cute backgrounds. The fun part for me was to progress by just googling about accounting.

Shouldn't there be "Romance" tag?

I think I found a bug. After you put one candle, but haven't finished the ritual, it's possible to walk away from the altar far to the left, to the very beginning of the road.

It was kind of fun! 35 minutes. I have seen much more boring games on this site.

This is actually  a good advice, I will put it into my memory. I sometimes panic when I face a problem, even when I solved the same problem multiple times in the past. The question is, how can I avoid panic or stop panic? Hmm...

"MTH learning method" What is it?

Is it really difficult to just port the game to Linux?

Can we expect new levels for the game?

Full sceen doesn't help. My screen resolution is 1366 x 768.  I managed to beat your game to the last level, but I had to hack it by abusing built-in developer tools of Firefox. I think you could just make floating buttons/fields over the code of the game and solve the problem.

It has no input and no run button:

Thank you, I will try your game!

I also noticed your clever design to avoid a level being solved due to division by zero!

While the art and presentation of the game is gorgeous, I personally struggle to understand the core motivation for playing the game. Judging by the rules the player is completely at mercy of random chance and this chance is clearly very biased against survival of the player.

"Keep it in front of you. You can discard this card during any turn to discard a card you turn over, ignoring the prompt entirely."

Does it mean that I can use Ace Clubs to discard the last king, thus avoid game over due to collecting all four kings?

What will happen if I will use PET with a GM-emulator, like Mythic? =)

Please, add mechanics that could replace a block tower. I  don't have tower, so I borrowed replacement mechanics from "Way of the goblin: the lone wolf" (https://thaumavore.itch.io/way-of-the-goblin-the-lone-wolf)

Also, according to the plot the game should last 7 days only. How to interpret situation when the player ran out of days, but have neither achieved salvation (i.e. there are tokens remaining on the ace heart card) nor lost yet (The tower is okay and not all kings have been drawn yet from the deck)?

"a tumbling block tower" Please, indicate that this part is optional.

Link to rules of the original game: https://forthequeengame.com/srd

In other words, it was purposedly overdramatized and made sound more radical than you really believe, right?

>In any event, I think the Chesterton's Fence reference  is not quite the right one, since I don't think either you or I are really confused about what HP is for

The key part in this case is "Rather, they should be able to show how tearing things down constitutes an actual improvement." Not just "by not using X we would be forced to be more creative about how we do things". I think the person who would said that would need to show actual alternatives for X and that these alternatives are improvement over using X. Otherwise, it's like cutting budget of a film in hope that it will become better due to creators of the film being forced to become more creative with their more limited means.

Theoretically, it can indeed happen, but other outcomes are much more likely:

A) People use their limited means more creatively, but this doesn't make film better compared with alternative world where the budget wasn't cut.

B) People fail to be creative and just fallback on cheaper and more primitive techniques and make shorter, less polished, film

>the response to the "imagine how limiting hands are" argument would be "imagine ways of interacting with the world that are not bound by what hands alone can do" which would lead you to, you know, hammers and axes and tools and writing implements and so on.

You provided quite ironic examples for alleged results of thinking outside "use-hands" worldview. Because they still need hands to useful, you still use your hands, just indirectly. So, say, sentient handless humanoid aliens wouldn't came up with idea of, say, hammer, at the least not in the form that humans invented, which shows that hammers created by humans weren't created outside of "use-hands" worldview.

I would rather extend "imagine ways of interacting with the world that are not bound by what hands alone can do" by adding "and if you fail to make an improvement, fall back to hands-using worldview".  This way this turns into a creative procedure that won't make things worse (in the worst case) and can even make things better (in the best case). If we replace "hands" with arbitrary X, we can use this procedure in general to increase amount of originality in our projects.

This is a pretty good example of how applying some of the most basic tools of philosophy can make an argument seem clever even when it's not actually that clever, and also of how finding the flaws in a thing is at best tangentially related to improvement. "X is objectionable in the following ways, and should therefore be done away with" is about as facile an argument as there is to be had, because doing away with X results in some other status quo which may (for all anyone knows, given the limits of the argument) be worse!

This is easily shown. Suppose I tell you that hands are bad. They constrain the ways in which we interact with the world. If only we didn't have hands, we might explore new and interesting ways of eating, or typing, or sexually stimulating one another. Think of how limited the world is, to those of us with hands! If we cannot manipulate a thing with our fingers, we scarcely think it is worth manipulating at all! And certainly it is true that people who lack hands approach the world differently, they have totally different qualia and sometimes see solutions to problems that handed people would never have noticed, solutions that even make the world a better place for handed people! Why, just think of the utopia we could inhabit, if only we got rid of hands.

Hopefully the problem is clear, here. On one hand (heh) there is clearly something to be gained from interrogating our priors, shifting our paradigm, whatever you want to call it. Recognizing those concepts that bind your thinking is potentially a step toward freeing your mind to think original thoughts. But as the pithy wooden-bladed ax meme communicates, just because you're original doesn't mean you're useful. This is related, I think, to Chesteron's Fence, but goes a bit beyond it. Not only should you understand the purpose of a thing before you tear it down, but the burden of proof on those who propose to tear things down is not merely to show that thing is unnecessary. Rather, they should be able to show how tearing things down constitutes an actual improvement. The standard label is "Pyrrhic Victory," I guess (or "baby with the bathwater?"), though that seems sufficiently broad that I want a more narrow label to identify cases where people identify legitimate problems but then fallaciously conclude that the solution is to burn something the ground. Canonical examples might be burning down your house to get rid of your bedbug problem, or injecting bleach into people to kill infectious microorganisms.

In the particular case of Hit Points, they really are just an instance of a score-keeping mechanism for certain arbitrary tasks in a gaming milieu. There are lots of great video and tabletop games that haven't got them, both today and in past decades. Are some game designers limited by HP thinking? Sure, probably. But anyone who claims the problem is universal in game design is mostly just exhibiting their ignorance of the history of gaming.

I think you accidentally posted pure MacOS version, instead of MacOS and Windows combined version.

Thank you! I experienced joy. It's a rare emotion for me, as it turned out.

Symbols chart, in case something happens with imgur.com link or if people (like me) have to use VPN in order to access imgur.com due to overzealous government. 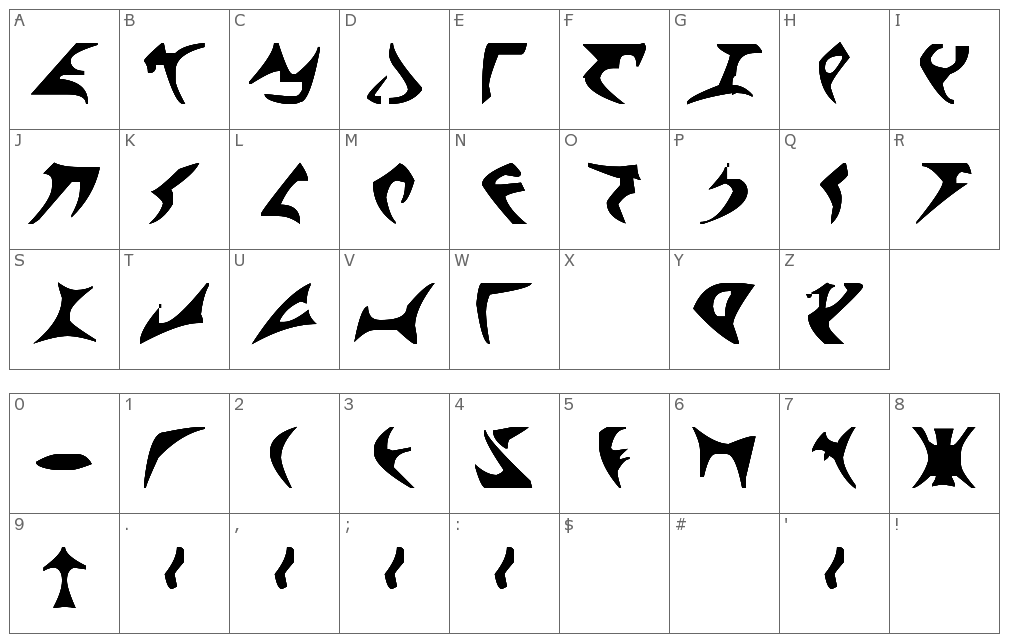 Other attributes that the game uses, but that aren't metioned.

SPOILERS!!! My solutions:
At first I included everyone who who is self-aware, so I got a monkey and a parrot.

In order to exclude the monkey I added "(black or brown or white or yellow)" (althought it's bizzare that monkey doesn't count as brown, but the parrot counts as yellow)

The parrot is young and doesn't wak, while among the humans presented there are no young people who can't walk, so in order to exclude parrot I added "(old or walking)"

So, I got "self-aware and (black or brown or white or yellow) and (old or walking)"

"walking", but this excludes old man in a wheelchair