Wow! This is such a fresh idea; it's simple to conceptualize and reason about, but it also has substantial depth and lends itself to some interesting puzzles.

From controlling time to, now, bending space…this is a great puzzle that isn't too hard – if you can figure out how to interpret it!

This is pretty nice! You really do get the hang of using Subleq after beating each level. Although since the test cases are random, you can pass all three cases while having bugs, which also makes bugs harder to find. Regardless, I had fun squinting at lowercase letters for 30 minutes.

I was able to match or improve all of your best low-char scores (with solutions that truly work in all cases). Here are my improvements, including the code, where slashes separate lines:

I think my favorite part about this is that these aren't just random sounds – these are used in real languages as distinct sounds, from tonemes and vocal register to approximants and fricatives. As far as I'm concerned, this is a tool to experience the nuances of phonology firsthand.

This is an excellent game based around discovering game mechanics on your own, an aspect that games rarely lean into, even though I find it to be incredibly satisfying. Figuring out how to progress is a science, experimentation and all, and everything comes together in the end.

I'm glad this mechanic immediately reminded me of Rosetta, even before reading the description. I can only thank you for rating Rosetta in the first place, which placed it in my feed and lead me to chase down its cryptic secrets.

These are all solid puzzles; each mechanic is taken to its strangest extreme, making for some interesting puzzles and setups without being too hard to wrap your head around.

Wow, this is an incredible puzzle game; every puzzle is so clever and challenges how you think about  the fundamental rules of the game. For me, 6-3 was a moment of sublime beauty where I finally understood the hat's inner workings, and all of my previous intuition clicked into place.

The deductions are great all the way through, I would recommend this to any experienced puzzle-solver.

This was made using Puzzlescript, which is great for making grid-based puzzle games quickly.

Wow, there was so much more to this game than I was expecting! You really have to be paying attention to find and obtain all the collectibles – let's just say that I resorted to good old-fashioned paper and pencil. It's very achievable though, so I hope others find this gem and embark on the same adventure I did!

Uh oh, that sounds like cheese was involved - but then again, it's hard to tell.

Edit: Oh, I'm dumb. I designed that level in my head and I guess I didn't consider you could just...

It just doesn't have level select because I am unable to share a hack link from that specific fork of PuzzleScript.

Overall, the movement and mechanics here are solid (especially with configurable controls), but I found myself noticing problems with the levels themselves. As a puzzle designer myself, I hope to be able to communicate how I think about progression in puzzle games and why something felt a bit off about the levels.

First of all, quality of life is something that can and should be baked into the levels themselves. That means making it easy to execute not just the solution, but also any experimentation that takes place first. Most of these levels do this well, but I still feel like it's important to remember going forward. Level 3 in particular I wish was a little smaller, and had a "catch" in the ceiling so that the rising block wouldn't squish you.

Also, being able to replay previous levels is more important for puzzle games than other genres, because you might want to process what just happened and learn from it. I would say that, in this demo, backtracking is possible but discouraged. The levels are indistinguishable from the hub, and a completed level will be missing its key entirely. These have easy fixes though, like making the (strangely hidden) level names visible from the hub, and leaving a grayed-out or dotted-line key in finished levels.

Being able to learn brings me to my last point; while the levels have a progression of difficulty, they don't have a clean progression of knowledge. Having unique eurekas is fine, but when none of the ideas are built upon and everything is different, there is no sense of learning how to solve the game's puzzles. This leaves them feeling disconnected, and effectively, having the same difficulty for a new player, who goes in knowing none of the ideas used for solutions. Going further, when you reach a puzzle that requires you to consider the consequences of a fundamental mechanic, such as solid objects being stopped by other solid objects, the player should already be familiar with that mechanic. However, I found myself discovering and applying a mechanic in the same level, to the point where the puzzles could be considered "unfair." Don't get me wrong, figuring out new mechanics is enjoyable, but most levels turned into poking and prodding, trial and error, instead of logical thinking and planning ahead.

On the other hand, I feel that a few of the levels just aren't good teachers. Level 2 can be solved accidentally, risking a player missing the finer points (the magnet dropping from the rotating door, and the magnet being able to fall through platforms). Level 4 is simply unclear; I found two different solutions, and I'm not sure if either of them are intended, nor did they teach me useful techniques or ways of reasoning about the game elements. "Cheese," as unintended solutions are known, are fine when they are much harder to find than the "real" solution (making for some interesting speedruns), but cheese can undermine a puzzle and its lessons when it is a lower mental hurdle than the intended solution.

While I have pointed out a lot of design decisions that you might consider changing, there is still a lot to like, and I would encourage you to keep building on what you've learned about game design. Level 5 was probably my favorite, being a pure puzzle with a non-obvious solution, and the movement feels great, making a great environment for poking around the puzzles (although throwing the magnet might need a touch-up, I didn't realize that the mouse controlled throw direction at all). Still, I encourage you to find a way of thinking about how players approach puzzles, even if it doesn't match my own puzzle design philosophy outlined above, because player knowledge becomes more important as you add more complex levels.

Somehow, you have constructed the perfect puzzle to intuit your way through while being entirely clueless. It was a joy working through the puzzles, but I feel like the game was toying with me at every step; I guess that fits thematically, though.

That happened because I updated the level section with level numbers – there is a hack link in "Source Code" at the bottom of the Links in "More Information," which should allow you to jump forward to the levels you were on.

My original intention was a fancy white hat, but I feel like the dual interpretation of the player fits the theme of the game quite well.

In the rules, it says that the theme would be revealed the day before the jam releases. It is currently 9 hours away from the start of the jam, so I was wondering what the theme was? Just in case you forgot to update the jam page.

I think the reason for not being able to see the map is whether or not you're letting the browser store data. For me, incognito mode prevents the map from working. Whenever you're on a door (for example, when accessing the map) the game tries to save your progress, and if it can't, I guess that the turn just isn't shown properly, making the map inoperable.

How did you get a plant in that position? This is caused by the way the reset system works, it’s the expected behavior for that room, but I didn’t think you could get a plant there.

The map only shows the rooms where you've been. Or are you having a different problem?

Sorry! There is no way to have continuity between different versions. You will keep your progress if you keep the tab open, but other than that, it's out of my control.

In Remnant Labs, explore a facility while finding strange tools that feed into puzzle mechanics. With a puzzle in every room, secrets to find, and mysteries to solve, there is plenty to solve in this puzzle metroidvania – played in your browser for free.

I learned a lot, I even know how to type the alphabet with blank keys now! 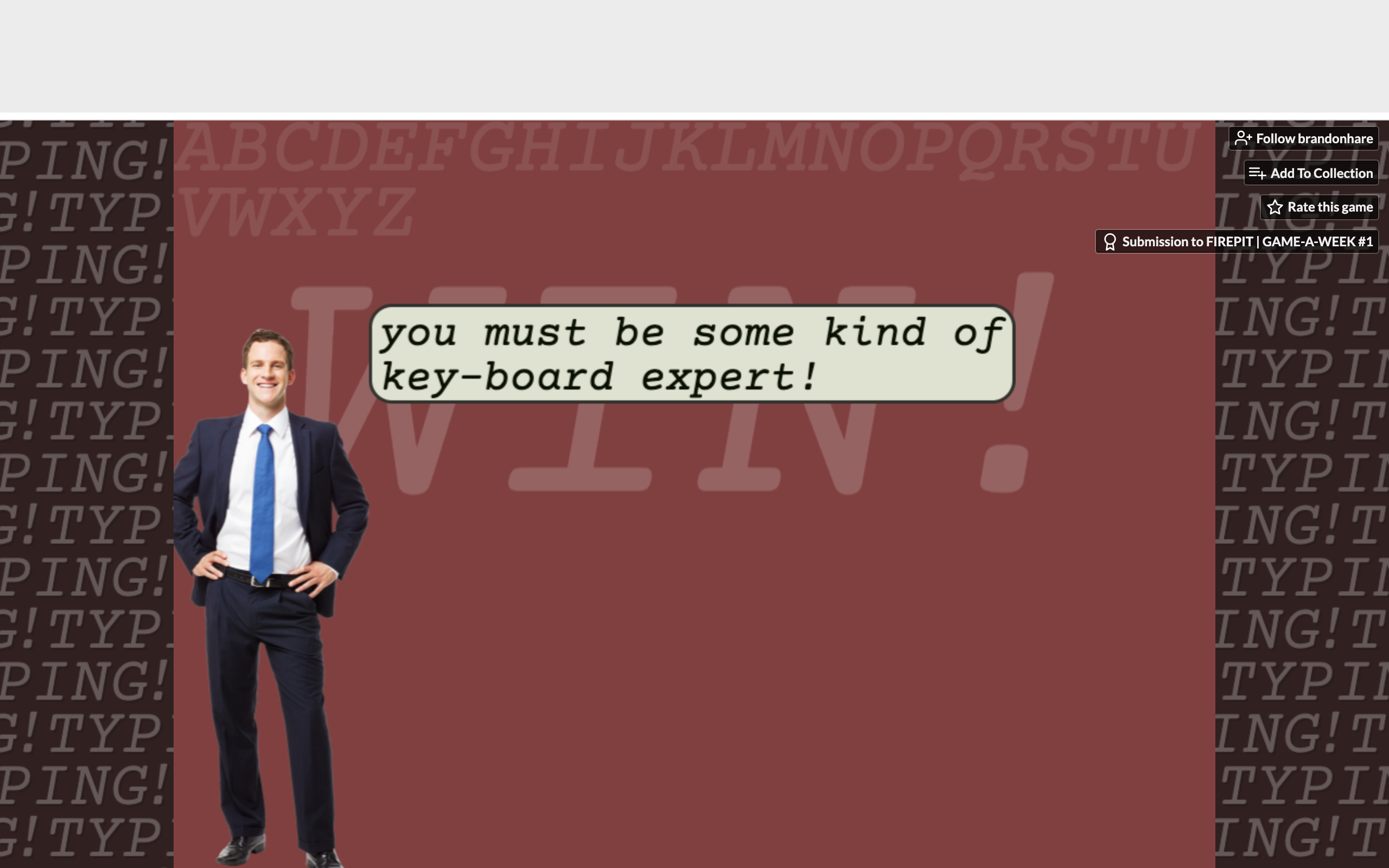 I faced this army in the Player Armies difficulty! I guess that means that it works.

This game is so fun! I was able to complete the Unit-Pedia over the course of a day, and it really forces you all sorts of interesting strategies, so I would recommend anyone to try.

Of course, I also got to know the strong and weak units, in the context of creating every Tier 3. I would say that the Adventurer and Bard are best for staying ahead of the curve, while the Archer and Mage have good damage, and the Warrior provides sturdy cover for ranged units. On the other hand, the Recruit (usually), and the Lancer seemed weak, and I would pass them up when going for the other Tier 3's.

Some of the specific Tier 2 paths also felt lacking. The Hoarder, Shop Keep, and Blacksmith are a bit too hard to use (mostly because I always need to be rerolling to find enough units for Tier 3), and the Entropy Mage never really did much until I already had a Tier 3 defensive wall. My personal favorites were the Hiker, Fire Mage, Scholar, and Weapon Smith, which worked well in lots of different armies.

Overall, it was really satisfying to go from struggling to make any Tier 3's to getting three in a single army – there is definitely a focus on skill, and minimizing luck instead of being bent to its will.

The luckiest thing I had happen was a One Man Army in turn one – that's a shop with only Recruits, and it happened to me twice! 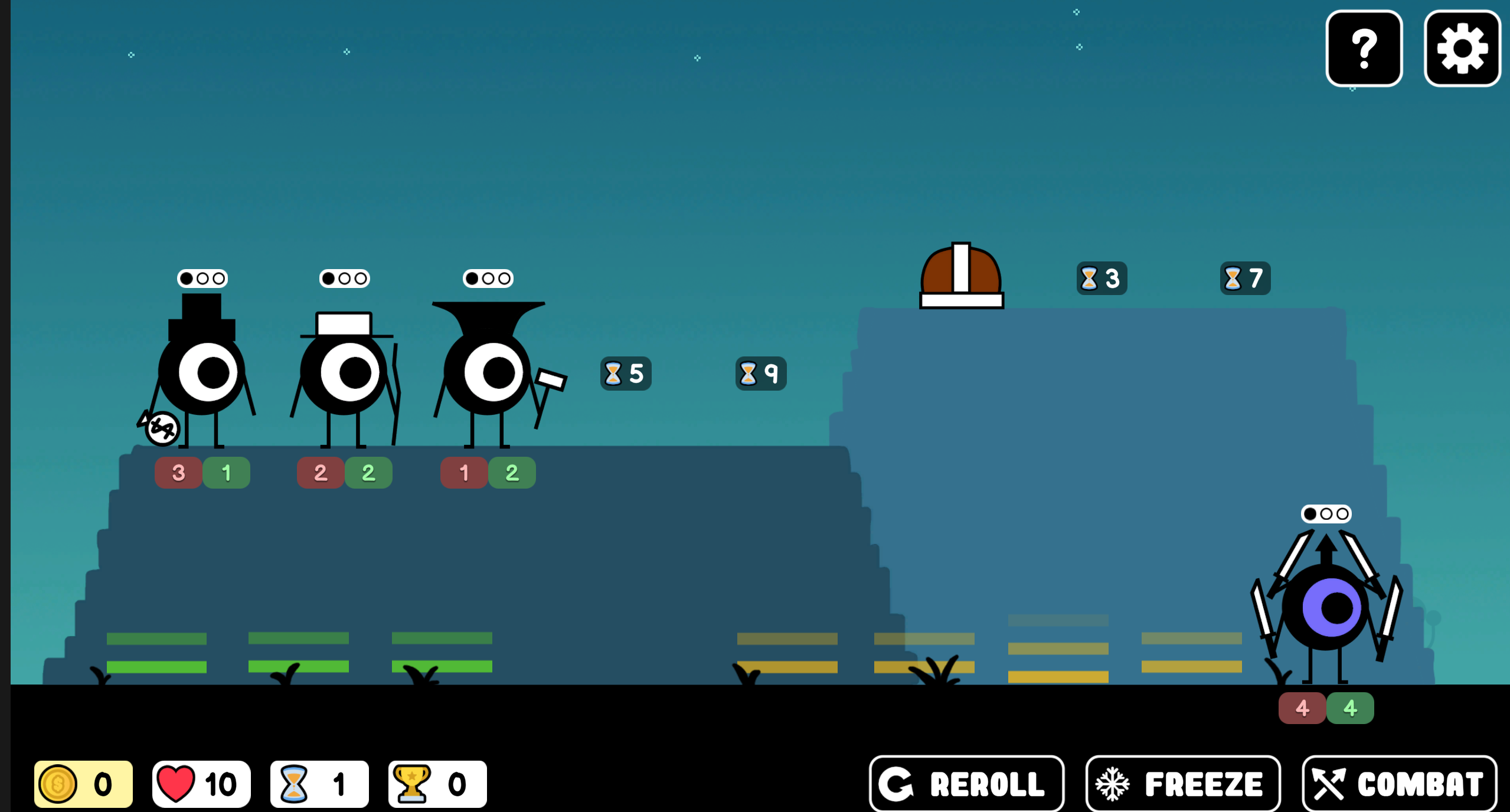 This is so fun! There is plenty of interesting strategic thinking, even if it might not seem so at first.

Really nice game! I was surprised that it managed to stay mostly simple the entire way through, although I did manage use a bug to walk on water in level 22, letting me beat it in a way that definitely wasn't intended. The bug occurs when you can push the rocks in the water while also moving onto those rocks.

As a sidenote, I did go back and beat level 22 without the bug,  and the real solution is brilliant!