Thanks dog. Shit, everyone talks about the visuals, but I only got like 5-10% of the visual shit done looll. Pretty much everything except the girls are placeholders, gonna be completely different in the end. Need to add all the visual effects too and even the bosses need good bit of polish.  I'm holding off on adding that kinda stuff until after the core games pretty much done. I got all 11 levels mapped out already, so it's just a  matter of adding the bosses now. Probably a month or so until I start seriously working on graphics.

Yeah, there'll be some kinda indicator on the bottom or top of the screen that tells you your progress. Someone suggested a go sign too like  a beat em up at the end of the stage too, so might do that as well. G'bless brother

Thanks bro. Mhmm, I might raise the trap sprites a bit higher, or maybe I'll have a sign in the background or something., good call. Bless

Yeah, my style's basically a one trick pony looool, I'm kinda glad that people can tell who made it just based of style though, you know.  Either way, yeah this game's basically just the robot game retooled, god blessss

Thanks, me and the dog have been working triple ot to crank this one out, just glad you like it. Stickers are flashier and definitely do  more d  down the line. Everything so far is pretty weak, level one slime shit. There's fusions locked behind bosses too, those are gonna be pretty useful. The first one is a solid megaman type gun to chip away damage when you're at a distance.  Always appreciated m8, jahbless

I'd be down to add more tricks, just don't know where to put them. Maybe something where you can kickflip off of enemies heads? Honestly the only purpose the skateboard serves at this point to keep me from making walk cycles cause I'm a scumbag.  Nah, the elevator shit's my b, gonna touch it up. Also there'd be a little instruction booklet you flip through before you start that explains things better. Thanks for the feed, god bless uwu

jejeje thanks for playing brotherr. I think I fixed the green guy, was it the fireball one or the head? Both greenos were fucked, but they should be patched up now.  Originally the game had a lot more momentum, definitely some chinese bootleg tony hawk shit. I added enemies though and it just didn't work so well together, then I added combos/aerials and it worked even worse so I scrapped it to focus on combat.  I might try to add an area with more focus on platforming and momentum, who knows. Either way, much appreciated, g'bless.

Really fucked myself over with the placeholder music huh. Gonna be impossible to try to match that in any capacity, but split milk amirite bro. Based on what you said, you're playing the game exactly as it's meant to be though. Abusing the dash is key. If you're looking for more of a challenge though, go to the difficulty selector, bump it to 3, then hold the plus button for a couple of seconds. Go full turbo. Thanks for paying and commenting, always nice reading this stuff, bless

Thnaks for playing broth'r, just glad you liked it. Yeah, definitely gonna tweak based on the comments.  Thanks for the support, god bless

Thanks for playeh. I've been meaning to add that for a minite, but just haven't gotten to it yet. Next month for sure brother

Yeah, I bumped down the kill effects the other day and I'll look into adding alternate control schemes. Adding enemy hp and damage popups and enemy hitbox markers now and I'll beef up the cursor. Jah bless 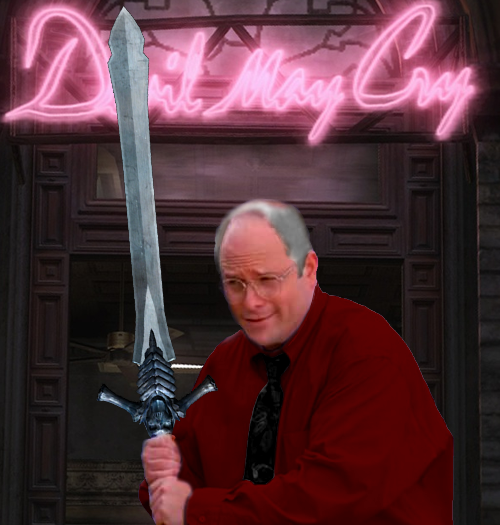 You broke the game, verr nice. Gotta look into that for sure, thanks for lettin me know. There'll be difficulty settings to adjust the number of lives and the speed of the game, so hopefully that'll help later on. For form changing, I actually took them out before uploading because I wanted to tweek them some more. I honestly might just scrap them for the first "episode" and introduce them later on. Either way, thanks for playing, jah bless

I do it for you bby